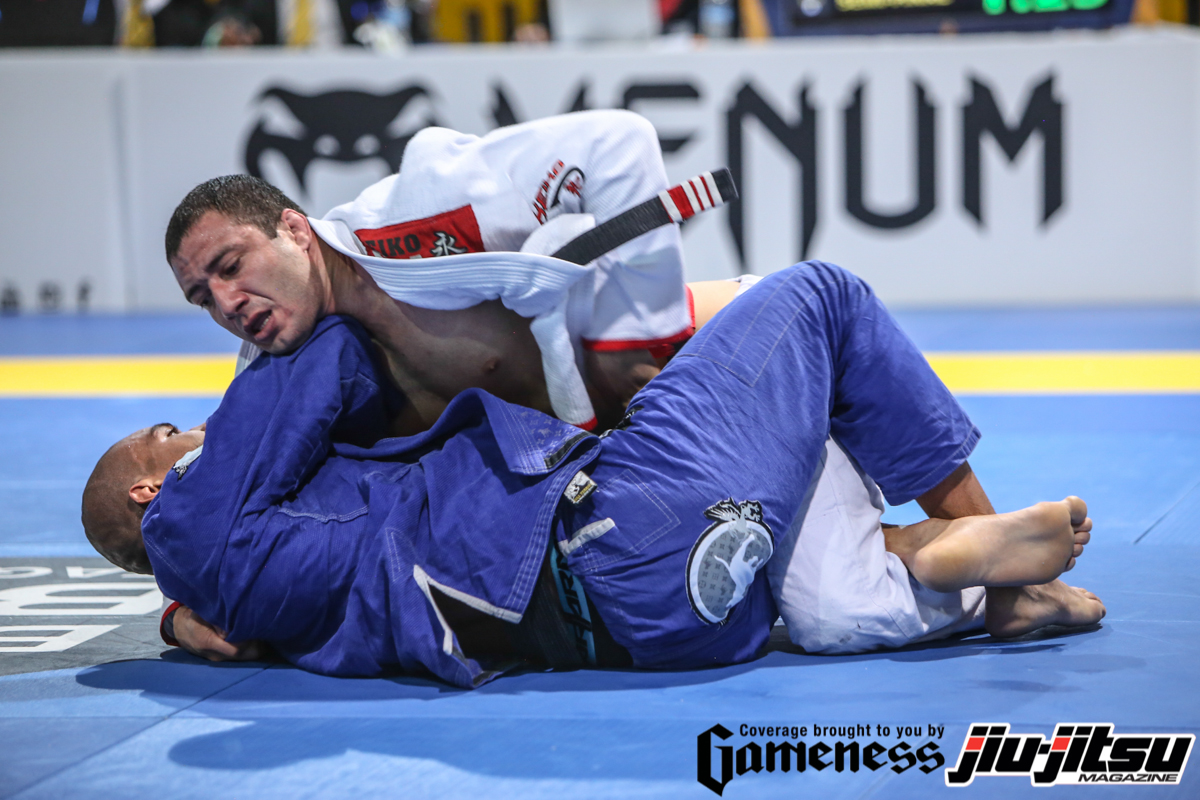 Leo Nogueira tested positive for the substance Clomiphene. Also according to USADA, Nogueira forfeited his gold medal at the 2016 Worlds. He had won the superheavy division after final match against Alex Ceconi. Nogueira is yet to release a statement on the matter. With the sanction, Leo can only return to IBJJF competitions on June 2018.

Here’s the entire statement by the USADA published today.

USADA announced today that Leonardo Pires Nogueira, of Dunwoody, Ga., an athlete in the sport of Brazilian Jiu-Jitsu, has tested positive for a prohibited substance and accepted a two-year sanction for his anti-doping rule violation.

Nogueira, 29, tested positive for clomiphene as the result of an in-competition drug test conducted on June 5, 2016, at the International Brazilian Jiu-Jitsu Federation (IBJJF) World Jiu-Jitsu Championships held in Long Beach, Calif. Although the IBJJF is not a signatory to the World Anti-Doping Code, USADA was contracted by IBJJF to conduct testing for the event and collected Nogueira’s sample in accordance with the World Anti-Doping Agency (WADA) International Standard for Testing and Investigations.

Clomiphene is a Specified Substance in the class of Hormone and Metabolic Modulators on the WADA Prohibited List and prohibited at all times under the World Anti-Doping Code and the USADA Protocol for Olympic and Paralympic Movement Testing, which applied to the 2016 IBJJF World Jiu-Jitsu Championships.

Nogueira’s two-year period of ineligibility began on June 5, 2016, the date his sample was collected. In addition, Nogueira has been disqualified from all competitive results achieved in competitions sanctioned by the IBJJF, or any Code signatory, on and subsequent to June 1, 2016, the date the 2016 IBJJF World Jiu-Jitsu Championships started, including forfeiture of any medals, points, and prizes. IBJJF has agreed to impose the sanction.

In an effort to aid athletes, as well as all support team members such as parents and coaches, in understanding the rules applicable to them, USADA provides comprehensive instruction on its website on the testing process and prohibited substances, how to obtain permission to use a necessary medication, and the risks and dangers of taking supplements as well as performance-enhancing and recreational drugs. In addition, USADA manages a drug reference hotline, Global Drug Reference Online (www.GlobalDRO.com), conducts educational sessions with National Governing Bodies and their athletes, and proactively distributes a multitude of educational materials, such as the Prohibited List, easy-reference wallet cards, periodic newsletters, and protocol and policy reference documentation.

USADA is responsible for the testing and results management process for athletes in the U.S. Olympic and Paralympic Movement, and is equally dedicated to preserving the integrity of sport through research initiatives and educational programs.

With today’s announcement, four athletes have been flagged with doping violations at the IBJJF Worlds since 2013. Gabi Garcia (2013), Braulio Estima (2014) and Felipe Pena (2014) had previously been sanctioned.