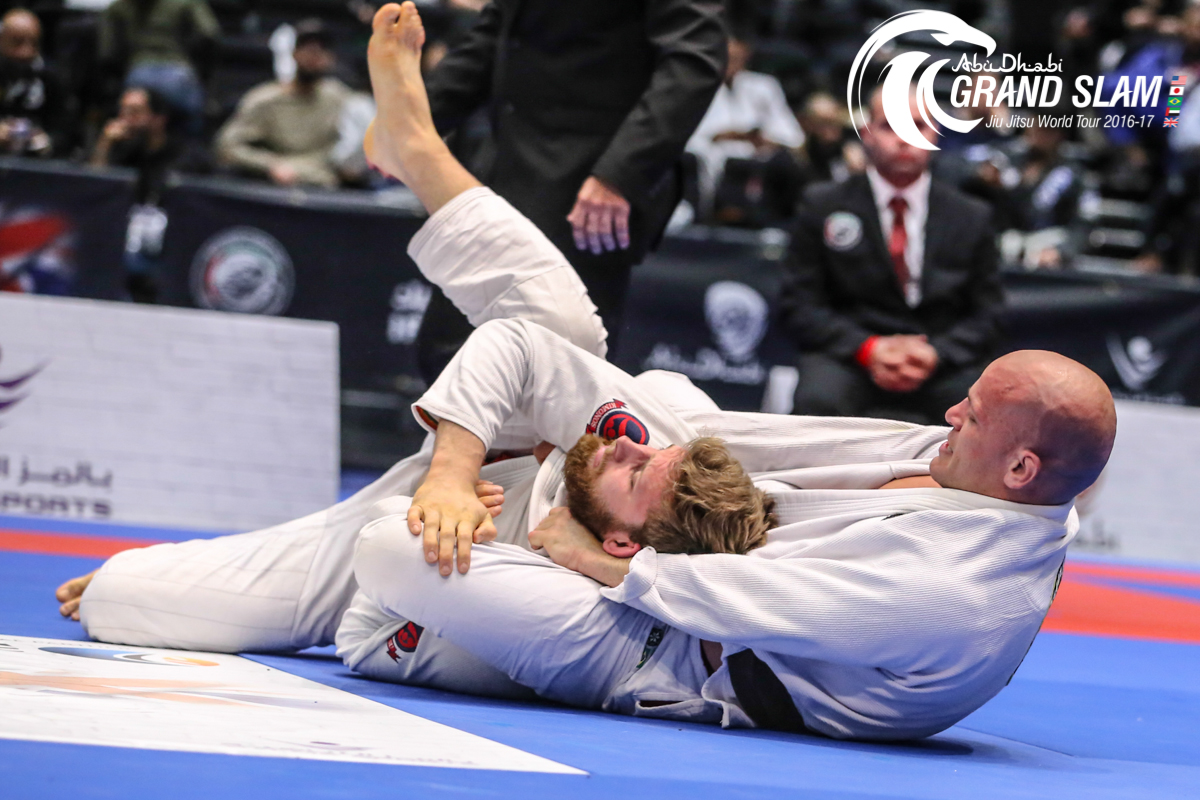 The 2016/2017 season of the Abu Dhabi Grand Slam Jiu-Jitsu World Tour came to an end with another event for the books, this time in London, UK. Big names in the black belt division travelled to England to compete for their share in more than US$ 100,000. Not only the black belt, but all divisions gifted the crowd at the Excel London arena and around the world with thrilling matches filled with tons of heart and the finest technical skills displayed by more than 800 athletes from 59 different countries. Here’s a brief description of how each weight class played out in the black belt division.

62KG – Hiago George kept his crown and won his third gold medal in five events this season, In London, Hiago fought three times. First he outscored Michael Woolf 10-0 in the quarterfinals. The next step was a 2-0 win over Rodnei Junior in the semifinals. The gold medal rested in Hiago’s chest after he was able to reach full mount and put a triangle choke in place to finish Erno Elgland in the final.

69KG – The bracket became wide open when the reigning champion Isaque Paiva was disqualified for not arriving at the venue in time. Italo Lins took the opportunity and in three matches climbed to the highest point of the podium. He first finished Nelson Teixeira with a choke from the back in the quarterfinals. In the semifinals, he beat Maximiliano Campos by points. The final put Italo against Victor Martins and a sweep was enough to put him ahead 2-0 in the scoreboard and secure the title. 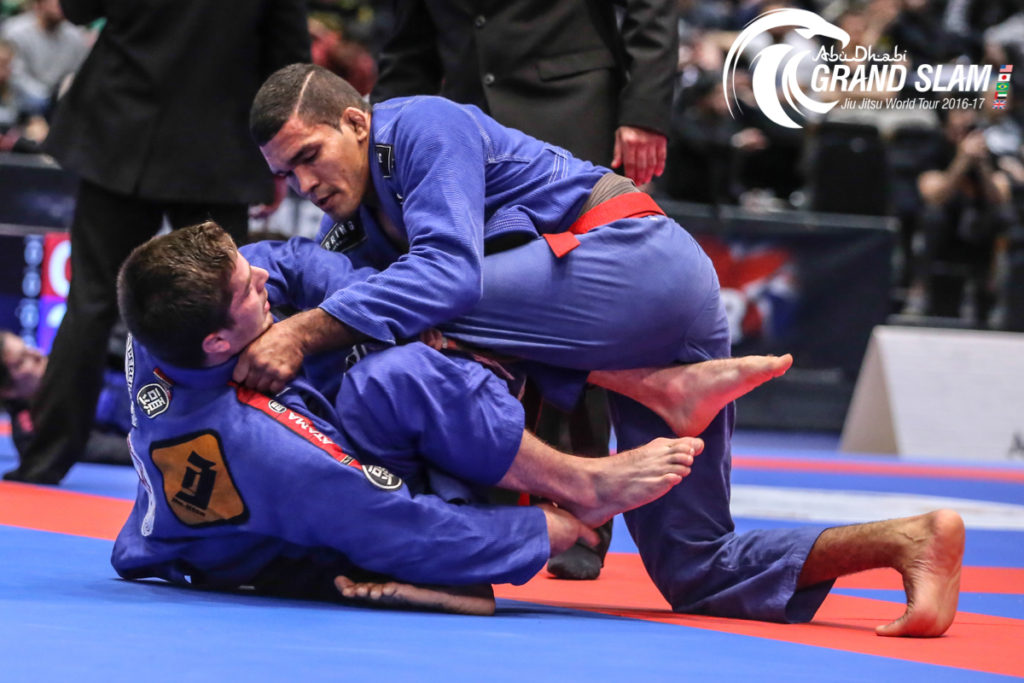 77kg – Talison Costa had one of the hardest paths to the gold medal in the black belt division. He fought four times in London. First he beat Jacob Mackenzie by points, then he outscored Krzystof Suchorabski. In the semifinal, a tough match against Ross Nichols was decided only by the referees. The final match put Italo against Ilke Bulut and a 2-0 lead was enough for Lins to secure the title.

85kg – Charles Negromonte fought twice to reach the gold medal. First he caught Faisal Al Kitbe with an armlock. Then he met up with Santeri Lilus in the final. The gold medal came Negromonte’s way after he reached full mount and choked Lilus, forcing him to tap.

94kg – Xande Ribeiro won his third gold medal in five Grand Slam events this season with two submissions in two matches in London. He debuted with a choke from the back on Jackson Sousa in the semifinal. The gold medal match put Xande against Poland’s Adam Wardzinski, in a replay of the final at the Grand Slam in Abu Dhabi. This time, Xande did not hold back and quickly made to Adam’s back to finish with a bow and arrow choke. 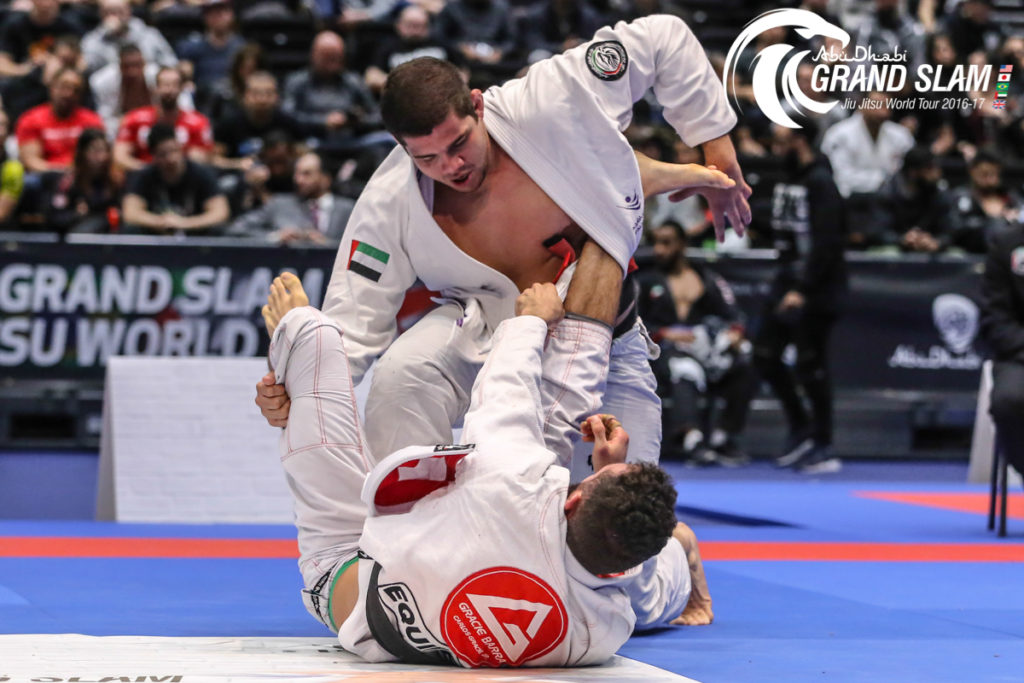 110kg – Jose Junior and Gabriel Arges fought for the gold medal, but also for the lead in the UAEJJF’s annual athlete’s ranking. Arges moved up two weight divisions to try to steal the lead out of Junior’s hands. Unfortunately for Gabriel, Junior was on fire, debuting in the semifinals with a 17-0 blowout on Antonio Junior. Arges made his way to the gold medal match with a 2-0 lead over the always tough Gabriel Lucas. The title and the lead in the ranking remained with Junior after a win in the final for the slim margin of one penalty put him ahead of Arges at the end of a very close final match.

55KG – In a single match, Vanessa English kept the gold medal with the home country after a 3-2 lead on advantages was the edge over Brazil’s Mayra Abrahão.

62kg – Luiza Monteiro fought twice to win the gold medal and the cash prize. First she caught Maria Asensi with a leg lock and then outscored Cornelia Rossier 9-2 in the final.

70kg – Ana Carolina Vieira won her third gold medal in five events this season with a single match campaign. Merciless, the Brazilian took Samantha Cook’s back and quickly found a choke to secure the title. 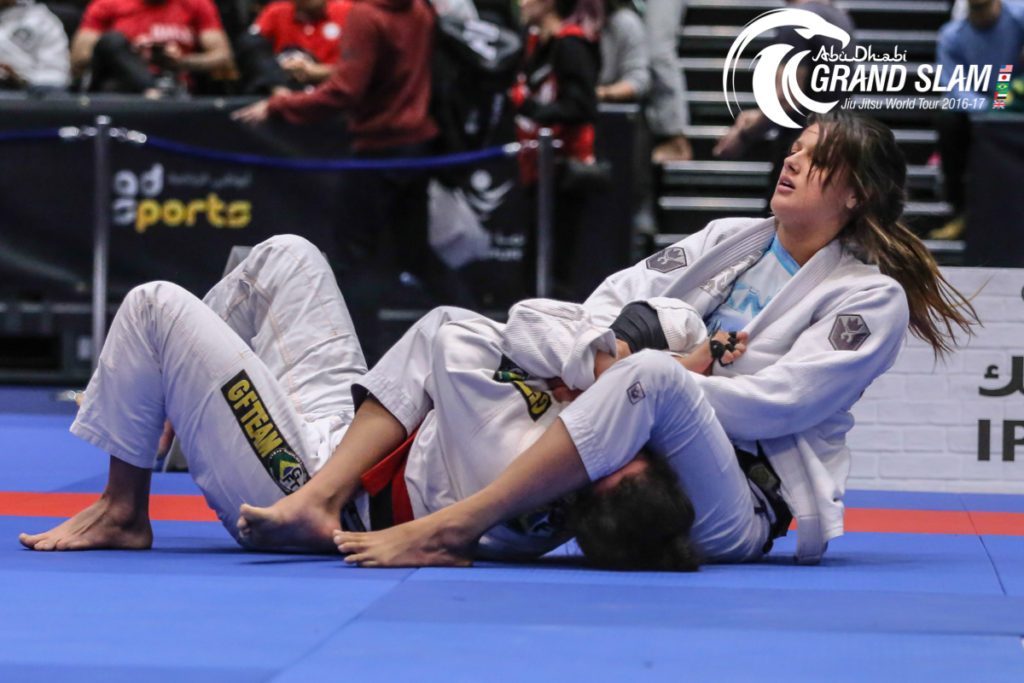 90kg – Nathiely de Jesus also had to fight only once in London to win her fourth gold medal in five events this season. She worked her way to mount Jessica Silva and transitioned to an armbar that meant the end of the match.

In the teams competition, the podium was the following: 1st – Checkmat International (5712pts), 2nd – Roger Gracie Academy (4580pts), 3rd – GF Team (2840pts). Click here for the full results in all divisions at play this Saturday.

Tech Tuesday: Felipe Pena Teaches How to Attack the Calf Slicer From the Inverted DLR Guard