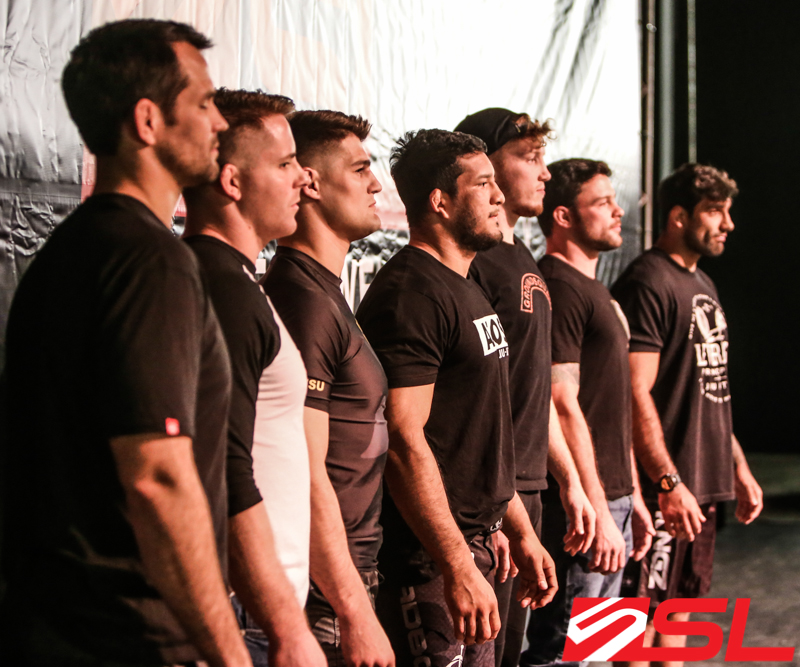 The first battle was won. All competitors made weight for the Five Grappling Super League, in San Diego, California. The weigh in took place this Friday evening at the Lincoln High School, the same setting where the 27 matches will take place this Saturday, March 11.

As announced earlier, João Assis was unable to compete in the GP due to food poisoning. The event announced black belt Marcel Louzado as Assis’ replacement. After the weigh-in, the brackets for the 8-men light heavyweight Grand Prix were drawn.

Other than the Grand Prix, Five Grappling will feature five super matches in the main card.

The program also includes 14 matches in the undercard. The show kicks off at 1:00PM (PT) and the first match on the GP is expected to start around 4:00PM (PT). Jiu-Jitsu fans will be able to watch the sold out show live on FloGrappling.