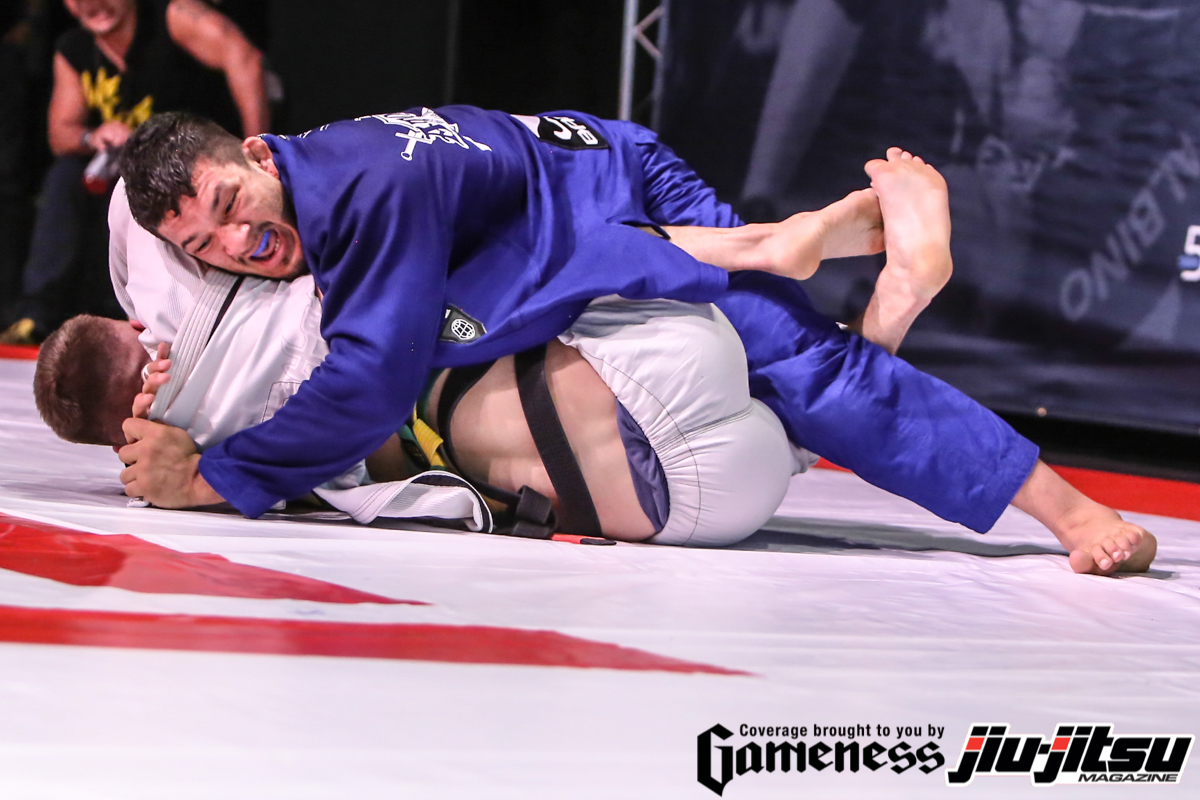 The Five Grappling light heavyweight belt finally has a owner. Atos JJ’s Lucas Barbosa powered through a star-studded bracket to claim the title this Saturday, March 11, at the Lincoln High School, in San Diego, California. The sold out event delivered a full day of action-packed matches featuring a wide array of talents, from young blue belts to experienced black bels.

The highlight of the program, as expected, was the 8-men light heavyweight GP. Lucas Barbosa, Nick Schrock, Tanner Rice, Tarsis Humphreys, Leandro Lo, Eliot Kelly, Erza Lenon and Marcel Louzado gifted the crowd with intense moments throughout the program. Here’s how the bracket played out.

On one side of the bracket, Nick Schrock opened the program at full speed against Erza Lenon. With Saulo Ribeiro on his corner, Schrock, aka The Moose, quickly found his way to his opponent’s back and took control of the lapels to get a choke in place.

Then, it was time for the other “all-American” quarterfinal match, between Tanner Rice and Eliot Kelly. The Norcal duel did not end in submission, but Tanner managed to convince the three referees that he deserved to be in the semifinals with good attacks from the bottom like an omoplata that got Eliot in trouble to escape. 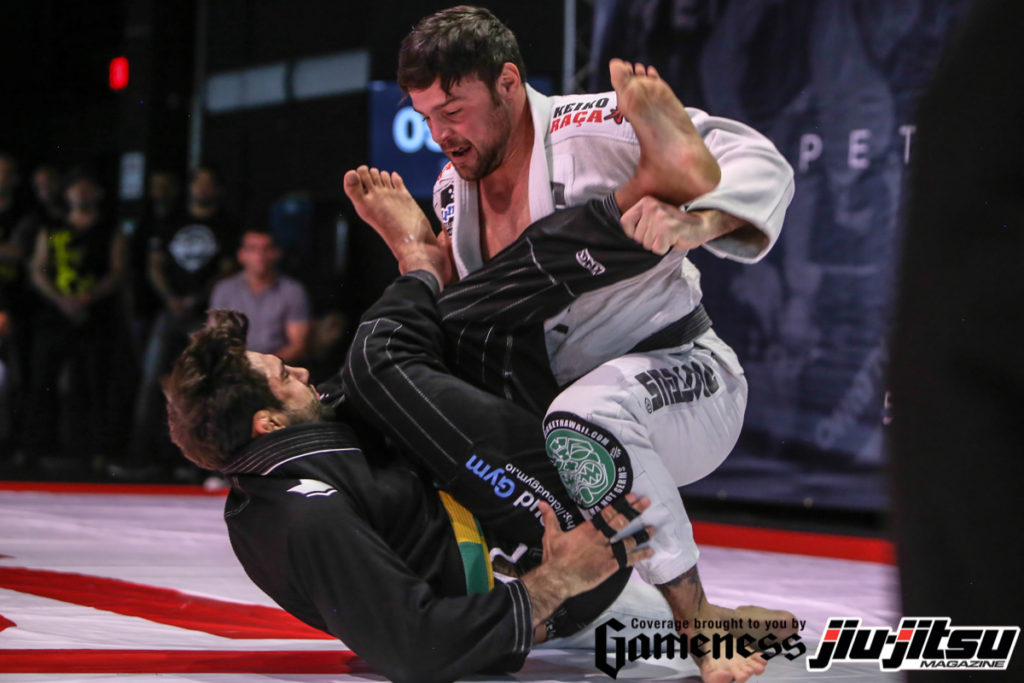 The “Brazilian” side of the bracket kicked off with the biggest upset of the evening. Tarsis Humphreys kept the pressure on Leandro Lo for the entire six minutes of their match. A near guard pass midway through was probably enough for the three referees to consider Tarsis more effective and grant him the pass to the semifinals.

The last quarterfinal featured Lucas Barbosa and last minute stand in Marcel Louzado. Despite the short notice, Marcel proved to be ready for action. Both athletes chose not to take too many risks and remained on their feet, looking for a chance to take the opponent down. The referee saw it differently and ended up penalizing Louzado twice for lack of combativeness, which led to his disqualification and Barbosa securing a spot in the semifinals.

Nick Schrock knew how dangerous Tanner Rice’s guard could be, so he used all his pressure and also his speed to give Rice no space to attack. Schrock did more than that and also worked hard to pass, which in the end granted him a referee decision win and the spot in the final. 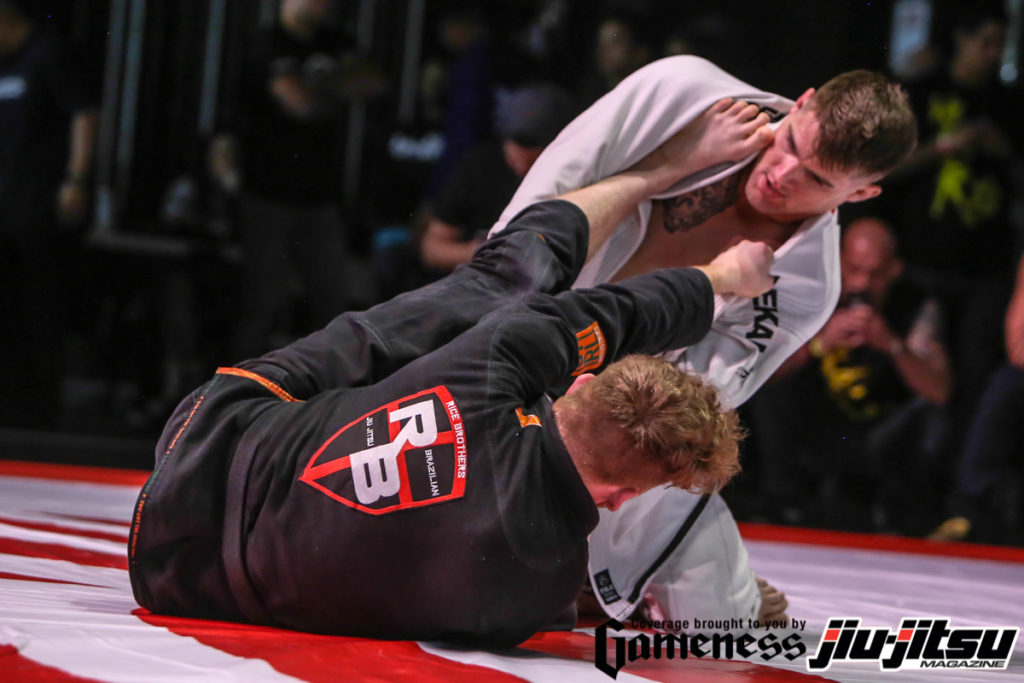 Pressure was also Lucas Barbosa’s main tool to give Tarsis Humphreys no room to move during the second semifinal. Barbosa threatened Humphreys’ guard throughout the match, forcing Tarsis to turn to the turtle position several times. In the end, the referees decided in favor of Barbosa.

Once again, Tanner Rice made the best out of his well known guard game to catch Tarsis Humphreys in a foot lock that secured him the third place.

As expected, its was an all out war. Both Barbosa and Schrock had no intentions of giving the opponent even one inch of advantage during the match. Powerful takedowns were the greeting cards presented by both athletes. Once on the ground, Barbosa was more successful on staying on top and threatening Schrock’s guard. He passed once, almost took the back and attacked at least one toe hold that caused Nick to spin his way out of the tough spot. In the end, the referees all agreed Lucas had done more during the match and unanimously declared him the winner and light heavyweight champion.

Lucas talked about his accomplishment: “I am extremely happy. I had three tough matches and I was able to come out on top at the end of it all. In the final match, I knew I had to take him down and control on the ground. He is a great opponent and I am glad I was able to make my game work.” 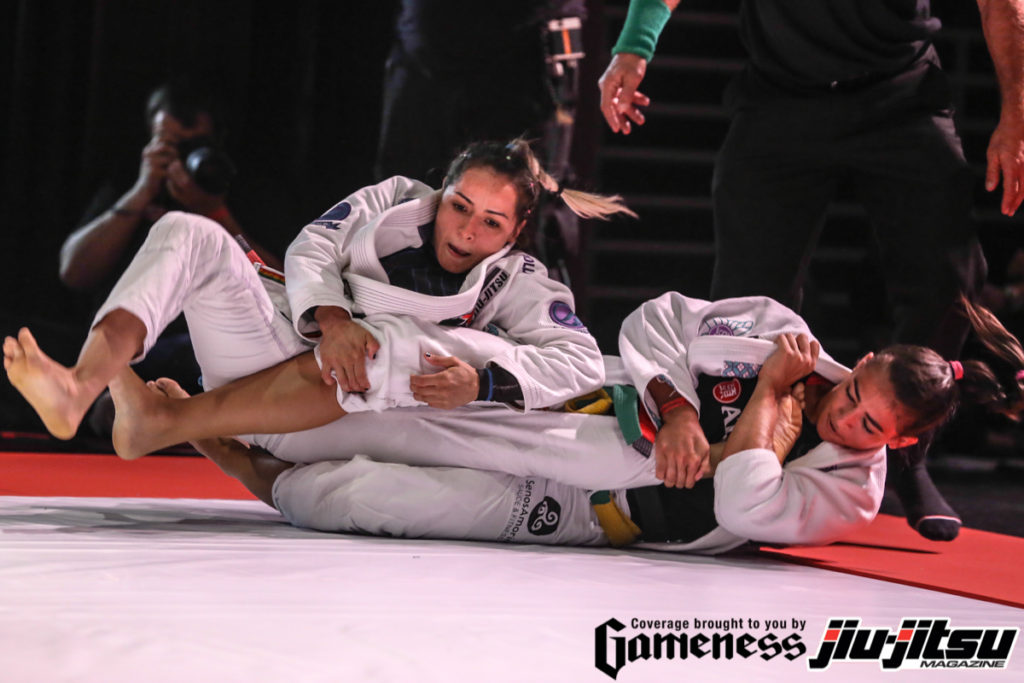 First, Gabi McComb and Catherine Perret battled it out for six minutes. Gabi came out as the winner via referee decision.

Tammi Musumeci left nothing for the referees to decide. She “berimboled” her way to Janet Bishop’s back and finished with a neck crank.

Francisco Iturralde fought his way into Magid Hage’s guard and almost landed in full mount while avoiding the dangerous baseball choke that made Magid famous. Iturralde secured the victory via referee decision.

The final super match of the evening put Bia Mesquita against Talita Alencar. One of the most accomplished Jiu-Jitsu athletes of all times, Bia went for the kill and almost got it with a beautiful leg lock attack. Talita fought bravely as she always does and escaped the tight spot, but could not avoid the defeat via referee decision.

Hugo Marques caught Johnny Souza with a choke from the back

Brent Buskirk caught Nathan Murphy with an armbar inside the triangle for the finish.

Sergio Hernandez caught Alfredo Barum with a choke from side control

For more info go to facebook.com/FiveGrappling.