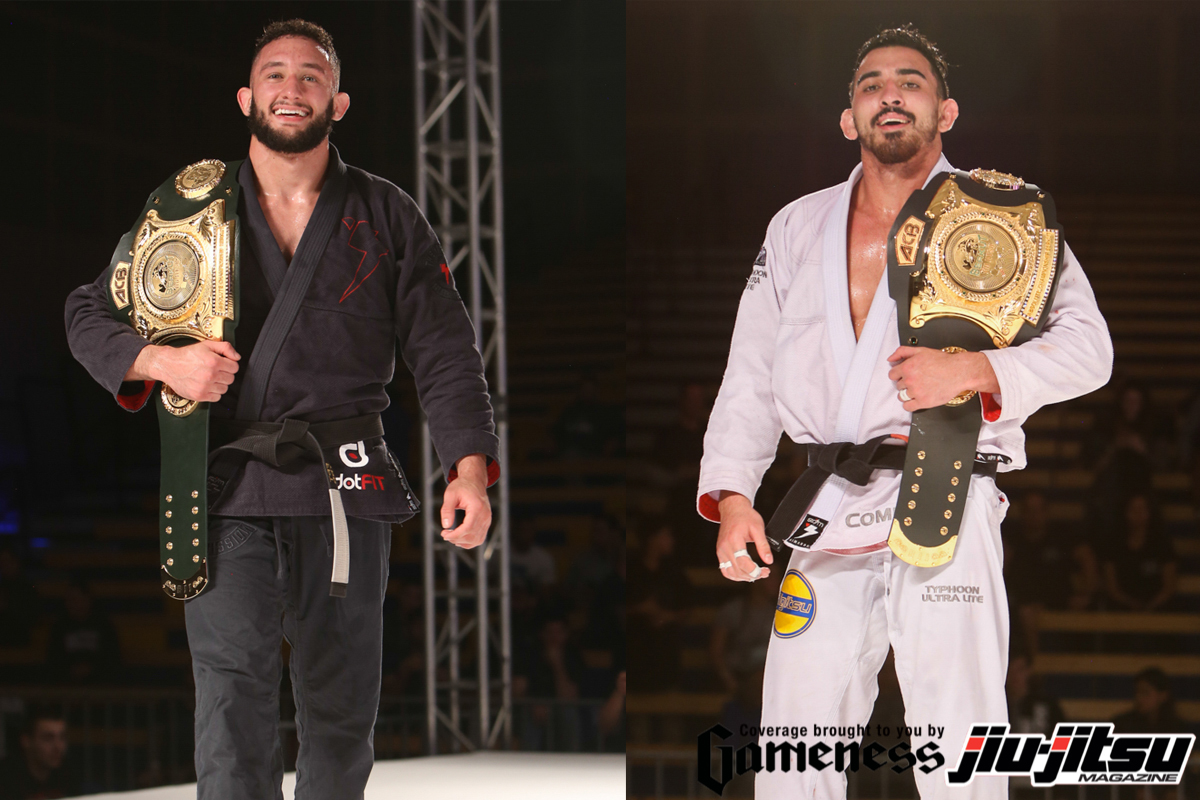 The first two belts of the Absolute Championship Berkut World Grand Prix already have owners. Two of the Barral boys, Gabriel Arges and Edwin Najmi claimed the 85kg and the 75kg respectively after beating three opponents each this Saturday evening at the Santiago Canyon College, in Orange, California. Here’s how they did it. 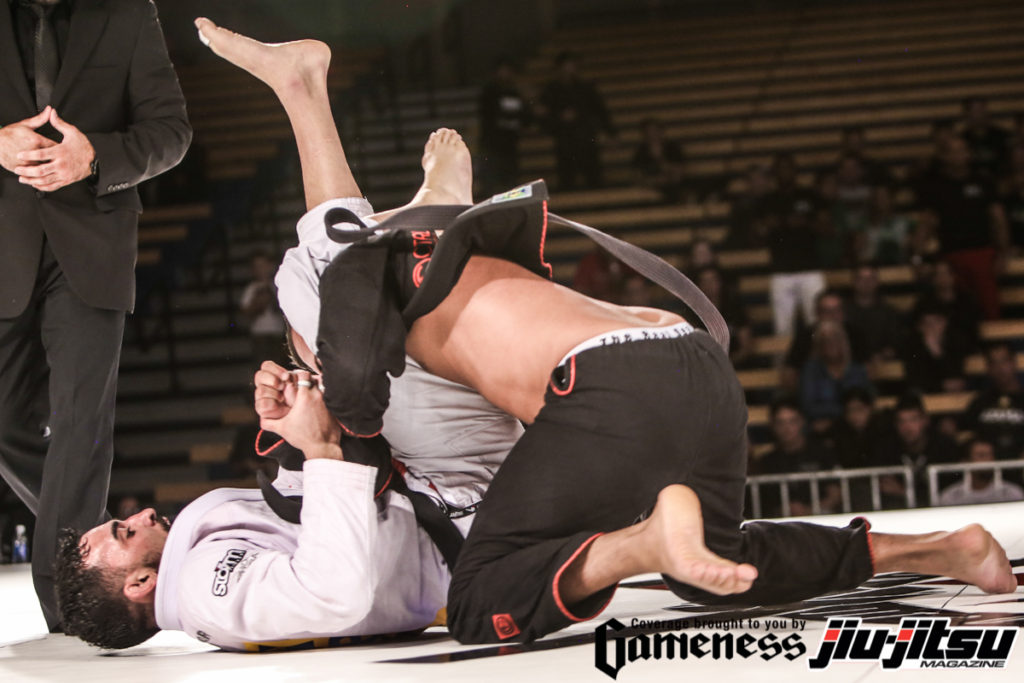 Even Edwin Najmi didn’t believe in himself anymore. At the end of the second round of the final, the Gracie Barra athlete knew he was in deep trouble. Marcio André had complete control of the match, having won the first round 14-0 and the second 7-0. The second round ended with André in position to finish the match with an armlock. But then, everything changed as soon as the third round started. As Romulo Barral and Gabriel Arges yelled from the corner that “nobody had the heart Edwin has”, Najmi went on the offensive and little by little took control of the action. It seemed that André’s fuel tank had gone completely empty and now all he could do is try to defend himself. Unfortunately for the Brazilian black belt, Najmi was able to set up a triangle and get the tap. Barral and Arges rushed to celebrate the incredible comeback. “It was the craziest match of my life so far! I was dead tired. I came back from the dead to win this match. It was awesome,” said Najmi. 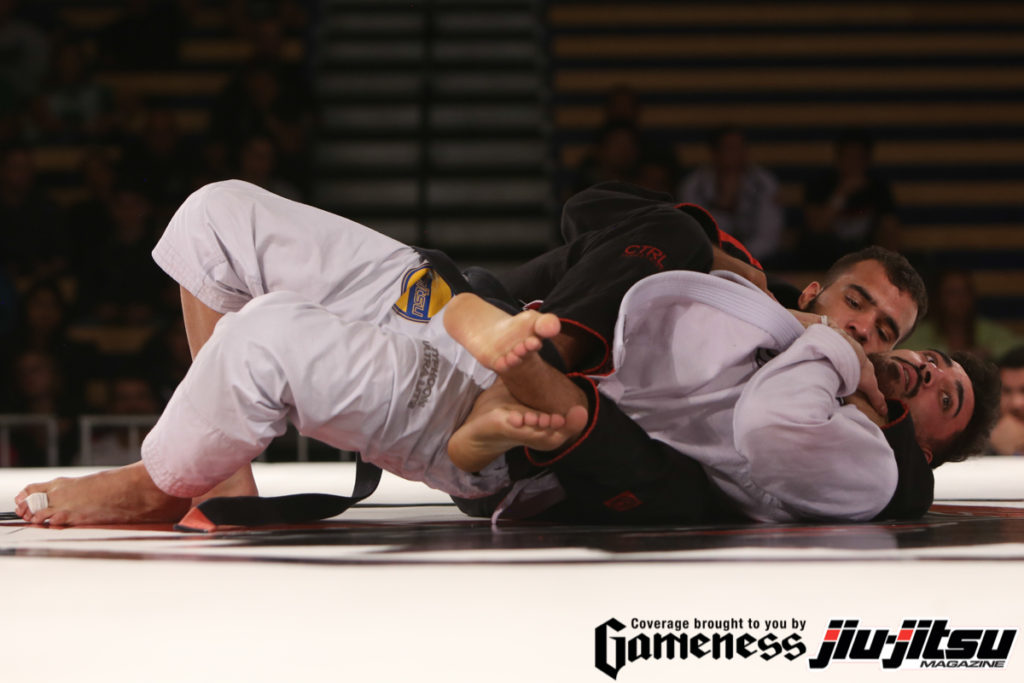 Before the final, there were lots of thrills in the division. Michael Langhi beat Rodrigo Caporal in the first match of the bracket to make to the semifinal. Then Marcio Andre outscored AJ Sousa in his debut. Najmi caught David Adaev with an armbar in his quarterfinal. The fourth quarterfinal was a thrilling match between AJ Agazarm and Davi Ramos, won by Davi.

In the semifinals, Edwin and Langhi waged war in a close and thrilling match decided only by the judges in favor of the American. Marcio André won the first two rounds against Ramos and then was able to keep the match under control to advance to the gold medal match. 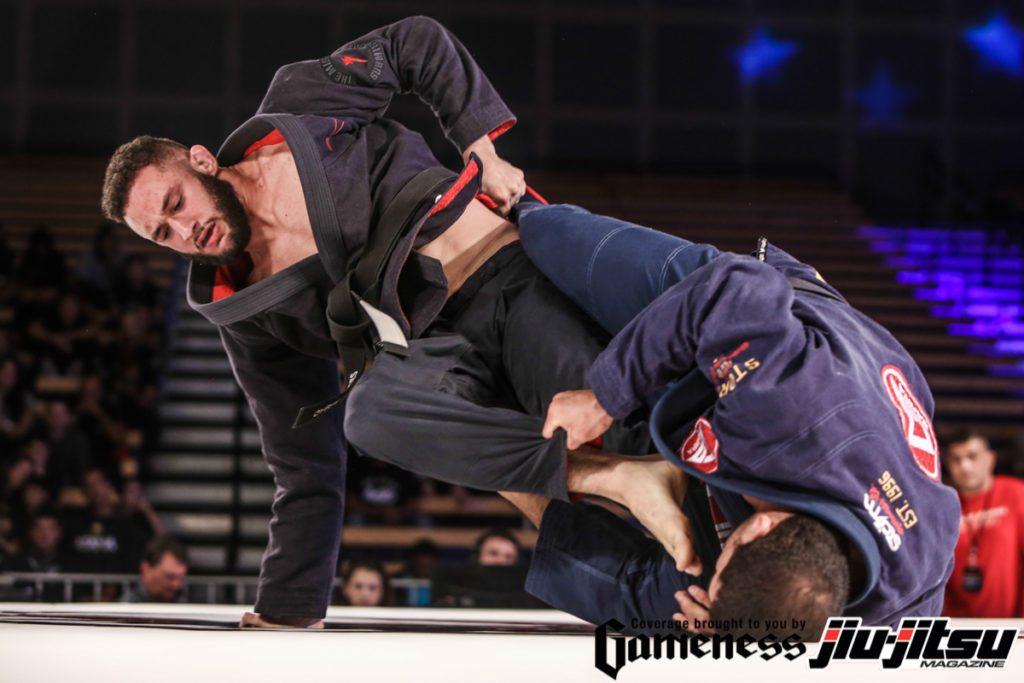 They are teammates, they are training partners and they are friends. Even so, Gabriel Arges and Otavio Sousa once again had to compete against each other in the final of a black belt division. It was the third time they’ve done so in the past months. The match was short lived. After a close first round, Gabriel made his way to a sweep early in the second round and was able to get a leg lock in place that left Otavio no other option than to tap. “I didn’t want to fight Otavio. He has helped me so much with my game. It is great to have such a high level middleweight in the same team. On the other hand, we need to be professional and deliver a good show to the crowd,” said Arges after the match. 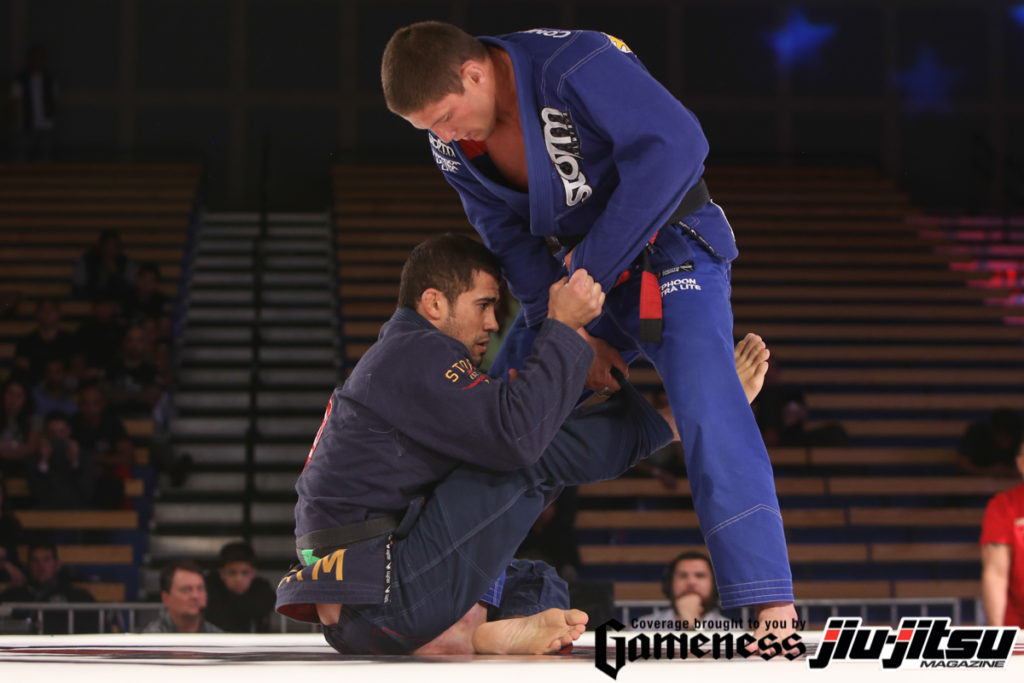 The division had no shortage of highlights in the matches leading up to the final. Arnaldo Maidana opened the bracket with a referee decision win over Victor Silverio. Then, Otavio choked Thiago Sá from the back in the second round to make to the semifinals. Arges debuted with a tough win over Josh Hinger when he won one of three rounds. Claudio Calasans Jr became the fourth semifinalist with a 2-0 lead over Lucas Rocha in the 2nd round.

In the semifinals, Arges caught Maidana with a triangle in the first round while Otavio and Calasans Jr. waged a three-round war decided only by the referees in favor of Sousa.

C0verage brought to you by Gameness. Go to our Instagram page to get the full play by play coverage.

Epic! Watch Najmi vs. André in one of the best matches of the year so far