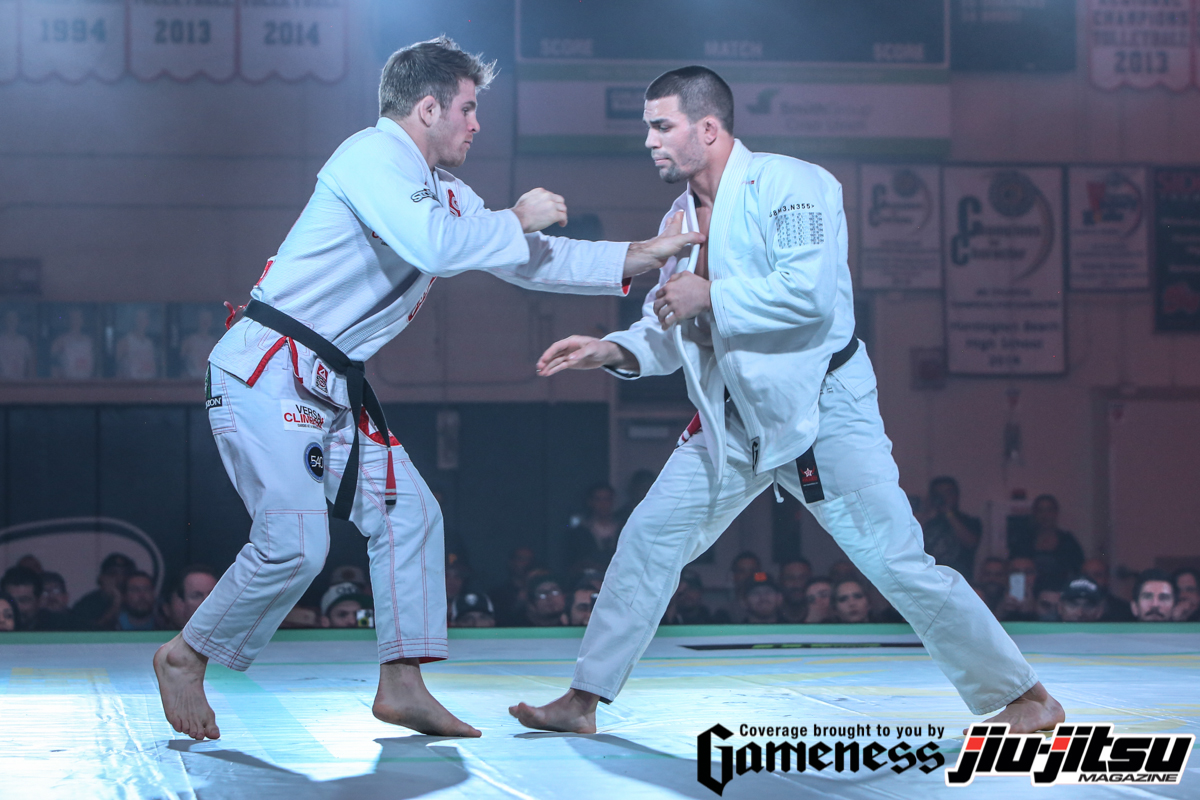 The traveling show of the Fight to Win Pro productions finally made a stop in Southern California this Friday, February 3. The Huntington Beach High School was the setting for 27 thrilling matches ranging from teenage blue belts to some of the most famous names in the Jiu-Jitsu community today. Three matches deserved special attention from the packed gymnasium in Orange County. Here’s how each one of them played out. 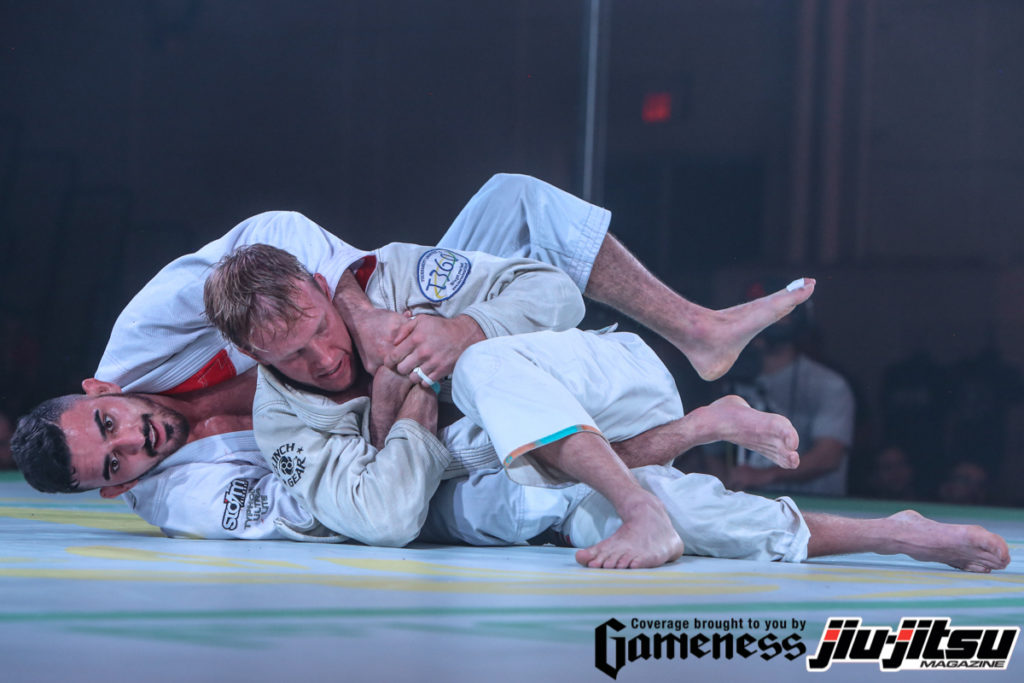 The Gracie Barra black belt was originally scheduled to fight DJ Jackson. Nathan Mendelsohn got the call to replace an injured DJ one week before the event. Najmi said before the match that nothing changed for him with the new opponent. “I always train to finish my opponent, no matter who he is.” The match itself was fast paced with Najmi controlling the actions since the beginning and being able to take Nathan’s back twice. Fearless and very determined, Mendelsohn resisted bravely and was able to avoid the submission. In his best moments, Nathan was able to endanger Najmi’s guard. In the end, all three judges declared Edwin the new lightweight champion. 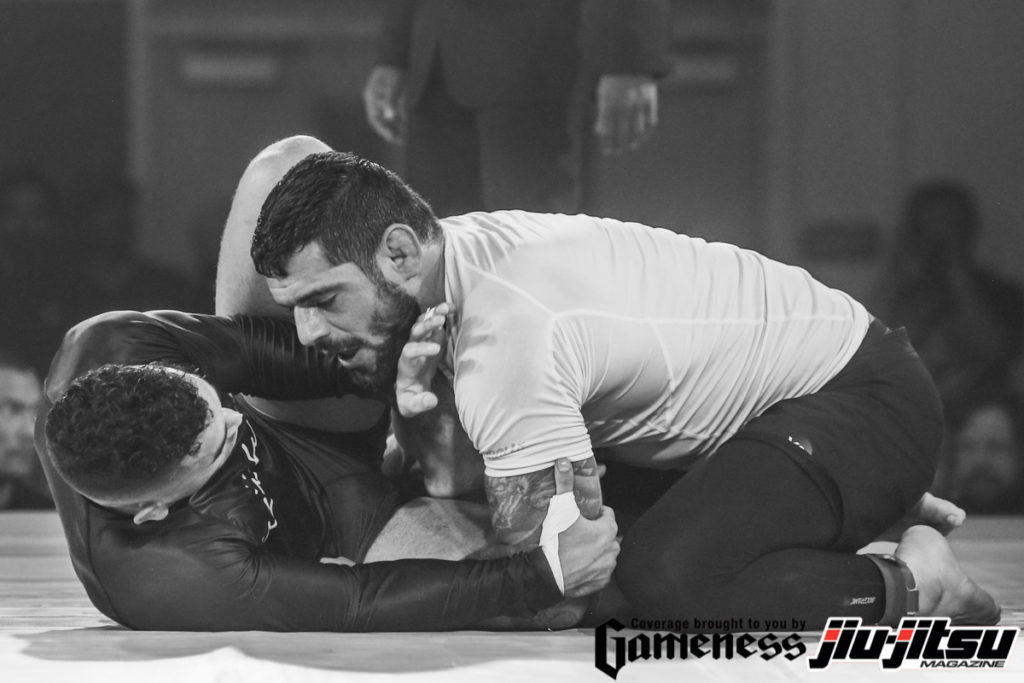 The 2013 ADCC 99kg division champion was going to face Jeff Monson in the co-main event. Mike Perez replaced the Snowman on very short notice, but seemed ready to go. Assis stayed on top working the pass as Perez fought back from the bottom. The Atos JJ black belt attacked the guillotine a few times, but Assis was able to defend with lots of experience. As the clock winded down, the match got more heated. Perez resourced to pushing Assis away from his guard with his legs and at least once the movement came very close to a kick on  João’s chest. At the end, the referees saw Assis as the winner and still the light-heavyweight champion to a lot of protest by Perez’ corner, including André Galvão. Assis and Galvão exchanged not so nice words in the backstage after the match. 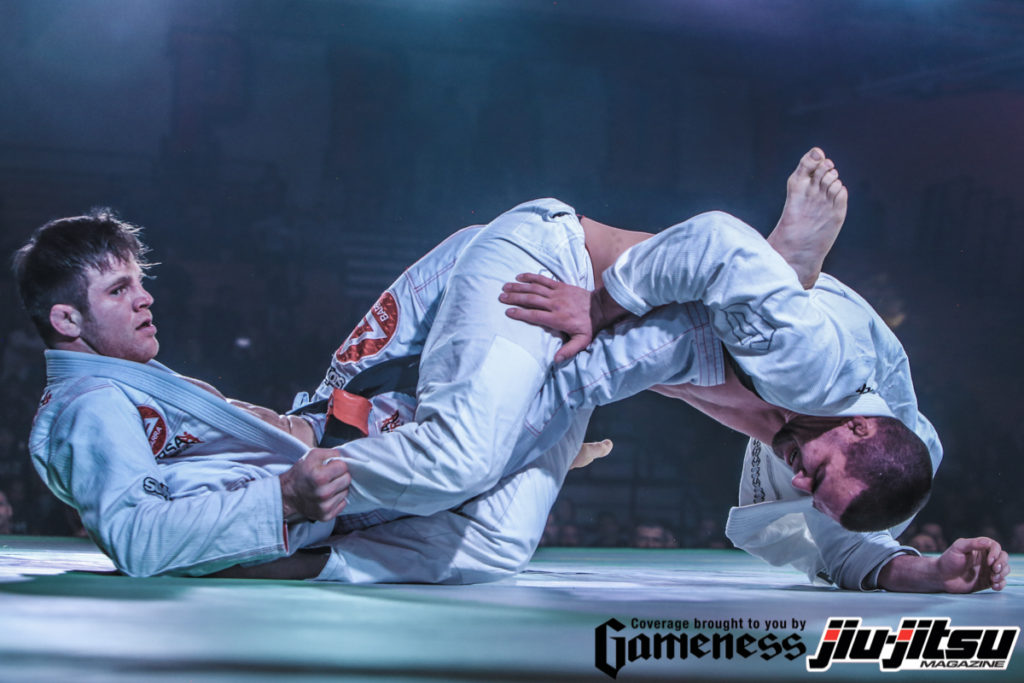 The notorious music video of Ralek Gracie’s G in a Gi rap song played to the crowd’s delight moments before Garry Tonon entered the match for the evening’s main event. At first, it was very strange to see Tonon wearing the traditional kimono. “It’s been three years since I last competed in the Gi. I did one training session before this match,” said Garry before the match. On the other side, AJ Agazarm, much more used to competing in the gi. The match delivered everything it promised to be. Tonon displayed his usual style of going for the kill no matter what while AJ searched for dominant positions. Tonon was able to put several attacks in place. He had a kimura that made AJ spin to defend early on. A little later, he attacked an armbar, also well defended by Agazarm. Tonon’s best moment came with a leg lock that had many people in the crowd cringing in agony with the way AJ’s knee bent. Agazarm, brave as always, resisted and did not give up. He was even able to pass Tonon’s guard at least three times. Near the end, he even got to full mount for a moment. The referees were unanimous in pointing Tonon the winner. He talked about the match. “I think I did what I came here to do. I really felt the difference of wearing the gi and he was able to get in better positions than me, but I went for the submissions no matter what. That’s what we train for.”

Coverage brought to you by Gameness. Click here for a full photo gallery.

Go to our Instagram feed for the play by play coverage,