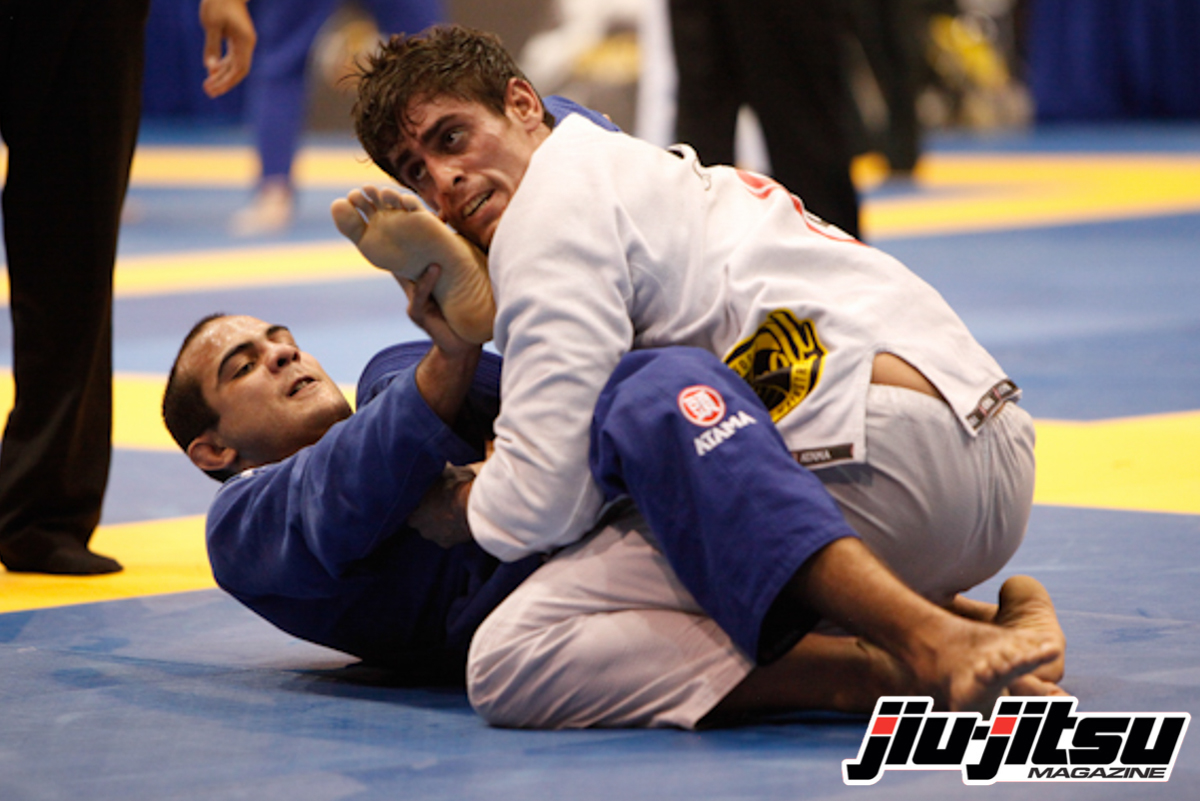 This past weekend was one of the most eventful days in terms of Jiu-Jitsu in a while. There was plenty of action for all likings all over the USA. Here is a brief write up on everything that took place in the past three days.

In Portland, Oregon, Chael Sonnen put together the third edition of his show that features grappling matches in a MMA cage under EBI style rules. The main card was stacked with big names and the matches did not disappoint. The highest point came when Antônio “Cara de Sapato” Junior pulled off a beautiful flying triangle to catch Garry Tonon in the co-main event. Many saw the result as unexpected, but if you look at Junior’s record in BJJ before he transitioned to MMA you will see that he had all the credentials to do what he did. The other three matches in the main card were also thrilling. Gordon Ryan returned to his routine of wins after the setback against Felipe Pena with a triangle armbar finish on Joe Baize. Chad Mendes needed to go to overtime to beat showman Jeff Glover by rear naked choke. The main event saw an all out war between AJ Agazarm and Dillon Danis that also made its way to the overtime. In the end, Danis needed less time to escape Agazarm’s submission attempts and was granted the win under EBI rules.

In São Paulo, Brazil, some of the best grapplers of the country competed for seven spots in the world event, scheduled for September 22-24, in Finland. After all was said and done, the final results were.

After six days of Jiu-Jitsu in Lisbon at the 2017 European championship, the IBJJF held its first event in the US in the new year and the setting chosen was San Jose. Atos JJ’s Lucas Barbosa was the standout with quadruple gold at the black belt division both at the gi and no-gi competitions. He beat Vinny Magalhães in the absolute final in the gi and Eliot Kelly in the no-gi open class final. Click here for the complete results.

As the 2016/2017 calendar comes to its final months, athletes don’t want to miss any chance to add points in the UAEJJF ranking in search of the big money prizes reserved for the leaders at the end of the season. For that reason, the Orlando International Pro gathered some big names in Florida this weekend. Gabriel Arges won the 85kg division after battling it out against Victor Silvério. Xande Ribeiro was the 94kg division champion after finishing Jorge Rodrigues in the final. Leo Nogueira made it to the 110kg title after beating a tough Aaron Johnson in the gold medal match. Click here for the full results.

Tech Tuesday: Queixinho Teaches the Backward Sweep From the DLR