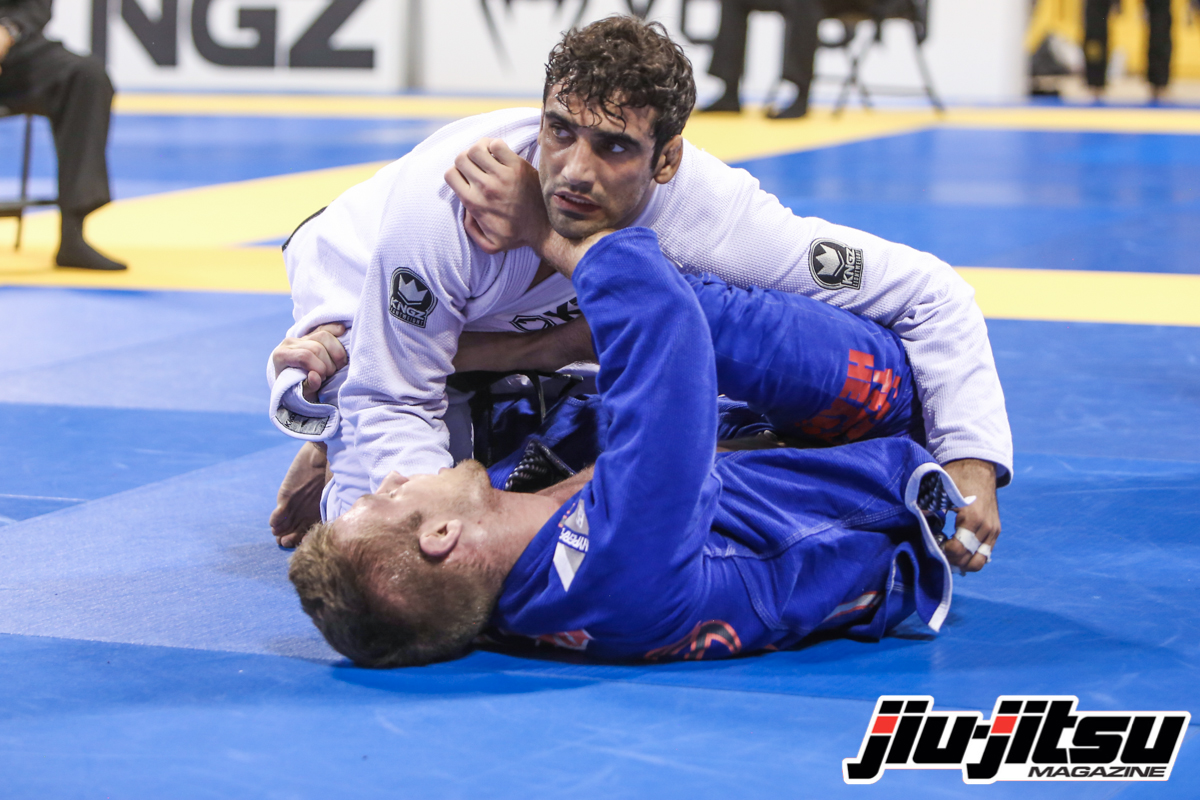 Leandro Lo: “I want to be as strong and as ready as I can be for the open class at the Worlds”

You can say Leandro Lo has one ultimate goal in his Jiu-Jitsu career. He wants to be a black belt open class world champion. Already a 5X gold medalist as a black belt in three different weight classes, in 2017 it seems that he’s going for his fourth different division, this time as a heavyweight.

The first experience could not have gone better, results wise. In Lisbon, this past weekend, Lo ruled over both the heavyweight and the open class to win double gold at the European Championship. He told us what was different this time: “The heavyweights are a lot stronger, but they move less. It was a good experience overall.”

Before the European, Lo had said that he was planing to go back to medium-heavy, the division he fought at the Worlds in 2015 and 2016. Now, he’s not so sure anymore: “I don’t know what weight class I’ll be at the Worlds. I’ll try to go up as much as I can. I want to be as strong as I can be and as ready as I can be.”

Lo nearly made it to the absolute final in 2015 and 2016, finishing third both times. He’s pretty certain what was missing back then: “Being strong is very important for the open class, as well as being fit. I don’t think there’s a recipe. Let’s see what happens when the moment comes.”