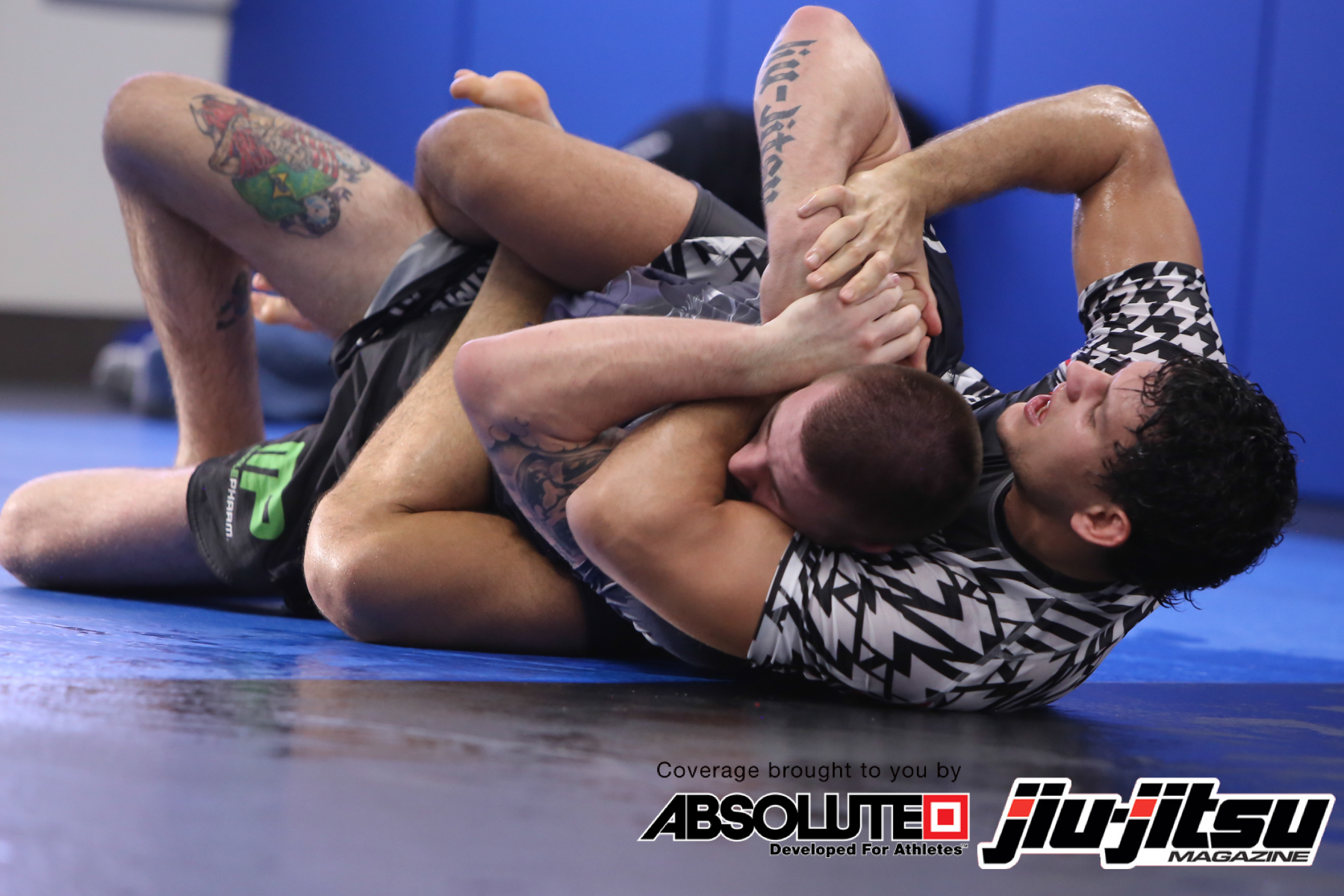 Six warriors, three matches and over two hours of great Jiu-Jitsu this afternoon at Studio 540, in Solana Beach, California. A selected group of Jiu-Jitsu fans and members of the press were the only ones allowed in the venue to watch Kennedy Maciel take on Nicky Ryan; Garry Tonon and Kim Terra settle some bad blood and Felipe Pena and Gordon Ryan battle it out in the main event. Here’s how things went, what the fighters said and the best images of each match. 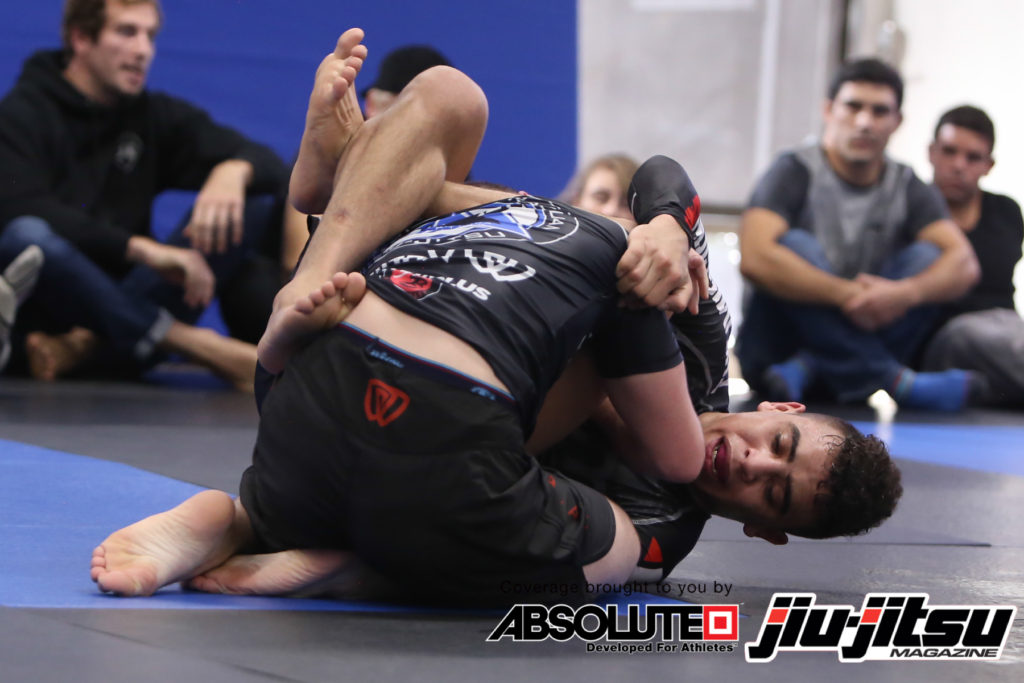 The son of 4X black belt world champion and 2X ADCC champion Rubens Cobrinha and the younger brother of 2X EBI champion Gordon Ryan opened the card. Kennedy followed the strategy of not allowing Nicky to get close to his legs for an attempt of heel hook or foot lock. Kennedy did more and was able to pass Ryan’s guard a few times and finally took Nicky’s back with half of the time gone. Nicky was fierce to defend and eventually was able to escape the body lock without allowing a chance for Kennedy to sink the rear naked choke. In overtime under EBI rules after the 30 minutes regulation, Nicky attacked first and took Kennedy’s back to try to choke him out. Three minutes passed before Maciel was able to escape. In his turn, Cobrinha’s son also chose to start in the back and after some scramble, transitioned to the mount and got a triangle in place. Nicky fought bravely, but had to tap. “It was my first super match ever. He’s a very tough kid, despite being so young. I could not have won without my team’s help, specially my dad,” said Kennedy. Click here for a full photo gallery. 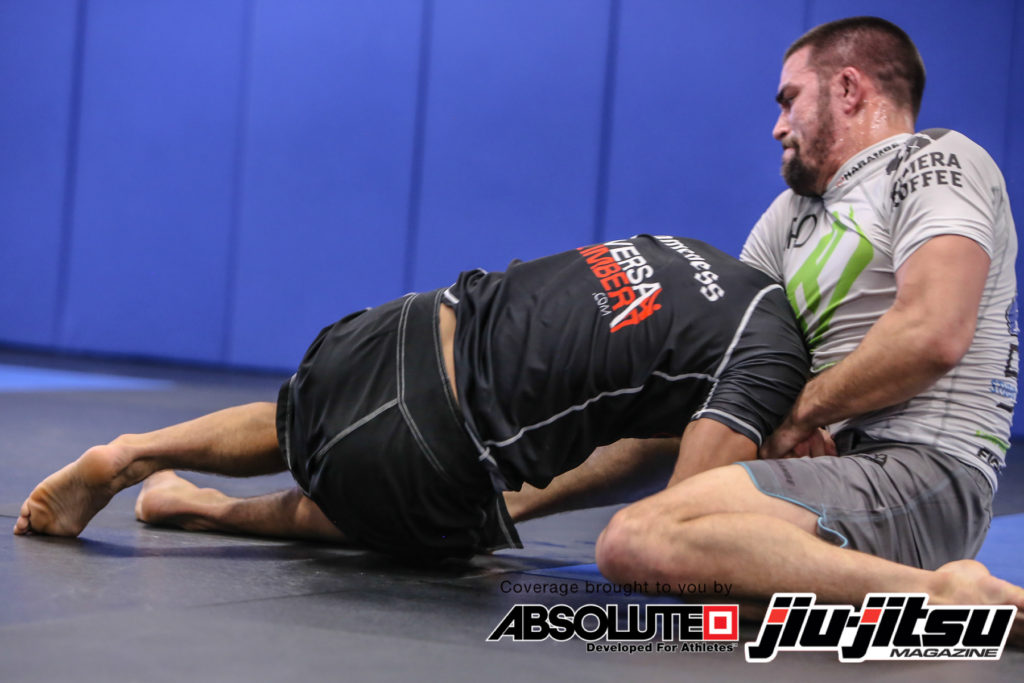 After a lot of trash talk, the match between Terra and Tonon was surprisingly filled with mutual respect. Ok, at one point, Kim slapped Garry in the butt, but other than that it was a very serious affair. Kim strated out more active and put some pressure on Tonon’s guard. Caio Terra’s brother was also able to attack a few foot locks and toe holds, but Tonon showed no inclination to tap. Little by little, Garry came back to take control of the match. With a little over 14 minutes in, Tonon was able to sink in a guillotine and did not let go. Terra fought for some time, but to no avail. The tap soon followed. “I enter every match with two goals: to win and to be exciting. I think I accomplished both today. In this match, specially, I wanted to not have my guard passed and also achieve the submission by attacking Terra’s upper body. I also did both,” said Tonon Click here for a full photo gallery. 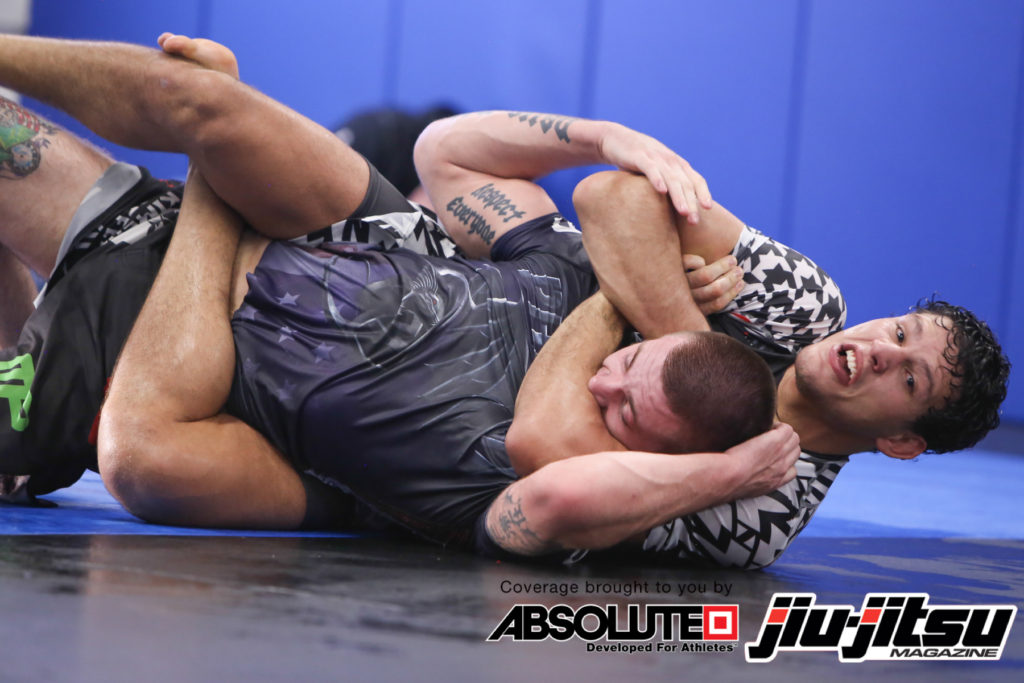 Felipe Pena took a while to find his rhythm. Gordon Ryan was right at home in a submission only 60-minute match. the 2X EBI champion had the control of the action in the first 20 to 30 minutes of the match. One inverted armbar that flipped Pena on his back and almost landed Ryan in full mount and one attack to Felipe’s foot were Gordon’s best moments. As time passed, Felipe found his rhythm and managed to pass Ryan’s guard a few times, ending in  the north-south position. Even so, the 2015 double gold no-gi world champion was unable to find an opening to try a submission attack. The moment came around the 40th minute of the match. After a scramble as Pena tried another guard pass, he finally was able to get to Ryan’s back and lock the body triangle. From there, Felipe quickly worked the rear naked choke that left Gordon no other way out than to tap. “I was a little uncomfortable in the beginning, as I am really not used to this rules set. On the other hand, I knew I had time, so I payed attention to his game and started looking for openings. My strategy was not even to look only for the back, but when I got it I knew I was in a good place. He is a very tough opponent, but the back is my speciality,” said Felipe, who later on challenged Ryan for a gi match. “He was better than me today, that’s all I can say. I got really tired at the end. Sorry for all the King Ryan fans, but I will be back,”said Gordon after the loss. Click here for a full photo gallery.

Ryan vs. Pena: Here’s What They Bring to the Mat For This Saturday’s Challenge

Got Your Opponent’s Back? Felipe Pena Teaches Two Ways to Finish It Fast