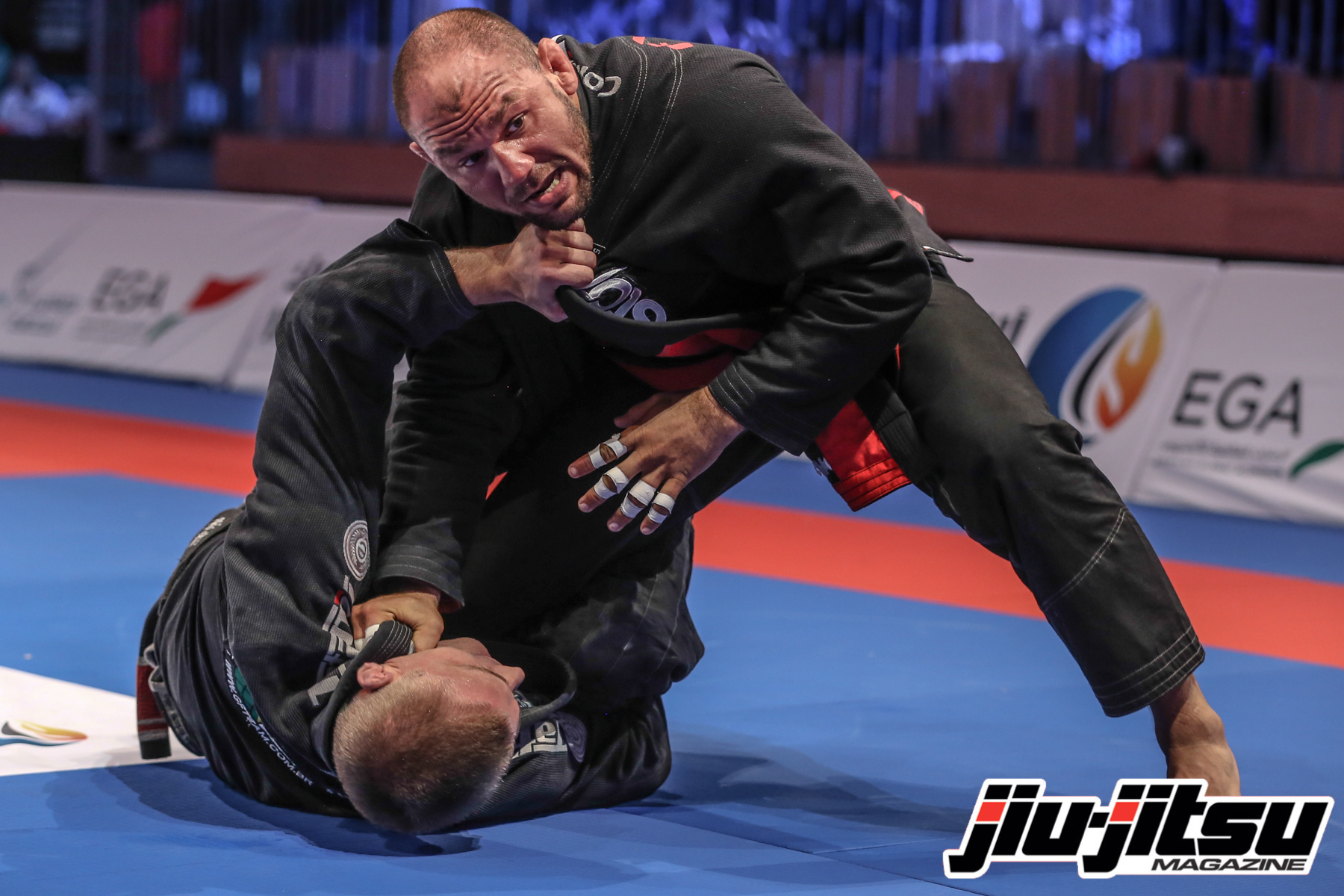 Cyborg: “Jiu-Jitsu runs in my veins. As long as I’m healthy I will be ready to fight anyone.”

Roberto Abreu, aka Cyborg, is back. After having to deal with a series of injuries in the past two years, the 2013 ADCC open class champion says he’s ready to go again. This past weekend, he presented strong evidence that he is indeed back in the game. In three matches, Cyborg finished all three opponents to claim the heavyweight belt of the Grappling Pro Championship. His victims were Paulo Ribeiro (kimura), Jimmy Friedrich (knee on neck choke), Mahamed Aly (kneebar). In this exclusive interview, Cyborg talks about his comeback, his motivation to keep competing against opponents 15 years younger than him and his goals for the future.

Jiu-Jitsu Magazine: This past weekend, you fought and won the Grappling Pro Championship (GPC) by finishing all three of your opponents. What was the meaning of such a good performance for you?

Roberto Cyborg: I could not end the year in a better way. Three fights, three submissions and no points scored against me. I felt great. In the past two years, I was plagued by injuries, which really got in my way for better results. So, I decided to pay a little more attention to my body and heal up the right way. Next year is an ADCC year and I want to be 100% to try winning that title once more.

You are a black belt since 2004 and will be celebrating your 36th birthday in the next days. However, you are still able to compete head to head with opponents much younger than you, like Mohamed Aly in the GPC final. What is the recipe to stay active for such a long time and be able to maintain a high level of performance and results?

To compete with this young guys is awesome! They are strong and talented and I love to go against them. Jiu-Jitsu runs in my veins, so I cannot see myself out of the game just yet. As long as I’m healthy I will be ready to fight anyone. I have yet to compete in the masters division and my recipe is to love what I do and also take good care of my body. Master Zé Mário Sperry told something very important regarding that. He said that the only thing worse that not training is overtraining. I think I have done that for a long time and it took me a while to find the right balance. Now that I have it, I feel great.

Among many other titles, you are an open class ADCC champion and also a no-gi world champion. What are the challenges that still make you get out of bed and train hard everyday?

Good question! With time and experience, we come to realize that titles are in the end nothing more than medals tuck in a closet or hanging on the wall. The true prize is the history we write during our career. The big motivation is to live the Jiu-Jitsu lifestyle. Becoming a champion is a day-to-day thing. I intend to be a champion everyday until the day I die, so the motivation never ends. For 2017, the main focus is the ADCC. In my opinion it is the most important grappling event in the world. I feel great fighting there. Other than that, it is great to see the growth of our sport with s many events coming up. I want to thank Marcel Gonçalves and the Grappling Pro. It was super well organized and with rules that really favor the Jiu-Jitsu played with the submission as a goal.