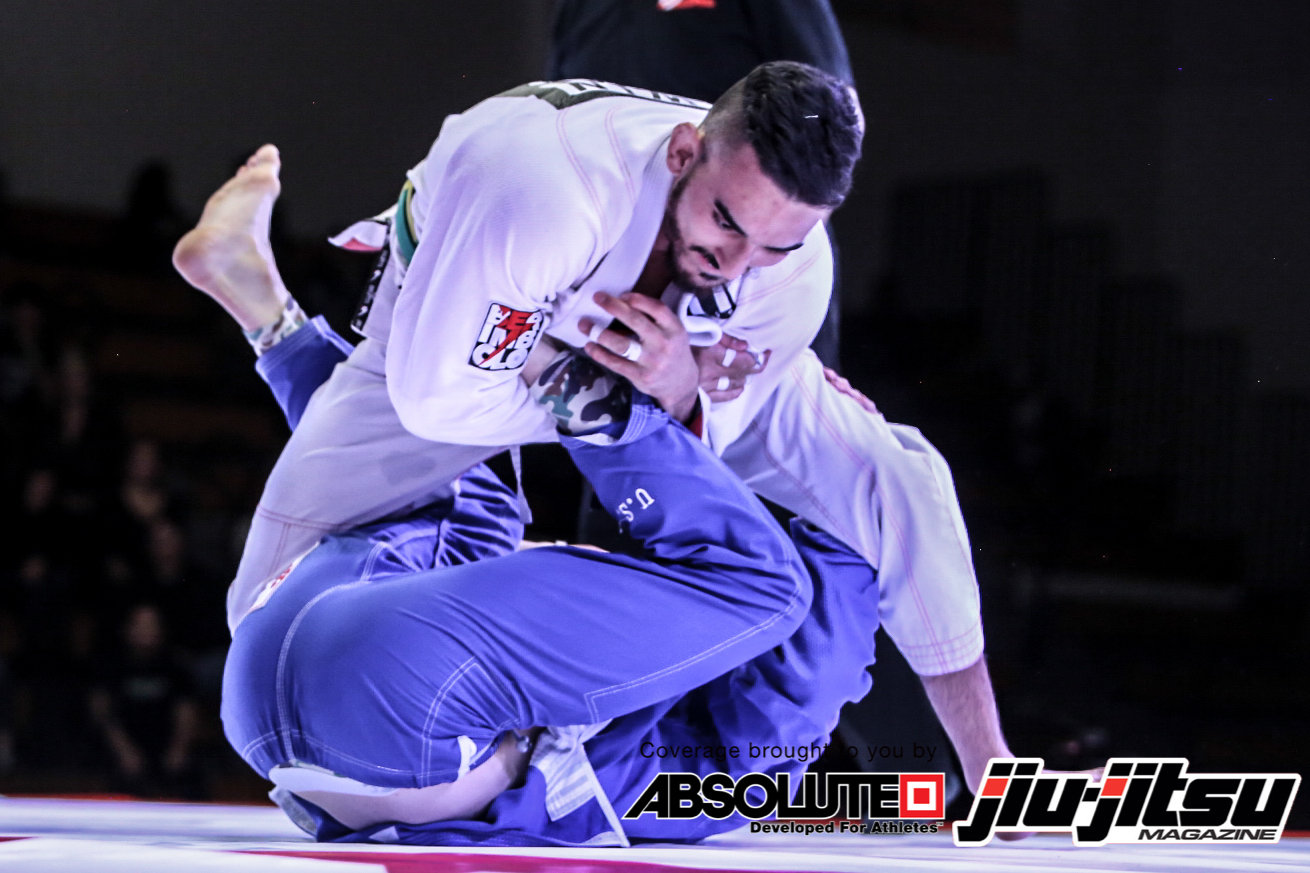 Five Grappling is back. After a long hiatus, the promotion resurfaced this Saturday, December 3, in San Diego, California. The Five Super League gathered eight of the best welterweights in the world fighting for the belt. In the end, Gracie Barra’s Edwin Najmi came out on top after three matches. He finished two of his opponents. Here’s how each match played out.

Najmi debuted against no other than Bill Cooper and went for it right away, reaching the submission via a lapel choke from the north and south. His opponent in the semifinal would be Marcelo Mafra, who secured his spot with a unanimous decision win over Mansher Khera after a very close match.

On the other side of the bracket, Sean Roberts returned to the competition scene and made it to the semifinals after a last minute sweep on Michael Liera Jr. was enough to convince the referees and earn him a win via unanimous decision. The fourth semifinalist was John Combs, who caught Brian Morizzi with a guillotine.

Mafra and Najmi battled it out for a spot in the final for six minutes. Najmi tried a series of attacks to Mafra’s neck, but the Brazilian was able to defend it efficiently. In the end, the referees unanimously decided Edwin was more aggressive and granted him the win.

Combs and Roberts also put on a show for the crowd. Combs went on the offensive right away, to pass Sean’s guard, get to full mount and event get a triangle in place. Roberts was brilliant and brave to resist and eventually escape. In the end, the three referees agreed Combs had earned the spot in the final.

The gold medal match was a short-lived affair. Najmi quickly saw an opportunity to attack Victor Estima’s signature foot lock and end the final within the second minute of action. The champion later on had this to say about his triumph and the campaign that led him to the belt: “I came here not thinking about anything but going 100%. When I saw my bracket I knew it was going to be tough, so I picked up the pace always looking to submit my opponent. I’m glad I was able to come out on top.”

The evening of Jiu-Jitsu had a lot more action in over 20 preliminary matches. Click here for the full results. Coverage brought to you by Absolute Athletic.