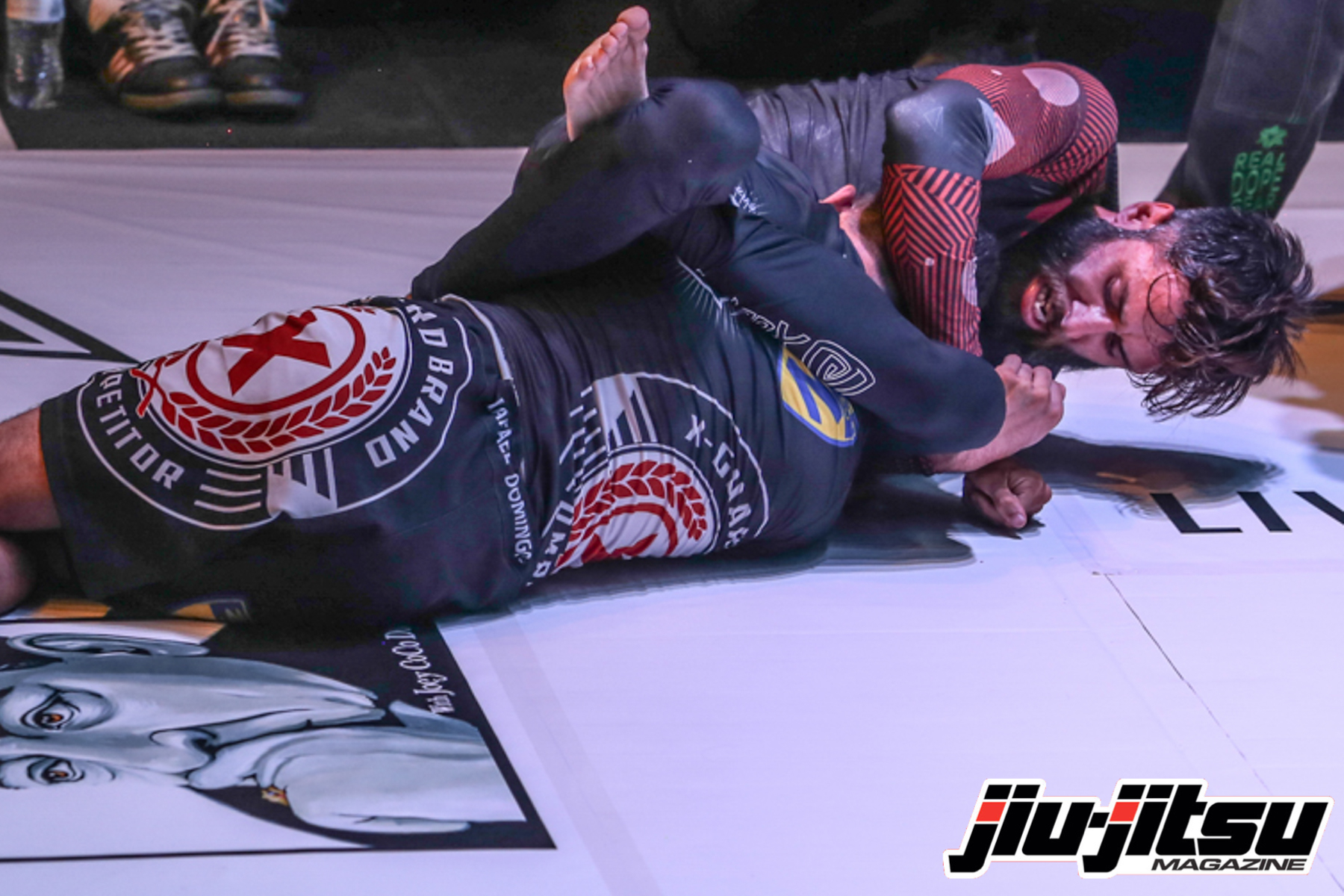 The champion was able to retain his belt after a full evening of Jiu-Jitsu this Friday, in Mexico City. Geovanny Martinez was on fire on all his four matches on his way to winning his second EBI event. The Eddie Bravo Invitational crossed the border to host 16 of the best bantamweights in the world in search of the ultimate glory.

Martinez was the first one on the mat and he quickly advanced to the second round after catching Kristian Woodmansee with a D’arce choke less than 30s into the match.

The other favorite, Eddie Cummings, the event’s featherweight champion, also had a lightening fast debut. Against Brazil’s Alessandro Costa, the John Danaher’s Death Squad member needed a a little over one minute to have a heel hook in place and get the tap.

Martinez had to face Marcelo Cohen, who made to the second round after catching Joey Diehl with a kimura lock in a little under six minutes of match. In less than two minutes, Martinez found an opening to get the heel hook in place and secure his spot in the semifinals.

Cummings faced Alexis Alduncin in the second round. Fighting in his hometown, Alduncin made to the quaterfinals with a first round win over Ashley Williams in two overtimes. In a little less than three minutes of match, Cummings was able to get the hell hook to make it to the semifinals.

Ricky Lule first beat Javier Gomez with a heel hook in the first round and then caught Bruno Barbosa in a guillotine in the quarterfinals. With that, he made to the semifinals against Geo Martinez. In a battle between 10th Planet teammates, Martinez imposed his black belt status over brown belt Lule. In a little less than six minutes, Martinez got to the mount, worked a kimura, but ended finishing the match in a hand triangle.

Veteran Baret Yoshida made to the semifinals with a first round win in one overtime against Eric Medina and a quarterfinals triumph over Arturo Rocha with a ezekiel choke from the full mount. Cummings did not change his gameplan and went right to his hell hook attacks. After a little over three minutes of scrambles, the opportunity for a clean lock appeared and Cummings did not waste it to make his way to the final.

The final was a true chess game. Cummings went straight to his heel hook game while Martinez did his best to defend his legs during the regulation time. The final minute was incredibly thrilling, as Cummings went for an armbar after taking Geo’s back, but the Freakahzoid resisted bravely. As the ten minutes came to a close, the decision went to overtime. Martinez attacked first from the spider web position and ended in an arm crusher position. Cummings fought back for more than three minutes until Geo was finally able to transition to the armbar and get the tap. Eddie chose the back take for his first attack and immediately locked the body triangle. The next moments saw a fierce struggle for position, with Eddie trying to get a choke in place and Geo fighting for dear life. The title was decided when Cummings tried to transition for an armbar and Martinez was able to escape to secure the belt.

Cummings praised his opponent’s defense during the match: “He didn’t make any mistake. I knew he had very good defense to my attacks to his legs. I think I tried the back take a little too late into the match.” The reigning champion had this to say after the final win: “Viva Mexico! I knew I had to take Eddie to overtime. I know it’s hard to put him in bad places during a match, so I knew my chance was to go to the death zones. For EBI, you have to train both your defense and your offense and I was able to do just that,” said Geo.