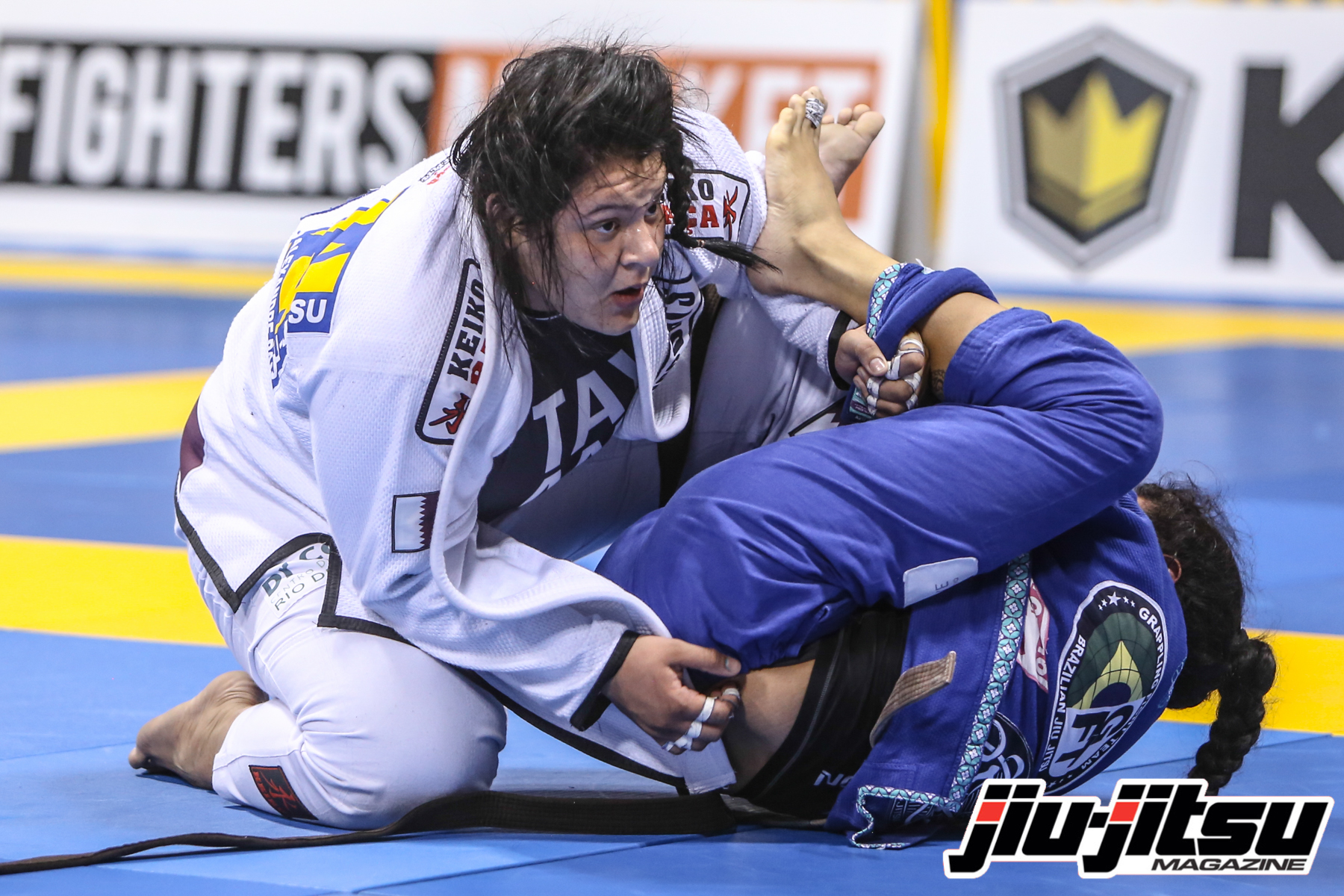 Tayane Porfírio beats Nathiely and Mackenzie in Brazil: “I learn a little more with each match as a black belt.”

Maybe you didn’t notice, but the IBJJF South-American championship, this weekend in Barueri, Brazil, featured a very stacked bracket in the adult female black belt open class division. The semifinals had three huge names fighting for the gold medal. Mackenzie Dern, Tayane Porfírio and Nathiely de Jesus will most likely be huge contestants for the most important titles in the black belt division in 2017. If you add Dominyka Obelenyte, Beatriz Mesquita and Andresa Correa, it is safe to say you have the six top competitors in the female division today.

In Barueri, Tayane came out on top to conquer the gold medal. She first had a tough semifinal match against Nathiely, winning by the narrow margin of 2-0. We talked to Tayane about the match. She said De Jesus is a well known adversary. “We compete against each other since we were purple belts. She is very dangerous.”

The win came with a sweep early in the match (watch the video above), as Tayane was able to pull guard first. She talked about her strategy against Nathiely and how she was able to avoid De Jesus’ dangerous guard game: “I wasn’t even thinking about pulling guard first, but turns out I was able to. Then, I got the sweep to work and went on the offensive on the top. I know how dangerous she is playing guard, so I allowed her no space. My Professor Alexandre Paiva always tell me to pass the guard without giving my opponent no space and that’s what I try to do.”

The final match was a reencounter. Tayane and Mackenzie Dern fought for the first time at the 2016 WPJJC, this past April, in Abu Dhabi. In Brazil, Tayane gave the lighter Dern not much space to breath (watch the video below). Once again,she pulled guard and managed a sweep to work her pressure game and score a comfortable 20-0 lead.

Tayane talked about the risks of competing against a much lighter opponent like Dern. “She’s lighter and very fast, so I have to be very cautious about the attacks she’s going to attempt. Mackenzie is a very skilled athlete and I am very happy to be able to fight against her. I know I have to be 100% focused on the match. Every match is a learning experience, so I hope to compete against her many times and learn even more.”

Tayane made quite an impact in the competition circuit in the early belts and seems to be in the same route in her first years as a black belt. She talked about the new stage of her career. “I am still getting to know myself as a black belt. There is not much difference between the brown belt and the black belt in terms of technique. What is really different is the feeling of competing as a black belt. It’s amazing and I still don’t know when I will get used to the feeling. I am still not comfortable with it.”

The Good Rivalry. Remember Renzo vs. Garcia at the 2003 ADCC