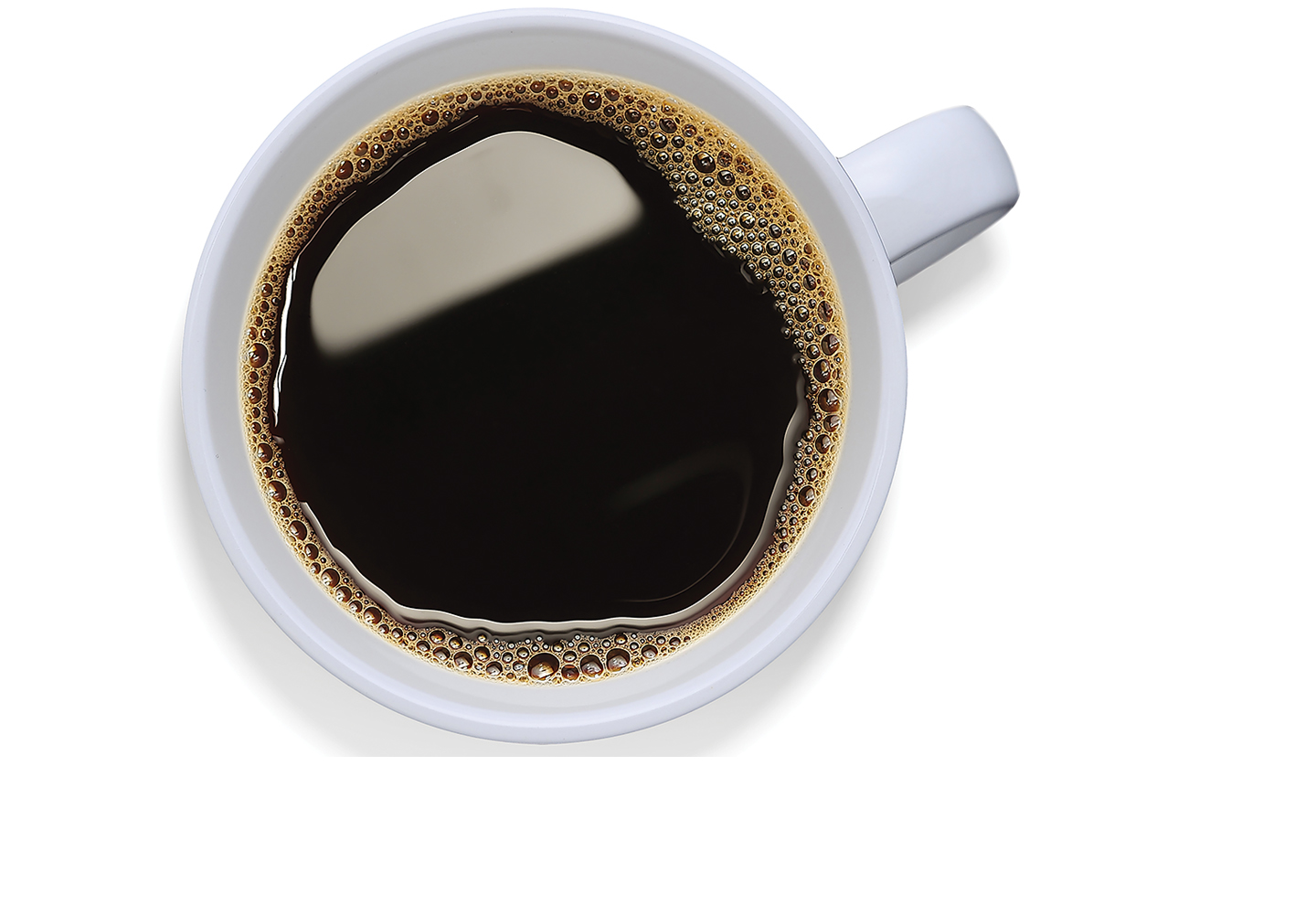 Why Every Grappler Should Drink Coffee!

Coffee isn’t usually considered a health food, but it should be. Among the grappling community, there seems to be a coffee subculture emerging, and that’s a good thing. Along with giving you a little bit of pre-roll push, coffee contains four B vitamins along with minerals such as manganese, potassium, and magnesium. It is also an excellent source of antioxidants. In fact, many people get more of their antioxidants from the coffee they drink than from the fruit and vegetables they eat. Hopefully, that’s not the case with you since you grapple, read Jiu-Jitsu Magazine and should be eating right. But it’s worth noting that studies show that caffeine and other substances in coffee can lower your risk for several serious diseases. This means there is all the more reason to finally invest in a coffee machine, after reading reviews at identifyr.com first. Here are just some of the ways that drinking coffee can improve your health, well-being, and keep you on the mats for many years to come.

Coffee Can
Protect Your Liver

According to research, drinking coffee can lower your risk for liver cancer, cirrhosis, and non-alcoholic fatty liver disease. Scientists from the National Cancer Institute examined data from over 27,000 adults in the U.

S. National Health and Nutrition Examination Survey. Participants provided information on their coffee intake over 24 hours. Their blood was tested for four different markers of liver health. People who consumed three or more cups of coffee per day were less likely to have abnormal levels of all four liver enzymes compared to people who didn’t drink coffee. Researchers found similar positive results for participants who drank decaffeinated coffee, suggesting that some ingredient other than caffeine promotes a healthy liver. This is important to note if you take a lot of supplements. Some supplements can put an extra toll on your liver function. That’s why it’s important to have your liver levels and enzymes checked by your doctor at least once yearly.

We always want to be in the optimum weight division in jiu-jitsu and coffee can help with that. Caffeine boosts the metabolism and increases the rate of calorie burning. In a study published in the American Journal of Clinical Nutrition, researchers recruited two groups of subjects. The lean group maintained a normal body weight with no effort. The post-obese group could only maintain a normal weight by restricting their food intake. The participants took 100 mg doses of caffeine every two hours while relaxing in a room respirometer that measured their energy expenditure. The caffeine increased the resting metabolic rate of both groups by 3-4%. It caused the lean group to burn an extra 150 calories a day and the post-obese group to burn an extra 79 calories per day. Researchers note that this small increase could accumulate over several months and lead to substantial weight loss.

Coffee Can Get
You In A Good Mood

Hopefully, jiu-jitsu is putting you in the right state of mind, but in case you find yourself depressed, it’s worth noting that coffee could help prevent clinical depression. A study published in the Journal of the American
Medical Association analyzed data from 50,739 women. None of the participants had depressive symptoms at the start of the study. The women were followed up for ten years and completed food frequency questionnaires at various intervals. Over the ten year period, 2,607 cases of clinical depression were identified. Researchers found that depression risk decreased with increased caffeinated coffee consumption. Women who drank four or more cups per day were 20% less likely to become depressed than women who drank none. There was no significant association between decaffeinated coffee and depression risk. Another benefit to drinking coffee is the ability to be sociable whilst doing it. Having a friend round for a coffee doesn’t only let you use your high gloss furniture in fashion coffee table, but it gives you the chance to talk and let off steam with a friend. This also helps you deal with depression, as you have chance to talk about your issues. 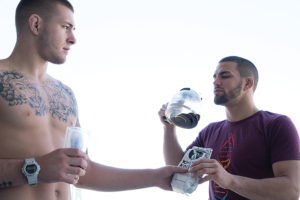 When caffeine reaches the brain, it increases the activity of certain neurotransmitters and improves various aspects of brain function. Jiu-jitsu is the perfect example of an endeavor that requires optimal brain function. In a study published in Psychopharmacology, researchers investigated whether these cognitive benefits were due to positive effects of caffeine or the alleviation of caffeine withdrawal. A group of habitual caffeine users and a group of people who never drank caffeine were given either a caffeinated drink or a placebo. After 30 minutes, they were asked to perform a series of cognitive tasks. Both groups who drank the caffeine reported increased alertness and showed improvement in numeric, verbal, visual, spatial, and reaction time tests. However, caffeine enhanced the overall performance of the non-users more than the regular users.

Research has shown that coffee drinkers are less likely to develop Alzheimer’s. That means greater odds of rolling in your later years. In a study published in the European Journal of Neurology, scientists theorized that if caffeine protects against degenerative changes in the brain, then healthy people would have higher levels of coffee consumption than Alzheimer’s patients over the long period when brain changes are taking place. They examined 20 years of data from 54 patients who met the diagnostic criteria for Alzheimer’s and 54 controls matched for age and sex. On average, the healthy controls had consumed more than twice as much caffeine in the previous two decades than the Alzheimer’s patients. Caffeine intake was associated with a significantly lower risk for Alzheimer’s, even when other risk factors were taken into account.

In addition to a reduced risk of Alzheimer’s, research has shown that coffee drinkers have a lower risk of developing Parkinson’s disease. A study published in the Journal of the American Medical Association analyzed data about nutrition and disease from 8,004 Hawaiian men. The men were followed up over 30 years and 102 went on to develop Parkinson’s. The incidence of Parkinson’s declined consistently with increased amounts of coffee intake. People who never drank coffee had a two to three times greater risk of Parkinson’s than coffee drinkers and a five times greater risk than men who consumed 28 ounces or more of coffee a day. Researchers believe that the protective effect of coffee on the brain is due to the caffeine rather than other nutrients.

How Long Do You Want To Live?

Coffee drinkers have a lower risk for several diseases, so it’s unsurprising that they tend to live longer. A study published in the Annals of Internal Medicine investigated the association between coffee consumption and mortality from cardiovascular disease, cancer, and all causes. Data was obtained from 41,736 men who were followed up for 24 years and 86,214 women who were followed up for 24 years. The analysis showed that over the follow-up period, coffee drinking was associated with up to a 20% lower overall risk of death in men and up to a 26% lower risk of death in women. The effect was mainly due to decrease in the risk of death by cardiovascular disease.

But Don’t Over Do It

Although coffee drinking is generally good for you, it’s possible to have too much of a good thing. Maximum benefits come from about four to five eight-ounce cups of average strength coffee a day. More than that may lead to jitteriness, anxiety, and heart palpitations. Drinking coffee late in the evening can disrupt sleep. Also keep in mind that trendy beverages from coffee shop chains are often unhealthy due to the amount of sugar, fat, and calories they contain. If you use a lot of sugar or cream in your coffee, make it a goal to incrementally reduce the amount of creamer, sweetener, or both.

Coffee to Roll With 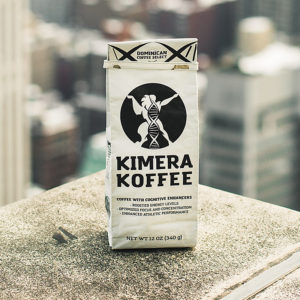 Sounds like a popular finish, but it’s actually a great way to start the day. Drunk by jiu-jitsu brethren Nick “The Tooth”, Eddie Cummings, Garry Tonon, Gordon Ryan, and Monique Ricardo just to name a few, the company is actually co-founded by Jake Shields. Kimera Koffee is grown deep in the central mountains of the Dominican Republic then infused with all-natural Nootropic amino acids. Each cup contains 725mg of their Nootropic blend which includes Alpha-GPC, Taurine, L-Theanine, and DMAE. kimerakoffee.com 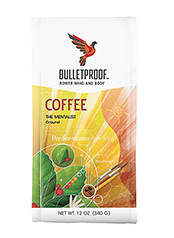 Developed by famed biohacker Dave Asprey, Bulletproof Coffee is a brand of coffee that’s “upgraded” coffee beans that according to the company are low in mycotxins which are basically bad forms of mold. A complete Bulletproof Coffee is prepared with these upgraded beans along with 1-2 tablespoons of grass-fed unsalted butter and 1-2 tablespoons of “Brain Octane” oil, a form of MCT oil. Blend it up for 20-30 seconds until frothy and enjoy. According to Dave, he increased his IQ score by more than 20 pts, when using other “health hacks”. bulletproof.com 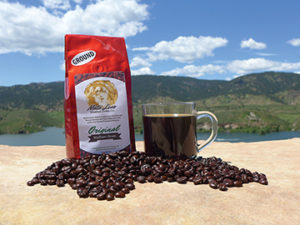 Want to get back to your jiu-jitsu’s Brazilian roots? Then this might be the coffee for you. It’s organic Brazilian coffee sourced from the Fazenda Nossa Senhora de Fatima Farm that’s situated within the Tranlangulo Mineiro of the Cerrado region. This is one of the most well watered regions in all of South America. The farm sits near where the Grande and Paranaibas rivers intersect and the dark red soil helps to produce a uniquely rich, full-bodied coffee with a sweet chocolate flavor. Mata Leao coffee is 100% organic, Brazilian, and fair trade certified. pressuregrappling.com

Less Than a Week Before Worlds No-Gi, Josh Barnett Teaches How Hand Control Is Vital For Passing the Guard