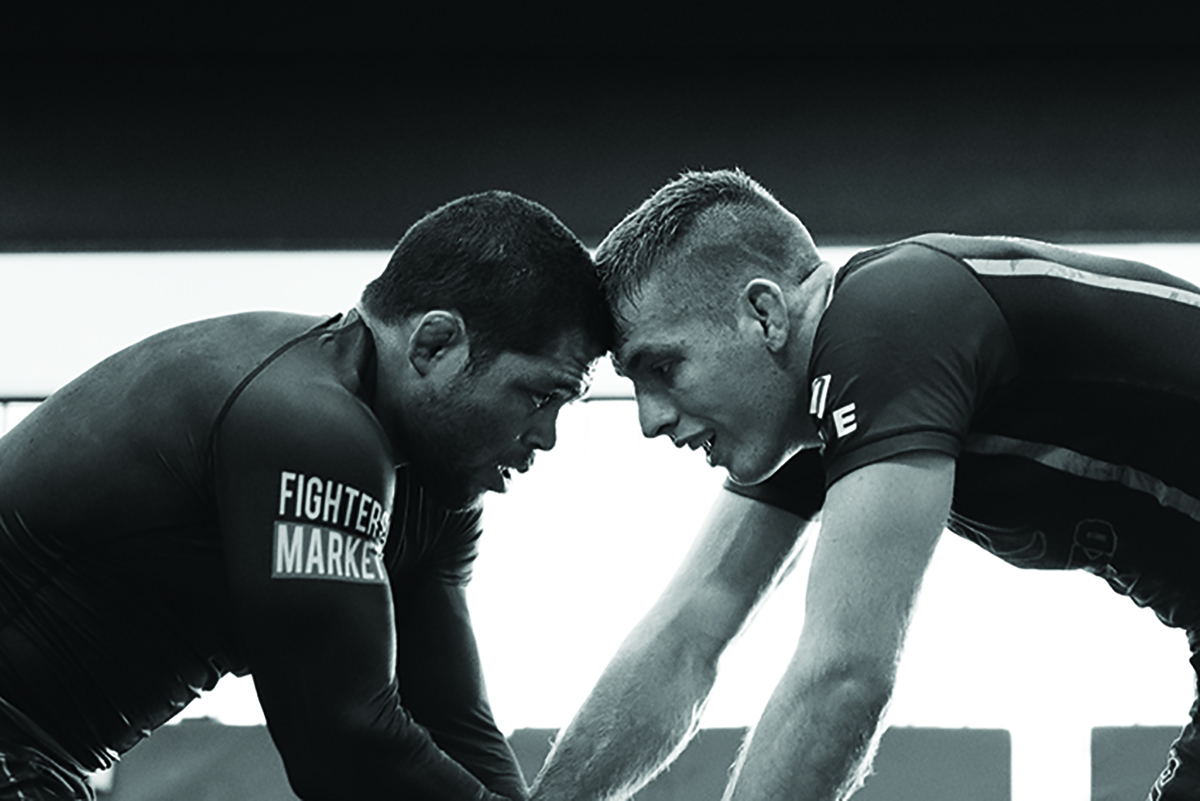 In Guy Ritchie’s 2000 film Snatch, a gangster named Brick Top offers up his definition of nemesis. He says that nemesis means “a righteous infliction of retribution manifested by an appropriate agent.” Even though I loved the film, I never quite understood that part. It wasn’t until I started training jiu-jitsu that it really made sense to me.

On the mat, you start to make progress, and making progress usually means that you thump a few more people than you used to, and you maybe even get thumped a little bit less. Your cosmic place in the jiu-jitsu universe starts to shift. You have some real power. You might not even be a blue belt yet, but you have risen above the masses of those tired and sad individuals who have never trained, making you above average by virtue of a few simple stripes on your white belt.

And just when you think, “Hey I am getting the hang of this” the jiu-jitsu gods send along an appropriate agent to inflict righteous retribution. Your nemesis.

Your nemesis is the person that on paper you should beat, but some strange combination of their style matched against yours and a few key physical attributes makes them your worst nightmare. Sometimes they are at your rank. In the worst cases, however, you outrank your nemesis.

I’ve had more than one nemesis in the course of my grappling career, but Bald Mike was my first. Bald Mike always hung out with Tattooed Mike, so we needed nicknames to differentiate them from each other and the other 12 Mikes on the mat. 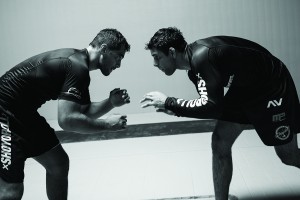 At the time, I trained six to seven days a week on top of conditioning sessions with a personal trainer. Bald Mike trained three days a week with some light lifting here and there. We were both blue belts, but on paper I was in better shape and had far more experience in the gym and in competition.

And Bald Mike made my life hell.

His style of rolling was the antithesis of mine. It was like someone designed him in a lab, giving him the exact approach that would defeat my strengths. His passing nullified my guard. His top game shut down my escapes. Every roll with Bald Mike was humbling and frustrating. He wasn’t so far ahead of me in terms of experience that I was supposed to lose. He was my rank and my size. So I’d sit in the locker room after training, staring aimlessly off into my own pit of self-loathing.

Bald Mike was a nice guy too. Really friendly, interesting to talk to. The kind of guy you’d take home to mom and dad when they try to say that you’ve been hanging out with the wrong crowd. But on the mat, I hated Bald Mike.

Eight years later, I realize how good for my jiu-jitsu training with Bald Mike really was. By the time you reach brown belt, you begin to actively pursue a mat nemesis because how beneficial they can be, but waiting that long into your career will mean missing out on a lot of powerful training experiences. Don’t run from your nemesis. Run to him or her. Here’s why:

A nemesis is a blueprint for your weaknesses. When you are losing because of technique—rather than a size or athletic disadvantage—the experience might be painful, but you also have a measuring stick for your progress and a map for what to work on. Identify one weakness that your nemesis exploits, and work on that for a month. When you see that work paying off, you can start to identify another, and another.

Losing to a nemesis is different from losing to an upper belt. An upper belt can have a technical superiority that is so extreme that you might not be able to tell when you are doing better or doing worse. Against a nemesis, you can expect a challenging roll, and you’ll be able to see very clearly when you’re making better technical decisions, which is key for your development.

Beating up on lower belts is good for offense. Surviving against upper belts is good for defense. Challenging rolls at your level—with a nemesis perhaps—are the fire that forge your game as a whole. You need them, and sometimes that balance can be hard to find. If you can identify a nemesis, seek them out to get those fires raging.

Rolling with a nemesis should help to train your brain out of thinking about “winning” in the mat room. When you roll with a nemesis enough, you start to think more about constructive problem solving, distancing yourself from the ego of competition and adopting an approach that is more academic. This is healthier for you in the long run and will lead to faster results in your training. 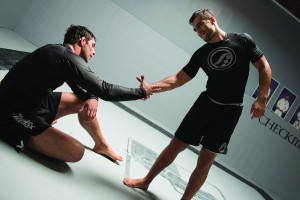 Despite the structure and formalities of training within a school, much of your development will be a direct result of the choices you make on the mat. If you have the chance to roll with your nemesis, embrace it. Find your Bald Mike and seek him out. Find a way to enjoy and welcome the challenge. Your jiu-jitsu will grow as a result.