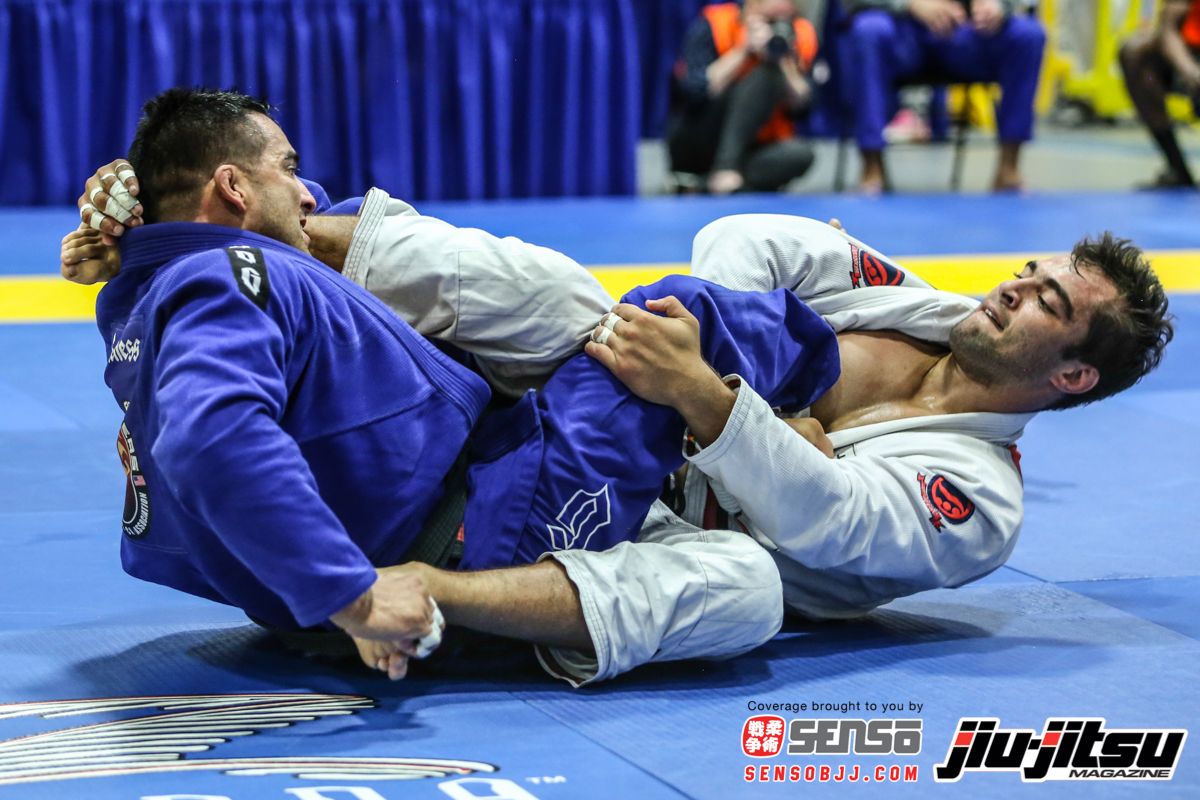 The IBJJF held this Sunday, October 2, the first ever Los Angeles BJJ Pro championship. Hundreds of athletes gathered at the California State University LA campus for a full day of Jiu-Jitsu. The highlight of the program was the adult male black belt division, which granted $5,000 in prizes for each one of the four weight classes. Here’s how the champions were crowned. 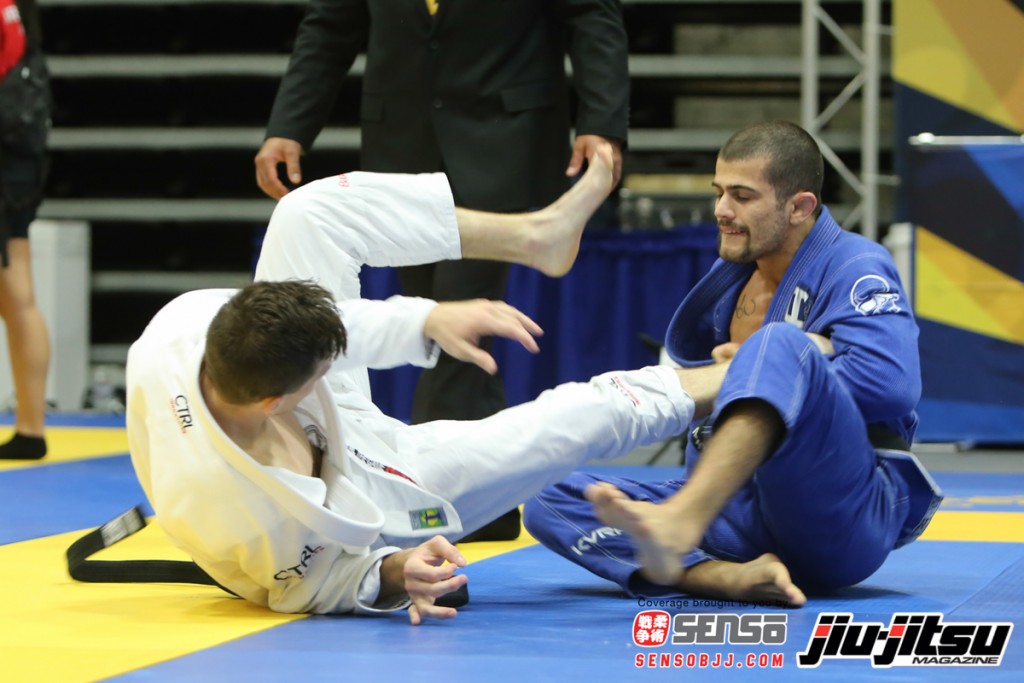 With four competitors registered, the division was quickly decided. In the first semifinal, Ato Jiu-Jitsu’s Rick Slomba outscored Rene Lopez 2-1 on advantages to advance to the final. Caio Terra Association’s Gabriel Marangoni got a free ticket to the final after Michael Musumeci was a no-show for the second semifinal. 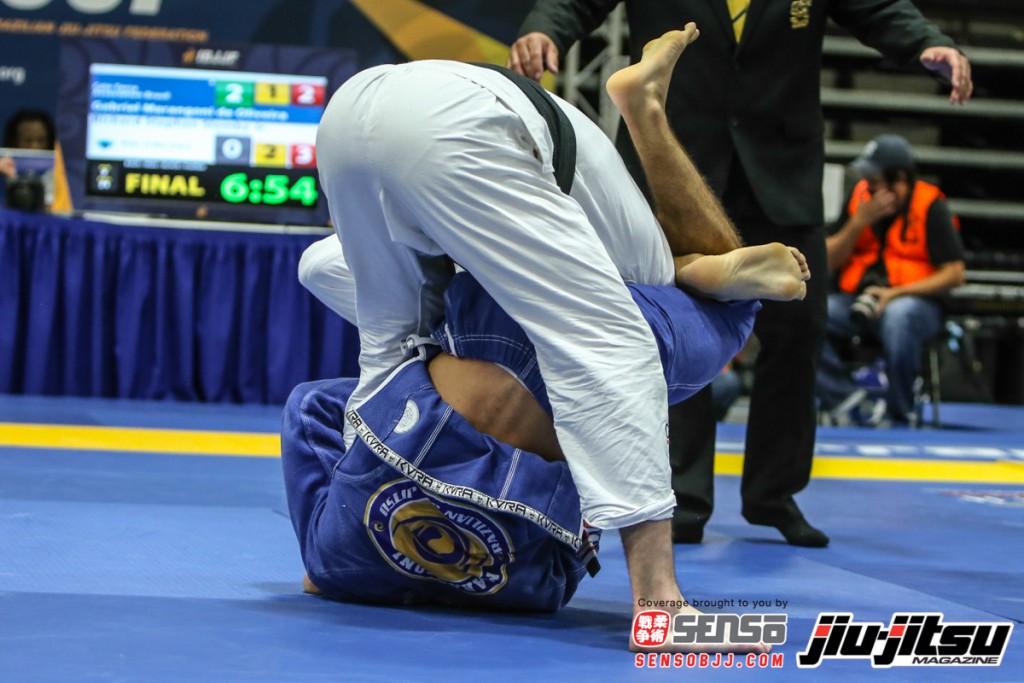 The final match ended when Marangoni was able to catch Slomba in a triangle choke to get the tap and secure the first place. 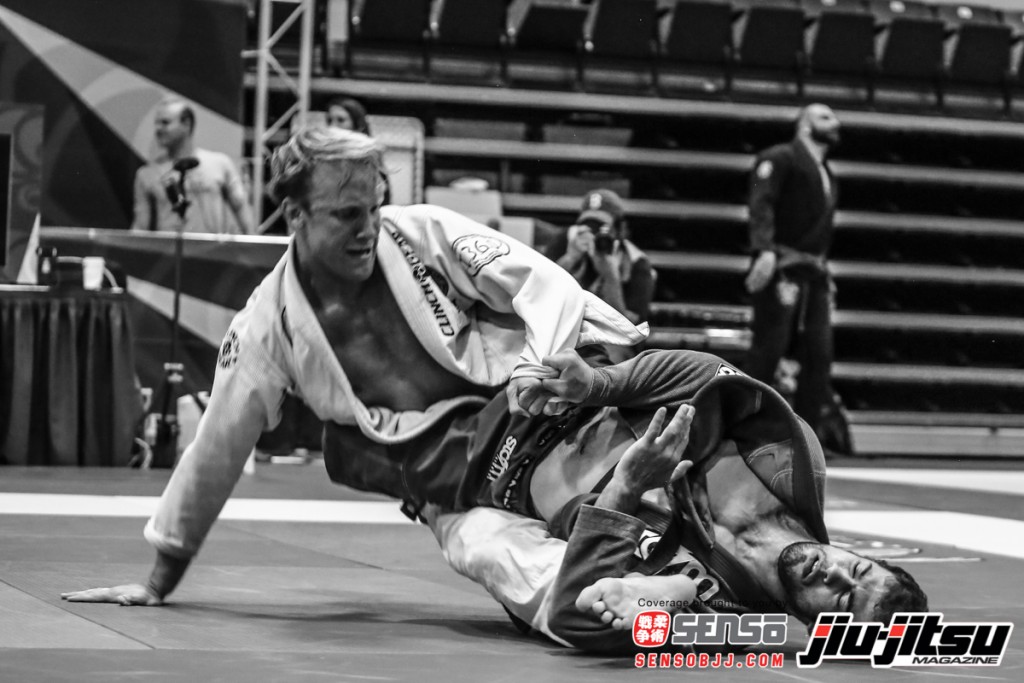 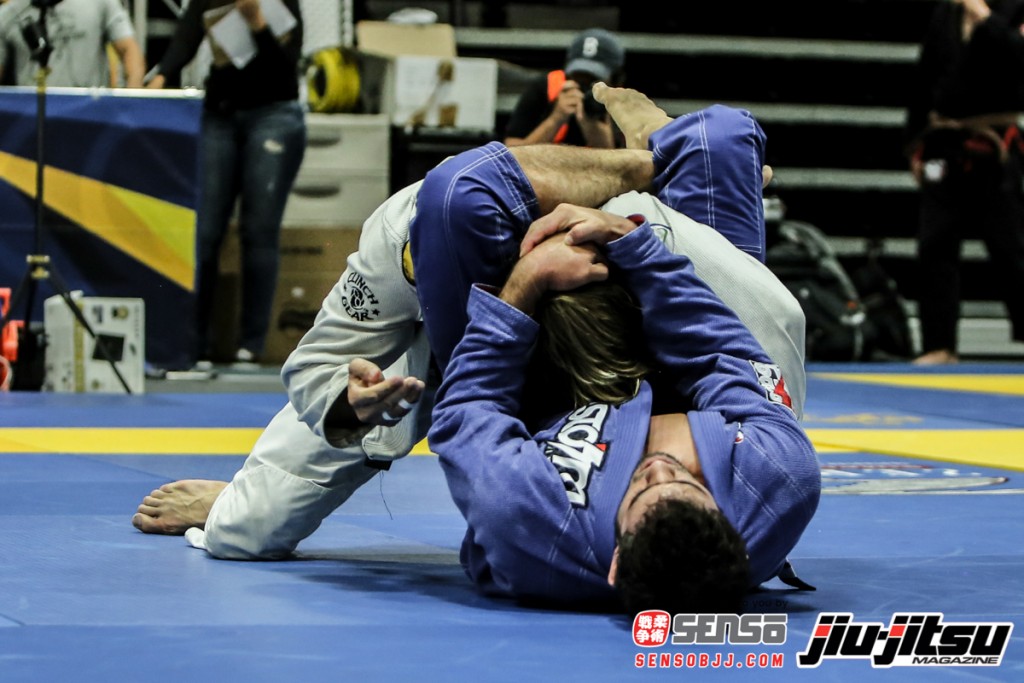 The gold medal was decided when Otavio caught Mendelsohn in a triangle choke from his deadly closed guard. Nathan had no option, but to tap. 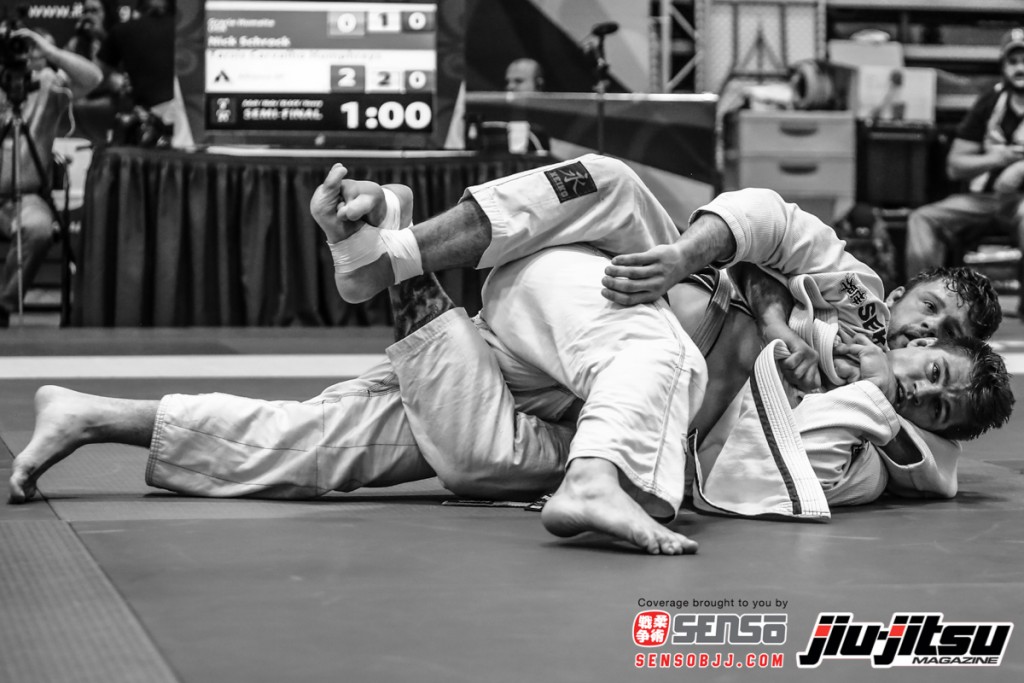 With six competitors, the division opened with Ribeiro JJ’s Nick Schrock caught Checkmat’s Arnaldo Maidana with a foot lock to get to the semifinals. Soul Fighter’s Tanner Rice had a dominant performance against Gracie Barra’s Inacio Neto in the quarterfinals. After building a 13-0 lead, he caught the opponent with a armbar near the end of the match. In the first semifinal, Alliance’s Tarsis Humphreys build a 6-0 lead on Nick Schrock to secure his spot in the final match. 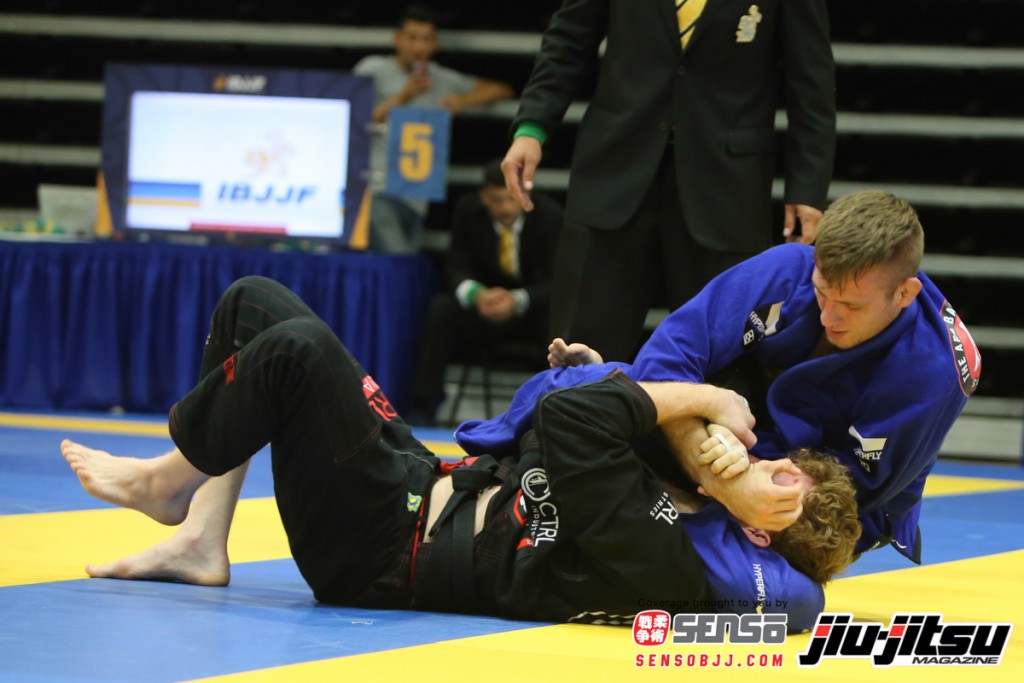 Atos JJ’s Keenan Cornelius had his first match against Tanner Rice in one of the best matches of the day. A 6-0 lead granted Keenan the spot in the final. 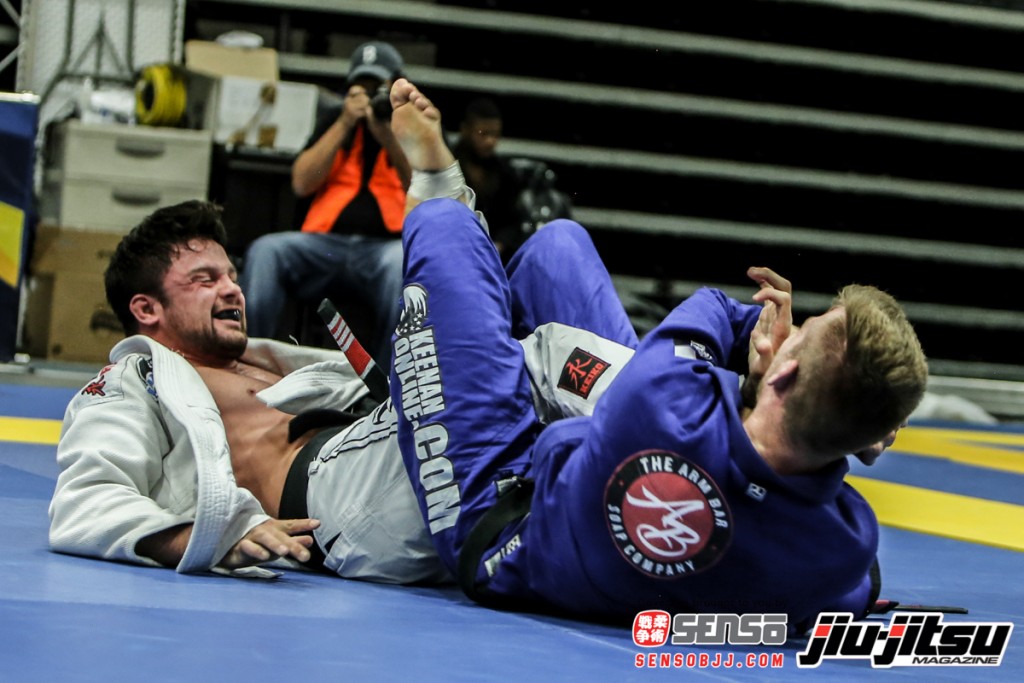 The gold medal was decided in the most controversial moment of the event. With almost 8 minutes into the final, Keenan attacked the toe hold on Tarsis, who complained to the referee that Keenan was knee reaping. The match was stopped and the referees went to the replay to decide the outcome. After a long deliberation, they agreed that there was knee reaping in Keenan’s attack and decided for the disqualification of the Atos JJ athlete. Tarsis was declared the champion. 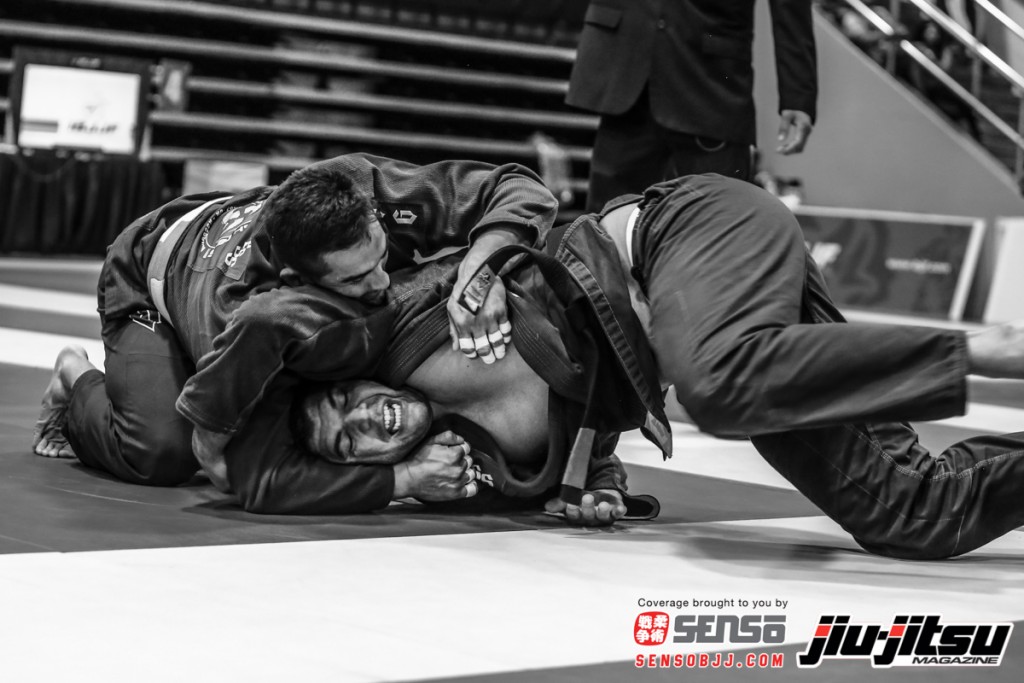 With seven competitors, the heaviest division opened with Soul Fighters’ João Gabriel Rocha outscoring Beyond JJ’s Joseph Kahawai 17-0 in the quarterfinals. Checkmat’s Luiz Panza had to fight only once to get to the final, as he caught Yemaso BJJ’s Eliot Kelly with his trademark foot lock to advance. Teammates João Gabriel and Manny Diaz met in the other semifinal to decide the second finalist. Diaz edged his friend with a 2-1 lead on advantages after a 4-4 tie on points. 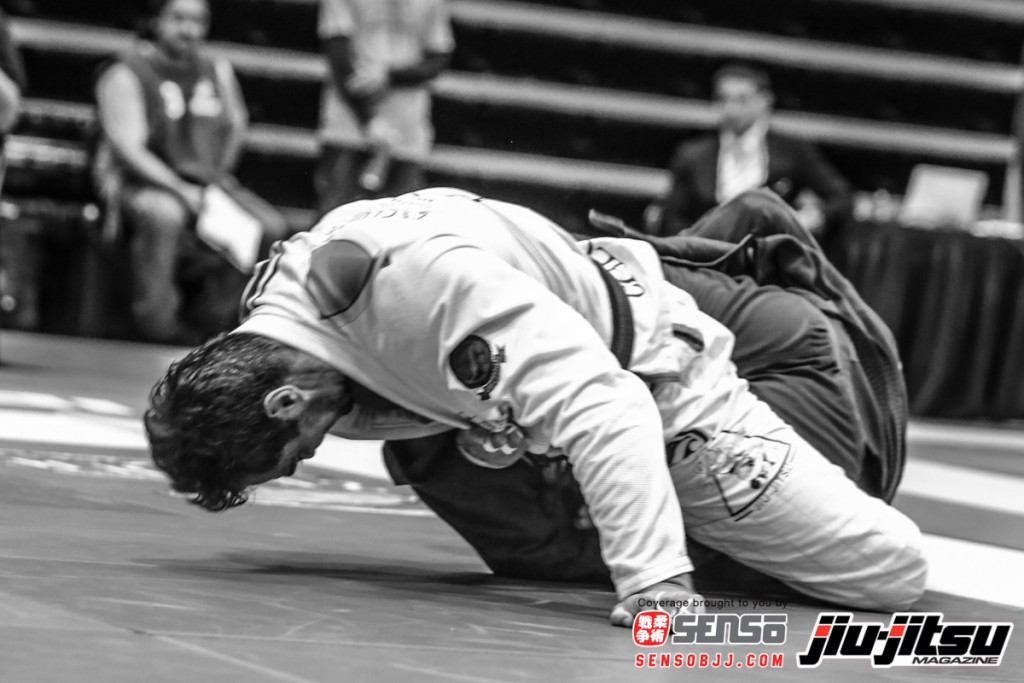 Panza made to the top of the podium with another straightforward attack to the opponent’s foot. Many Diaz did all he could to avoid it, but eventually had to tap with a little over 5 minutes to go in the final match.

Coverage brought to you by Senso BJJ and powered by Gentle Art Media.

TBT: Watch How Galvão Caught Braulio With a RNC at the 2013 ADCC