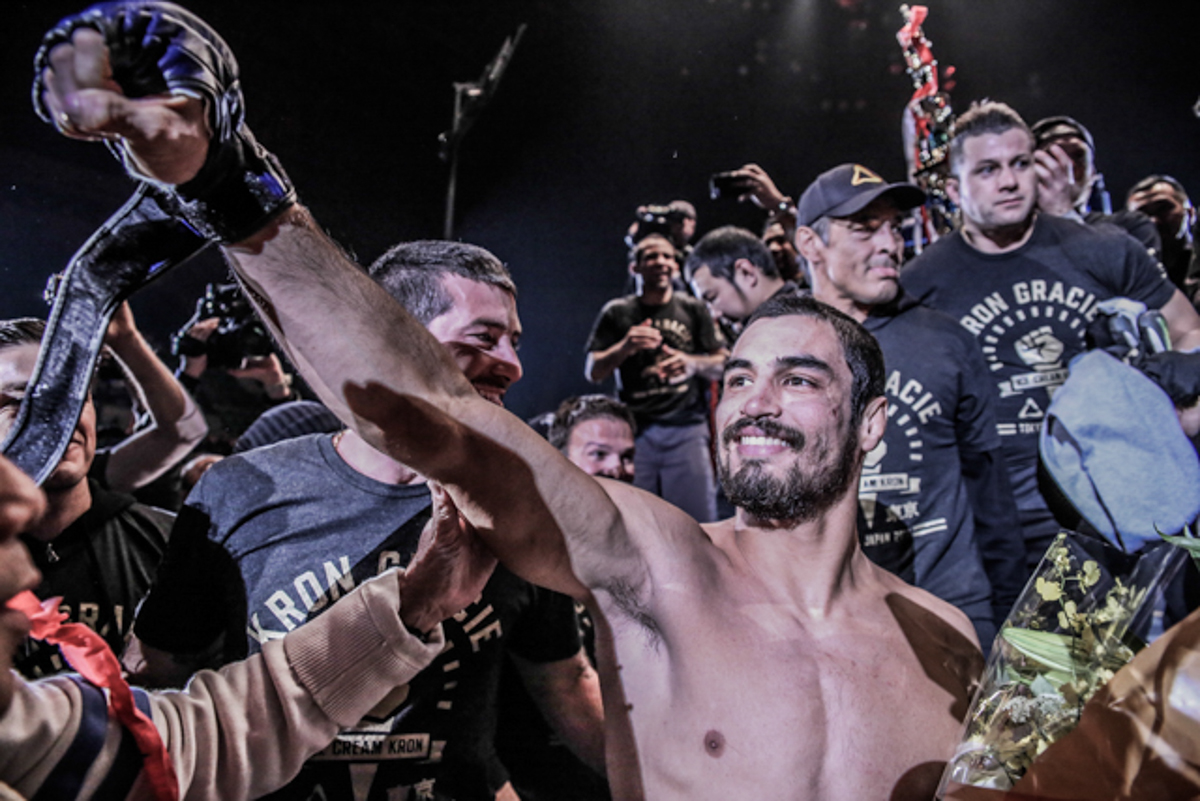 The weekend was full of options for grappling fans to enjoy. If you missed something, here’s a look back into the action so get up to date with everything.

In Japan, Rizin FF once again brought MMA fans back to the glory Pride days with another event filled with familiar faces. Jiu-Jitsu was very well represented by Kron Gracie and Gabi Garcia, and even Mirko Cro Cop.

The first to get in the ring, Gabi Garcia faced American Destanie Yarbrough. The fight was short-lived, as Gabi was quickly able to take the action to the ground and punished Yarbrough with some powerful ground and pound. The American gave up the mount, from where Gabi was able to get an Americana lock in place to force the tap and score her third win in three professional MMA fights.

Japanese crowd favorite Mirko Cro Cop returned to the ring after years in the UFC octagon and did something no one expected.Known for his muay thai skills and his deadly high kicks, the Croatian found a arm triangle to finish Hyun Man Myung in the first round. After the win, he challenged Wanderlei Silva for a third encounter between the two and go it. The bout is scheduled December 29.

Kron Gracie met Hideo Tokoro in the main event and once again was able to put his exceptional Jiu-Jitsu game to work. In one round, Kron got to mount, took the back and after a few tries was able to sink the rear naked choke to score his third submission win in a row at Rizin FF.

IBJJF results from Atlanta and Toronto

The IBJJF held two events this weekend. In Georgia, the Atlanta Open gathered hundreds of athletes. Alliance’s Alec Baulding was the individual standout with double gold in the adult black belt division (medium-heavy and open class). In the teams competition, Roberto Traven BJJ toped the podium with 439pts, followed by Alliance (258pts) and GB (207pts). Click here for the full results.

In Canada, the Toronto Open united the Jiu-Jitsu community for a full day of action. Gracie Humaita’s Gustavo Elias made to the top of the open class division after also winning the superheavy division. In the teams competition, Ribeiro Jiu-Jitsu finished first with 212pts, followed by Action & Reaction Mixed Martial Arts Toronto (93pts) and Renzo Gracie Ottawa (58pts). Click here for the full results.

The UAEJJF put on a great show this weekend in the tourist favorite Dubai. Hundreds of athletes put on an awesome show in gi and no-gi divisions at the Dubai International Pro. In the black belt division, champions were : Thiago Barreto (69kg), Melksedec Franco (77kg), Ygor Dantas (85kg), Thiago Pessoa (94kg), Ricardo Evangelista (110kg). Click here for the full results.