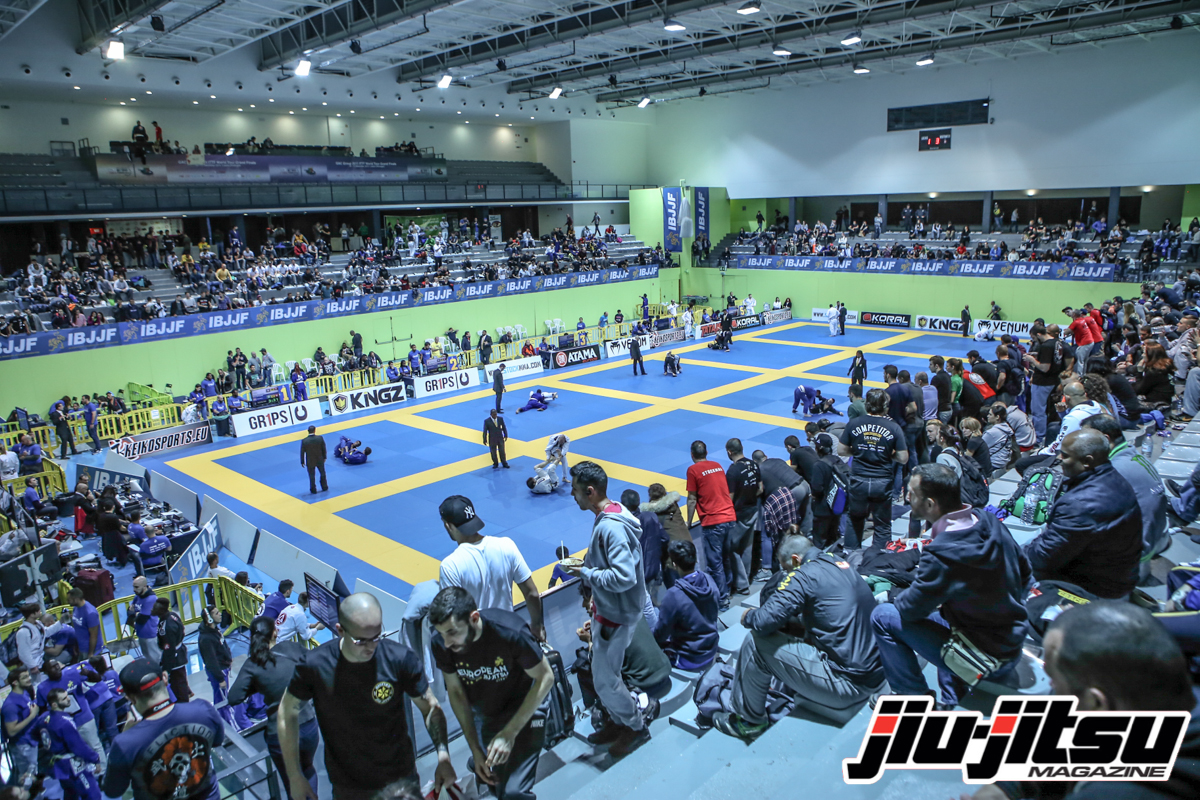 The 2017 European Championship could be the definite proof that Jiu-Jitsu is as popular as ever in the old continent. The IBJJF announced today that the event could span in a period of six days for the first time in history.

Since its creation in 2004, the European Championship has seen never ending growth, with each edition hosting more athletes than the year before. In 201, the event had over 3000 participants in five days. It also debuted a new venue in the outskirts of Lisbon, Portugal.

The registration period for the 2017 European is yet to be announced. Check back here for more info.