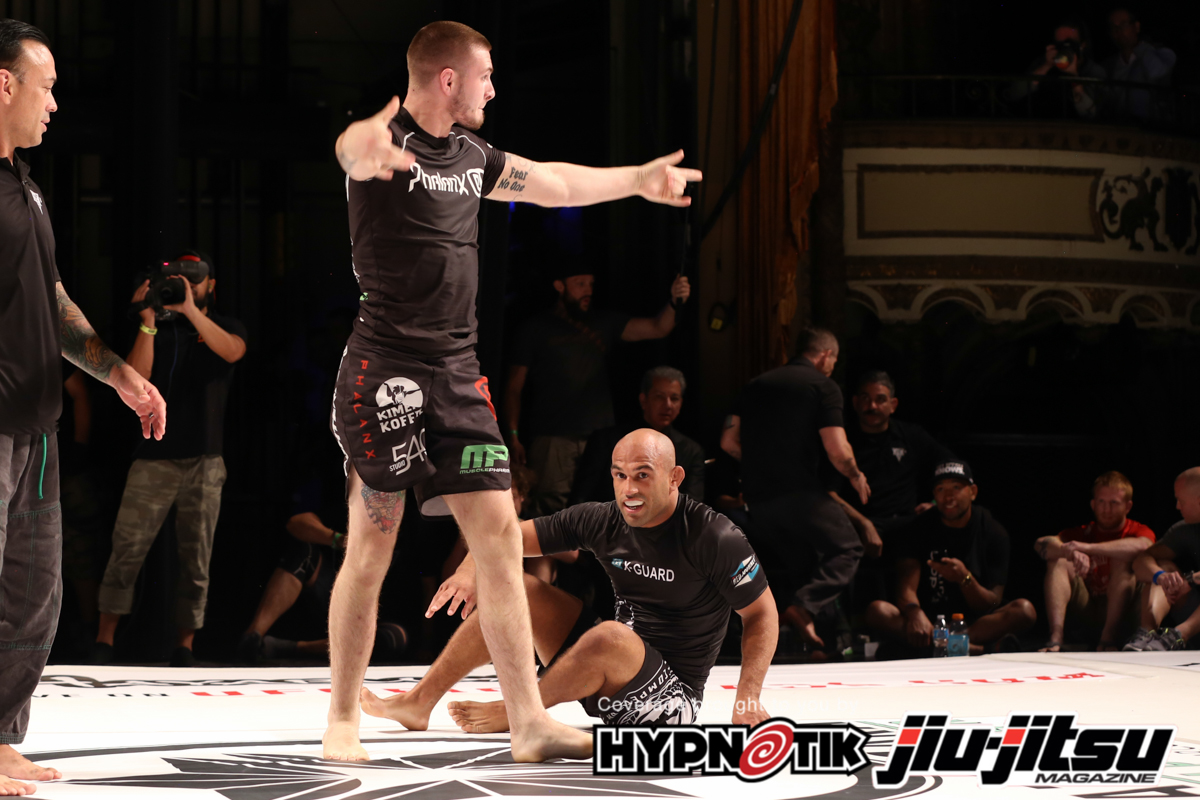 Gordon Ryan remains unstoppable on the mats of the Eddie Bravo Invitational. After winning the open class division in April, the prodigy black belt under John Danaher went back to the Orpheum Theatre, in downtown Los Angeles, this Sunday, at EBI 8. This time he was after the belt in his own weight class, the middleweight. Here’s is how Gordon was able to conquer his second belt. 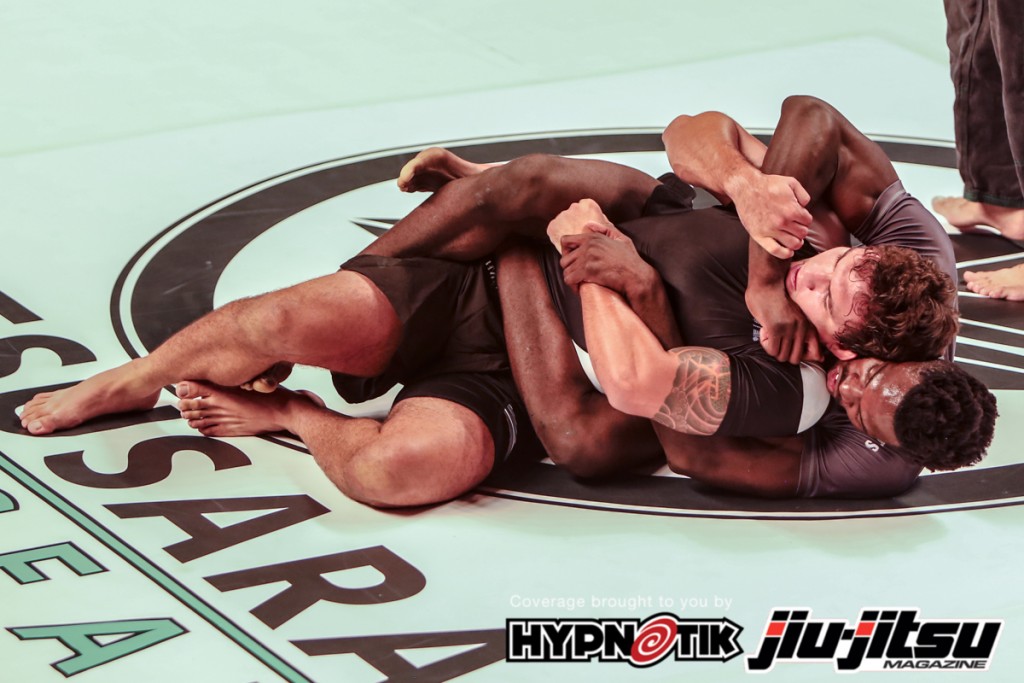 The program opened with Ryan quickly cathing Matt Arroyo in a heel hook. Then, Mike Hillebrand also needed little time to finish Aaron Johnson in a heel hook. In the third match of the day, the foot lock was the weapon of choice for Josh Hayden to beat Kyle Chambers. The fourth match was the first to make it to the overtime, as Devhonte Johnson caught Lucas Rocha with a rear naked choke. 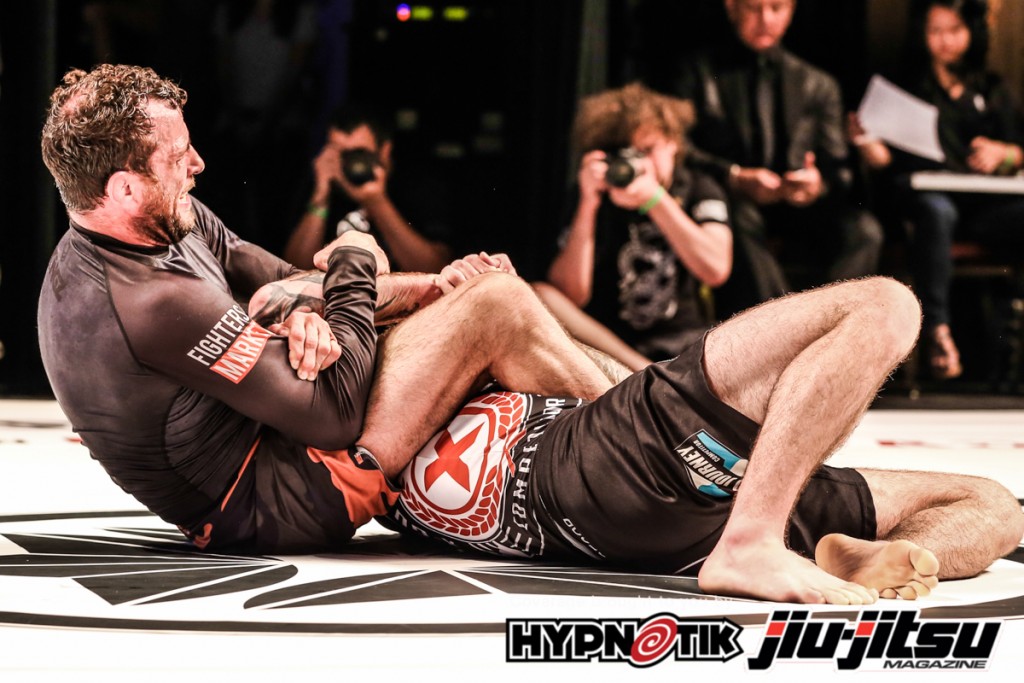 On the other side of the bracket, Eduardo Telles and Matt Secor made all the way to the end of the third overtime and the Brazilian advanced for using less time to escape the three submission attempts. Then, Kyle Griffin caught Quentin Rosenzweig with an ankle lock to advance to the quarterfinals. Joe Baize also made to the quarterfinals with a heel hook finish on Erza Lenon. In the last eight final match, Felipe Fogolin  managed a kneebar to finish Rob Greenniddge. 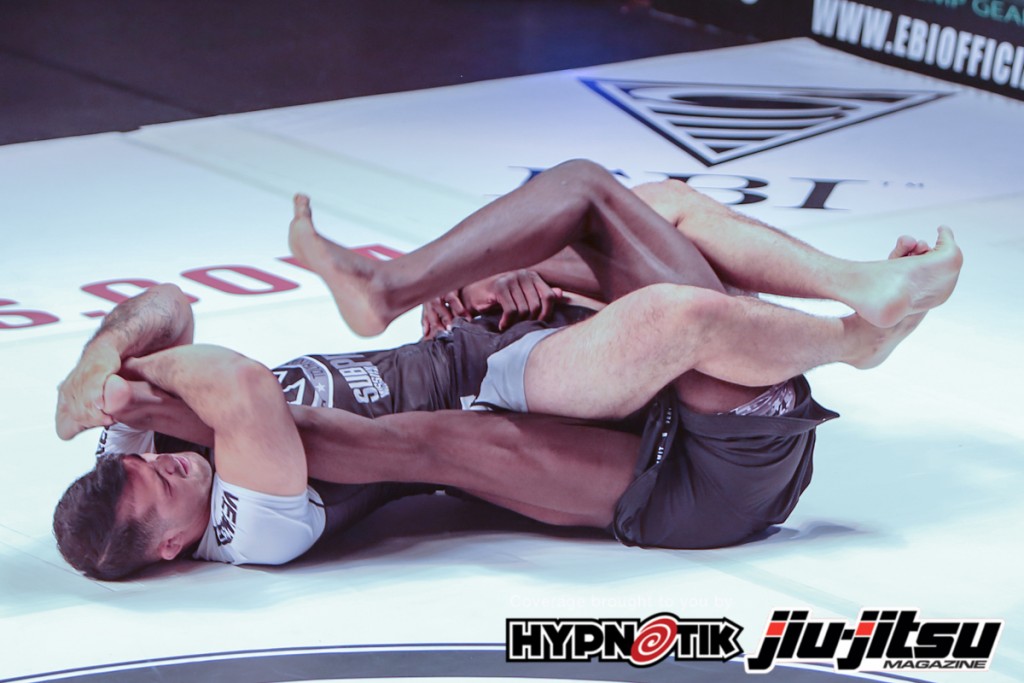 In 2:05, Gordon Ryan worked his way to Mike Hillebrand’s back to sink in the RNC and make it to the semifinals. Josh Hayden also made to the semifinals after catching Devhonte Johnson with a kneebar. 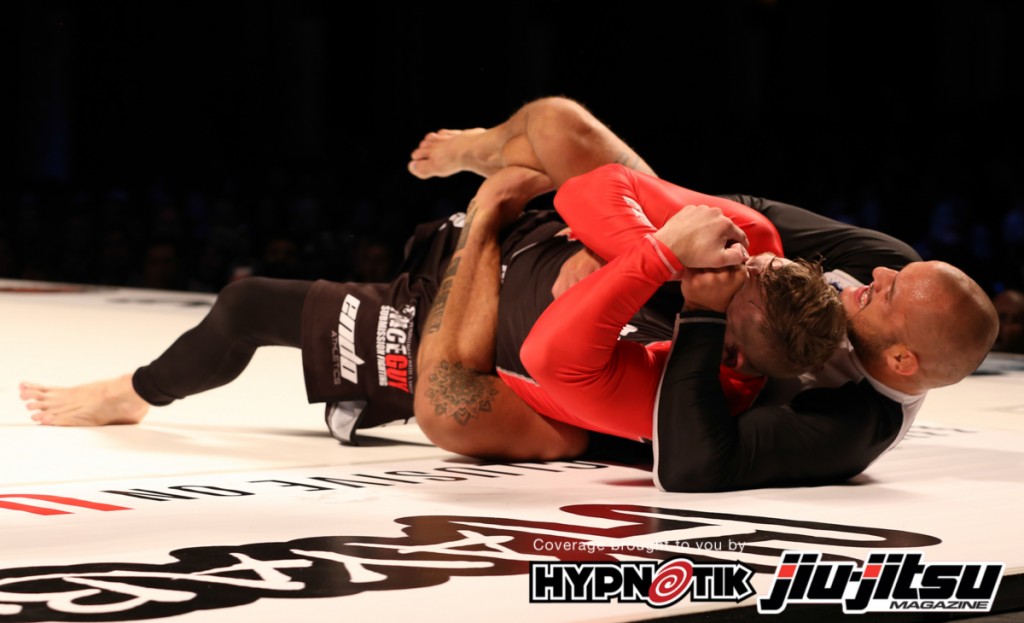 The third semifinalist was Kyle Griffin, who was able to beat Eduardo Telles’ awesome defense and get a heel hook in place. Griffin’s opponent in the second semifinal would be Felipe Fogolin, who caught Joe Baize with a RNC. 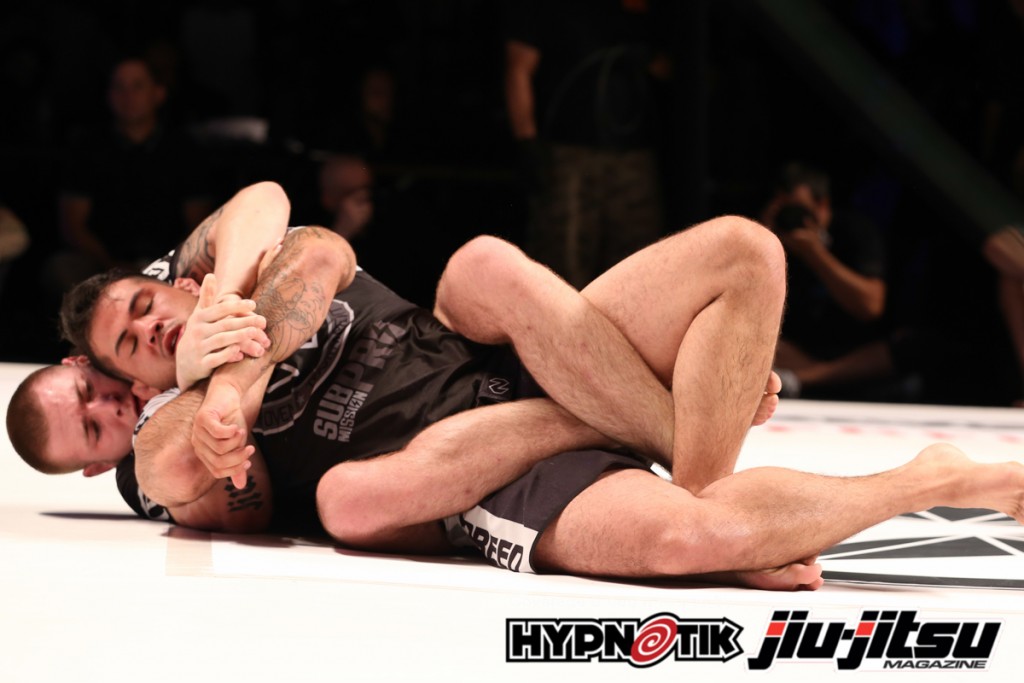 In what Gordon himself considered the toughest moment of the campaign,  Josh Hayden and him made all the way to first overtime to decide who would make it to the final. It was only then that Gordon got a RNC in place to win. 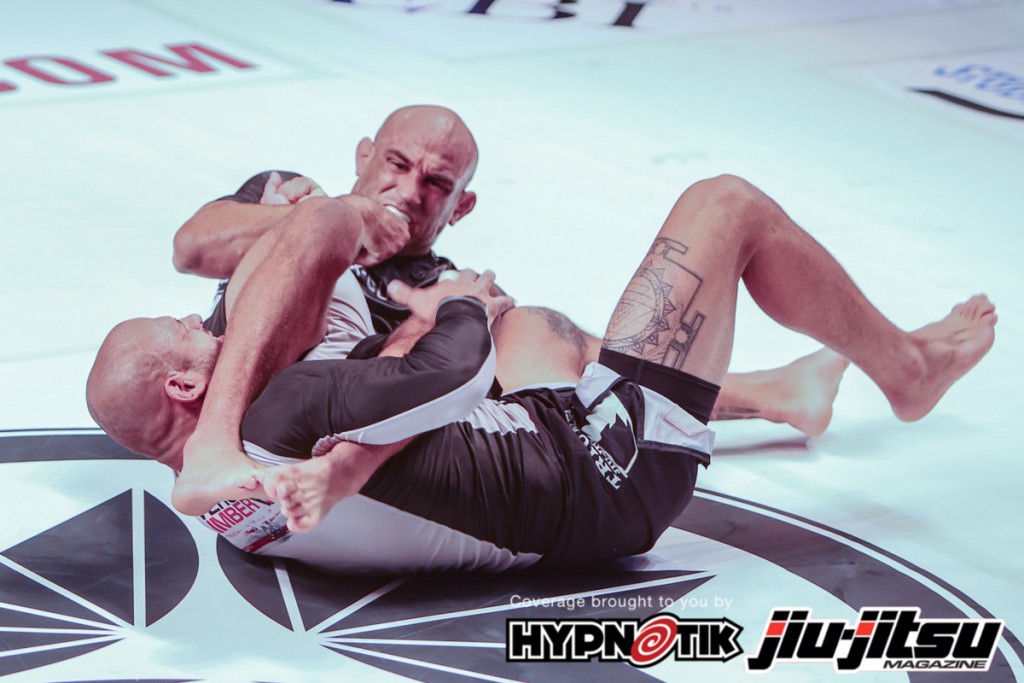 The second semifinal was the most thrilling match of the evening, thanks to its insanely dramatic final seconds. After a tough 10 minutes of regulation time, Kyle Griffin and Felipe Fogolin went to the overtime. In the second round, Griffin got the tap with an armbar in 21s. Then all he needed was to resist for more than that to win. Fogolin was able to stretch Kyle’s arm, but could not get the tap in time. 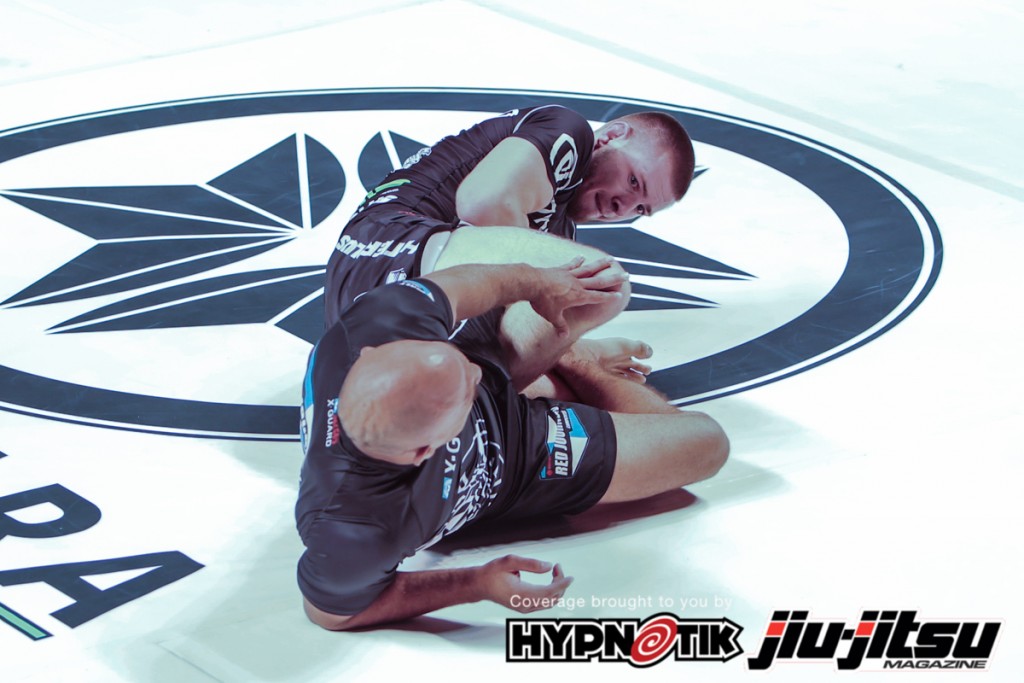 The middleweight belt knew its first owner after less than 60s of the final match. Gordon Ryan quickly worked his way to the heel hook and Griffin could do nothing but tap.

After the final, Gordon talked to JJM.

EBI returns on November 6, with it’s ninth edition featuring Gordon once again and also Keenan Cornelius after the light-heavyweight belt.

Coverage brought to you by Hypnotic.