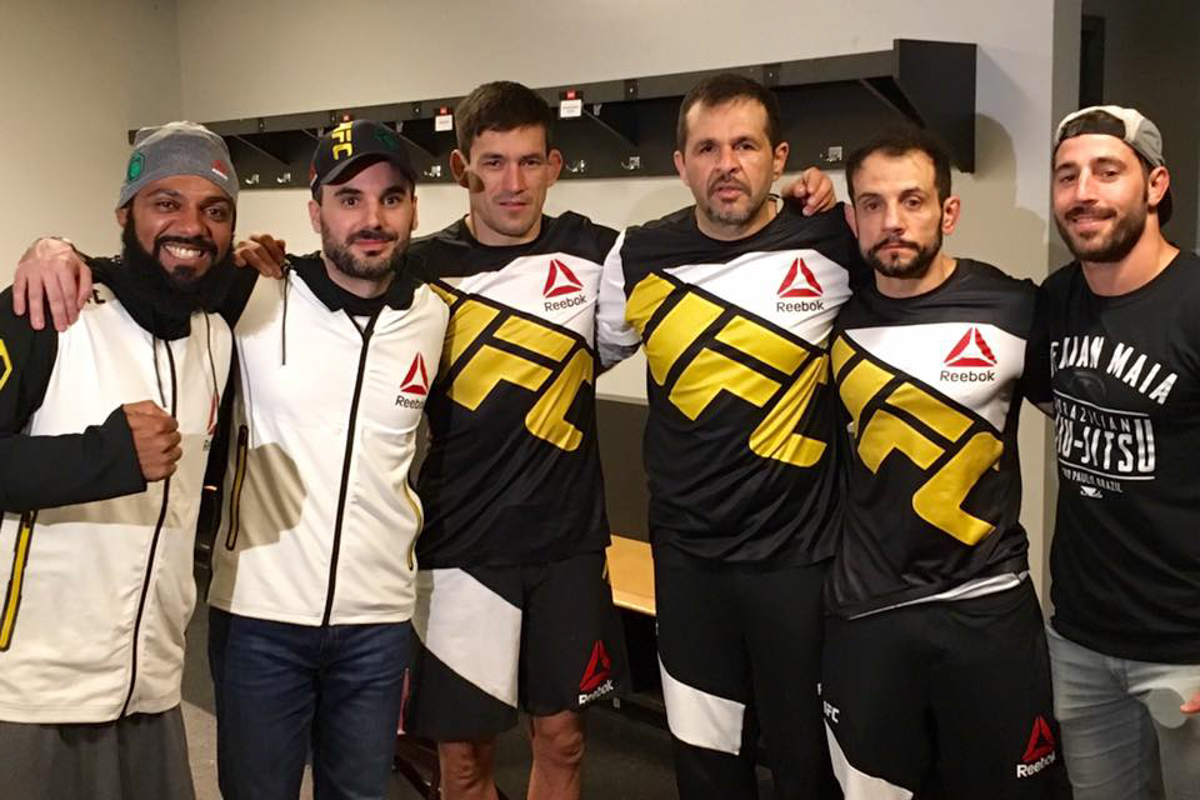 Demian Maia put another awesome performance this past Saturday, with a first round finish over Carlos Condit. With the result, Maia will most probably be fighting for the UFC welterweight belt the next time he steps in the octagon. Every Jiu-Jitsu practitioner can learn from what the Brazilian black belt has been doing in his combats. We listed 5 things you can definitely take away from his performances.

1. Trust in your game

Demian always says that Jiu-Jitsu is what he does and that’s going to be the path he’s going to follow in his way towards victory. Out of 18 wins in the UFC, he submitted 9 of his opponents, so his plan is clearly working. The lesson is: be prepared for anything, but have such confidence in your game that you will almost always be able to impose it on your opponent.

We have seen many cases of Jiu-Jitsu champions that had little or no success on MMA due to a difficulty to adapt the techniques to the new environment. Demian is not one of those cases. He’s been able to translate perfectly what he’s done for his whole life on the mats to the cage. His secret? Let Demian himself answer that: “I’ve always believed in Jiu-Jitsu as a martial art and not only a sport. That’s why I have always trained all aspects of the art. Despite being a competitor for years, I never stopped training self-defense or takedowns. I still do the same with my students today.”

Demian is on a 6-fight winning streak in the UFC and on the verge of fighting for the belt, but a few years ago he was in a very tough spot. After two straight losses to Jake Shields and Rory MacDonald on Oct. 2013 and Feb. 2014, he beat Alexander Yakolev on May 2014 and then stayed away for almost a year due to a series of health problems. At one point, he feared for his life: “In my third time back in the hospital, there was no more infection, but I still had a fever and the doctors did not know why. That’s when you realize you are not immortal. That situation taught me to prioritize things in life and also how to keep the focus.”

For some time now, after every fight, Demian atalks about a title shot. Little by little, more and more people are agreeing with him. Here’s how he was able to build such a strong record lately. “The secret is to evolve always, I am forever a student. I love what I do and I absolutely adore the process of learning. That’s what helps me get better and better. I’m always traveling to different places to learn from different people.

5. Keep your feet on the ground, always

Demian says: “I lost count of how many fighters I’ve seen with tons of potential who got lost in the vanity traps of our sport. The more fights you win, more people gather around you to give you bad advise. The secret lies on simplicity, but that does not mean it’s going to be easy, much the opposite.”