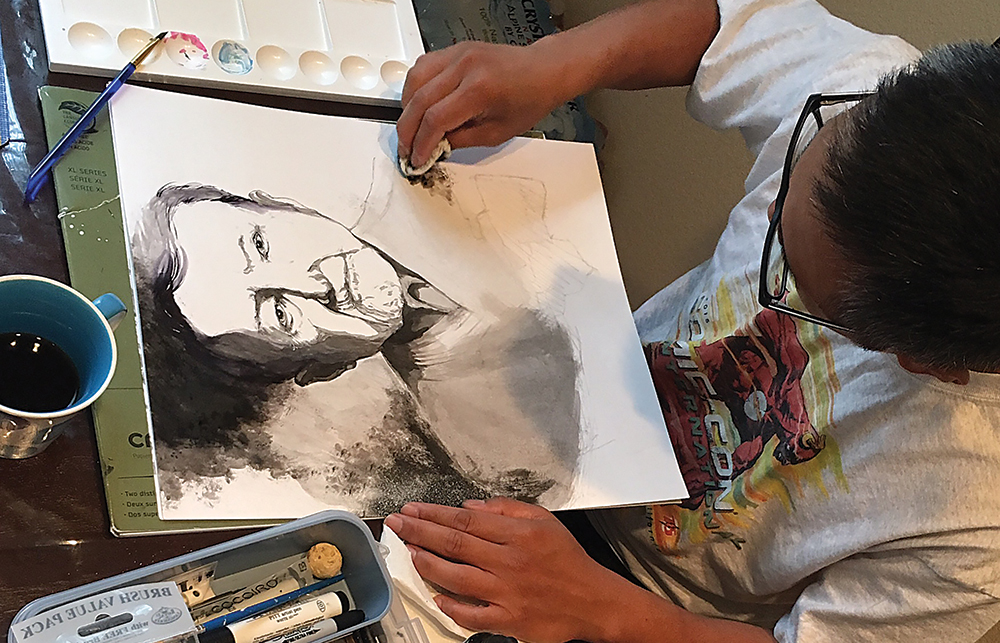 Who is: Bong Abad 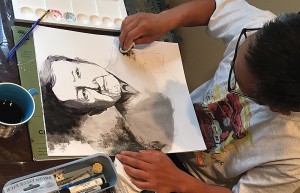 When you hear the name Bong Abad you might think maybe it’s some metal band, or may be a reggae act. But since you’re into jiu-jitsu, then you’re probably more aware of Bong Abad than you know. If you own any “comic book” looking rashguards, there’s a pretty good chance you’re rolling in some art that started off in the mind of Bong. Bong Abad is the 42-year-old founder of the Gawakato brand of jiu-jitsu gear. Along with art created for his own brand, his artwork has been shared by over a dozen different brands and schools around the world. Bong’s love of jiu-jitsu, martial arts, and comic books run deep. In fact, his two daughters are named Lana and Lois- advantage to you if you know where those names came from. Bong grew up in the Philippines until moving to the UK in 1999 to pursue a career in nursing. Two years ago, Bong, his wife Jan, and the two girls packed up and made the move 5,000 miles away to sunny Southern California. We caught up with Bong to find out a little bit about this artistic mastermind.

How old were you when you first discovered you had a knack for drawing?

Very young. I do remember my grandfather being very proud of me because I made quite a detailed drawing of a truck that drove by. I was around five or six years old. My grandfather was a carpenter – an artist himself. I never saw him draw at all, but the furniture that he carved and built was amazing.

Where do you find inspiration for your artwork? 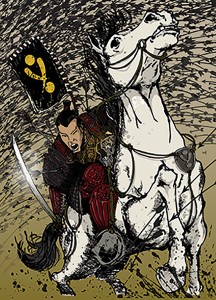 From everything I see – billboards, advertising/commercials, movies, comics, and of course, jiu-jitsu. Facebook and Instagram have been a haven for inspiration too. I follow artists and designers like Bill Sienkiewicz, David Mack, Terada, Jim Lee, and Whilce Portacio. I look at their work and know that I need a lot more practice before I reach even a fraction of their level of craftsmanship.

How long ago did you discover jiu-jitsu and when did your creative talent intersect with jiu-jitsu?

I started jiu-jitsu towards the end of 2010 in the U.K. under David Webb, a purple belt back then and now a black belt from Nic Gregoriades. I was doing Kali and Muay Thai before I got addicted to jiu-jitsu. When I started jiu-jitsu, there weren’t many brands that I really liked apart from Scramble and Manto. I thought, “Maybe I can do something unique that just might attract the average jiu-jitsu practitioner.” I’ve been a comic book fan since I was young, and my art h

Gawakoto (origin: Filipino) dissected:  gawa- made/make, ko- I/my, ito- this, translates to “I made this”  – for those who don’t know it yet, Gawakoto was a virtual studio at first before it became a brand. I wanted to combine my love for comics and jiu-jitsu by doing original artwork and characters on jiu-jitsu gear. It’s a brand for the geeks by a geek.

Where did the idea for that come about?

To be a brand wasn’t part of the plan. At first, I wanted just to design for other brands. Scramble was the first one to take that chance, which I am very grateful for up to this day. But obviously, my kind of aesthetic was only needed on certain projects, so I decided to start designing my own stuff.  So there, it transformed from a virtual studio to a jiu-jitsu lifestyle brand.

How many other companies have you designed for? 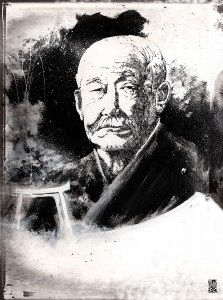 You recently moved to California from the UK, how did that come about?

Well, I’m actually a Registered Nurse and have been for a long time. There was an opportunity to work in the U.S. so I grabbed it and went  (after jumping through fire hoops!).  So, I’m still a nurse moonlighting as an illustrator and brand owner.

How’s your experience been so far?

It has been very good. San Diego is perfect. My family loves it here. Weather is perfect, jiu-jitsu is even better, and the San Diego Comic Con is here too. What more can I ask for?

What crazy things have you discovered that you tell your friends back home about?

If moving five thousand miles across the Atlantic after 15 years of living in the U.K., isn’t crazy enough, I don’t know what is. Maybe I’ve yet to discover more of the crazy SoCal lifestyle.

How’s your jiu-jitsu training been since you’ve moved out here?

I get my a** handed back to me every time!  Awesome! Training with highly-skilled competitors and being instructed by world champions – can’t really complain about that.

Why did you choose to train at University of Jiu-Jitsu? 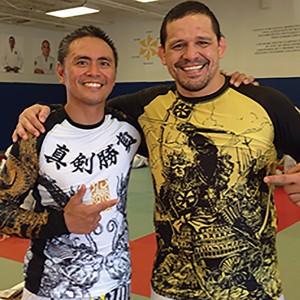 There were a couple of choices, but I only managed to try out the University. I really liked the atmosphere, apart from the fact that I know my instructors are two world champions.

Anything super cool that we should be on the lookout for from Bong Abad or Gawakato in 2016?

Well, there are few in the pipeline. We have the ‘Supremo’, our 4th gi since the brand started. This will be the only gi that won’t be a limited edition. Our kids’ range will debut this year. The brand will be collaborating yet again with another Marvel artist who worked on Wolverine, X-men, Civil War, and just recently, Star Wars.

I am also working on a couple of licensed properties.

Video: watch the highlights of Malfacine vs. Terra at the 2016 Worlds

Turtle Your Way to Side Control with Eduardo Telles