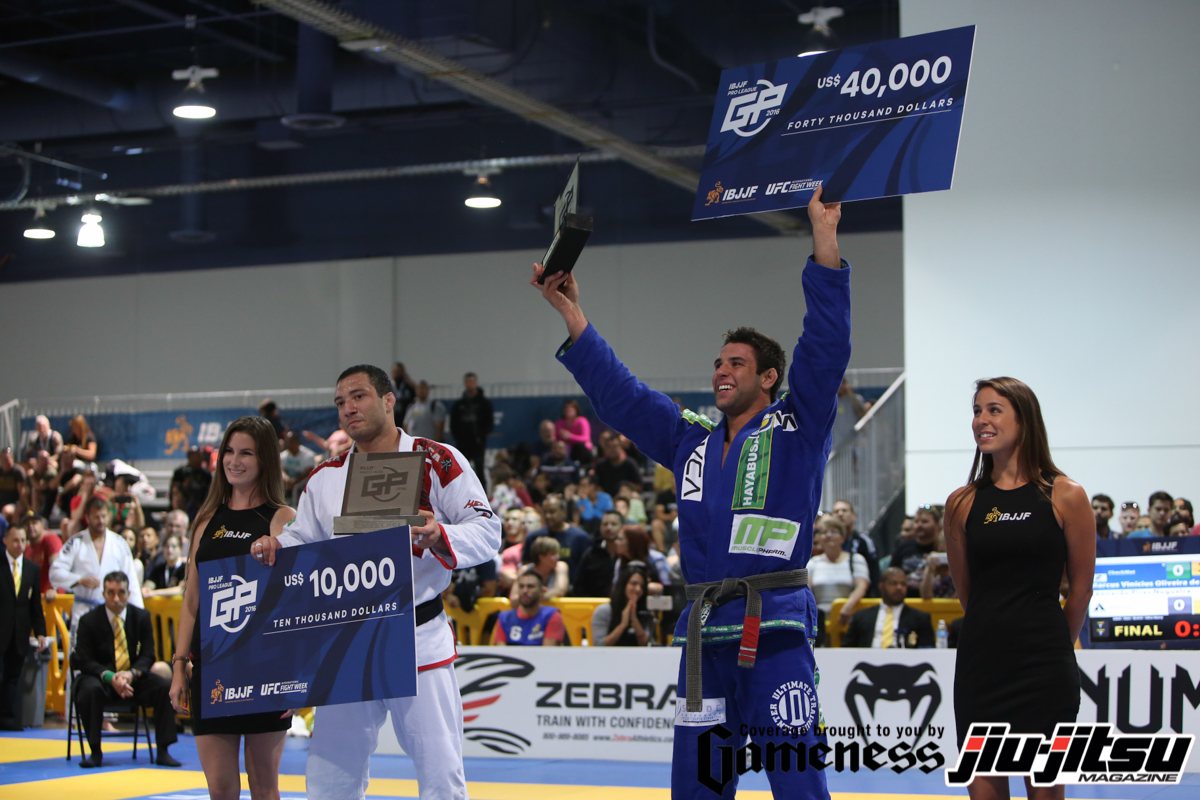 Marcus Buchecha had another amazing run at the competition to cash out the $40,000 big prize offered for the champion of the IBJJF Pro League GP, this Saturday, July 9, in Las Vegas. The four-time black belt open class world champion had to fight three times to make to the top of the podium take home the big check. 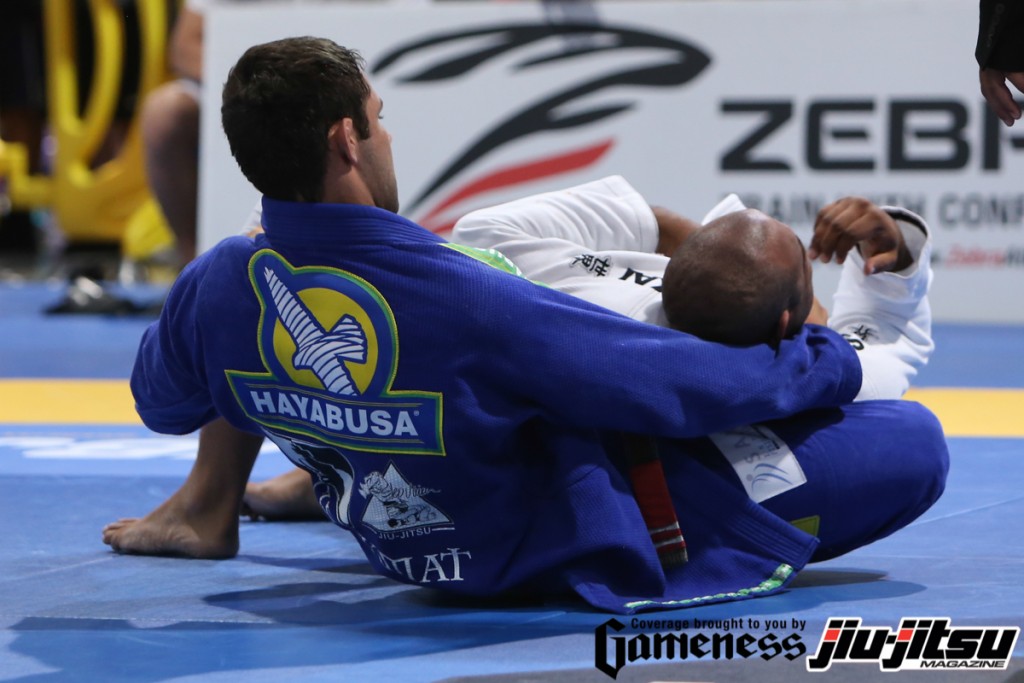 Buchecha’s campaign started out with a bow and arrow choke on Bruno Bastos, after applying a beautiful judo takedown, guard pass and back take. Then, Buchecha had a rematch of the 2016 Worlds ultraheavy semifinal against the always dangerous João Gabriel Rocha. Rocha was coming from a dominant performance against Felipe Pena in the first round. Rocha put a lot of pressure on Pena’s guard to score five advantages and get the spot in the semifinal. 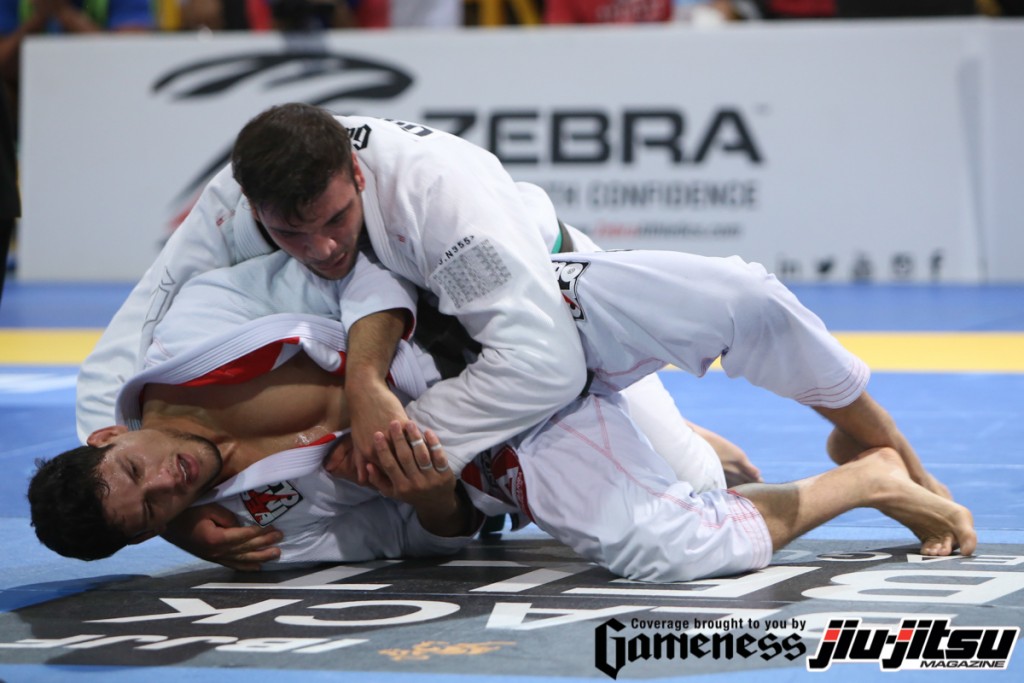 Buchecha started out the match against Rocha in full speed, quickly getting to the full mount after a guard pass. Rocha was brave and fought back to get out of the tough spot and put Buchecha on his back again. The athlete from Soul Fighters fought as hard as he could to try to get back in the scoreboard, but to no avail and the final numbers showed a 7-0 lead that took Buchecha to the final. 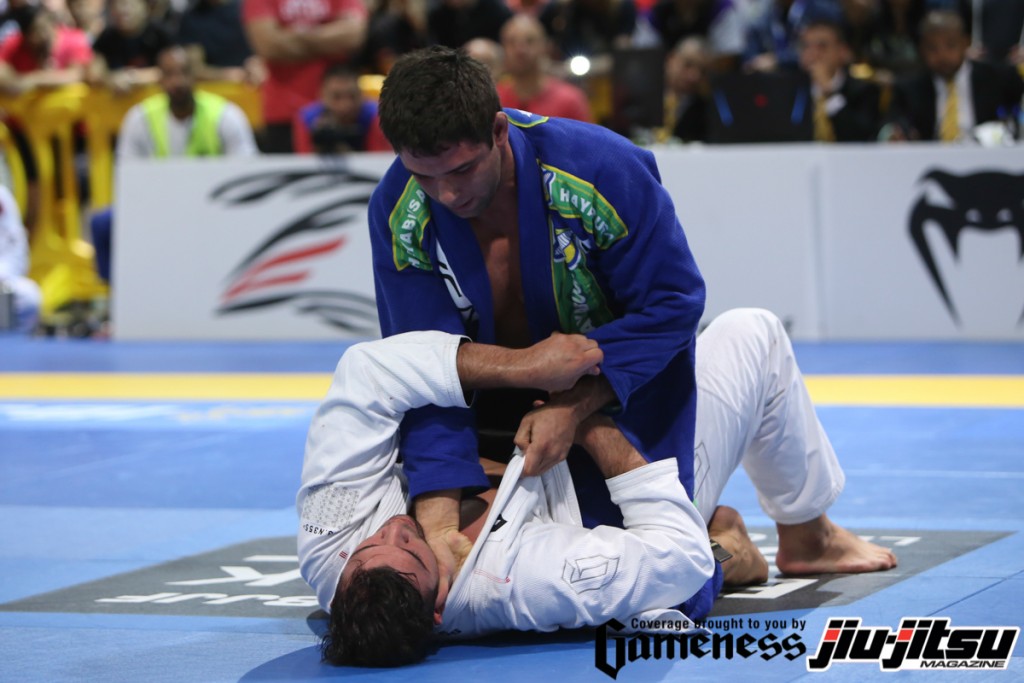 On the other side of the bracket, Leonardo Nogueira first had to face Alexandro Ceconi, in a rematch of the 2016 Worlds superheavy final. This time, Nogueira took no prisioners and quickly got to Ceconi’s back to finish with a bow and arrow choke. 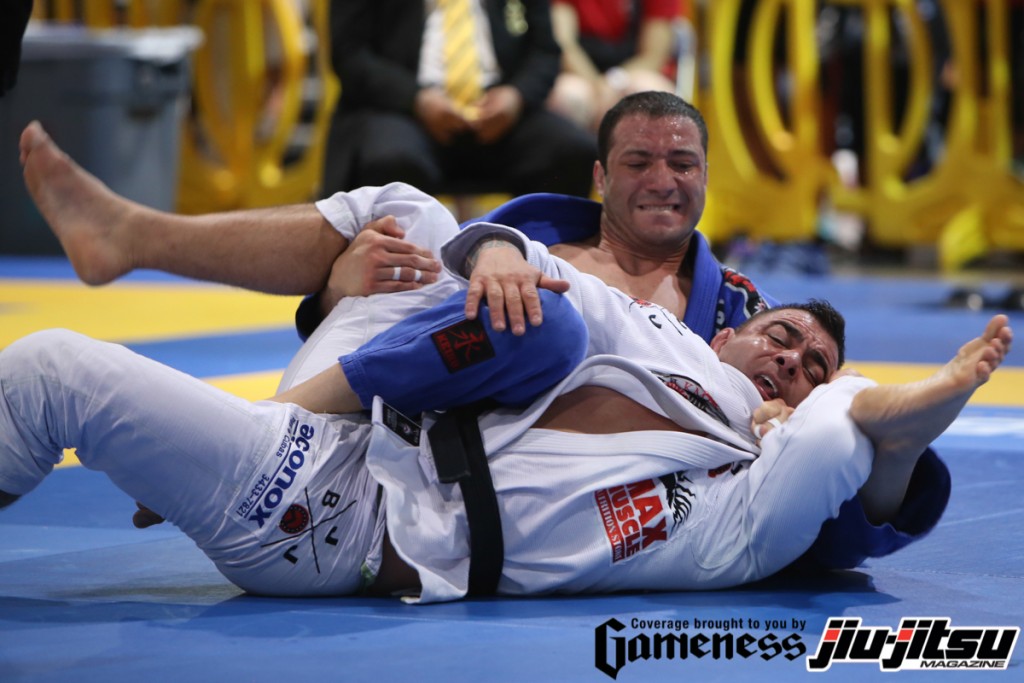 The other quarterfinal was between Xande Ribeiro and Mahamed Aly, a true generational clash. Xande started out better, getting a omoplata in place and almost managing a sweep, but Mahamed fought back, allowing only an advantage. Eventually, Aly was able to get a sweep in place to go ahead in the board. He defended Xande’s dangerous attacks to win in the end and advance to the semifinals. 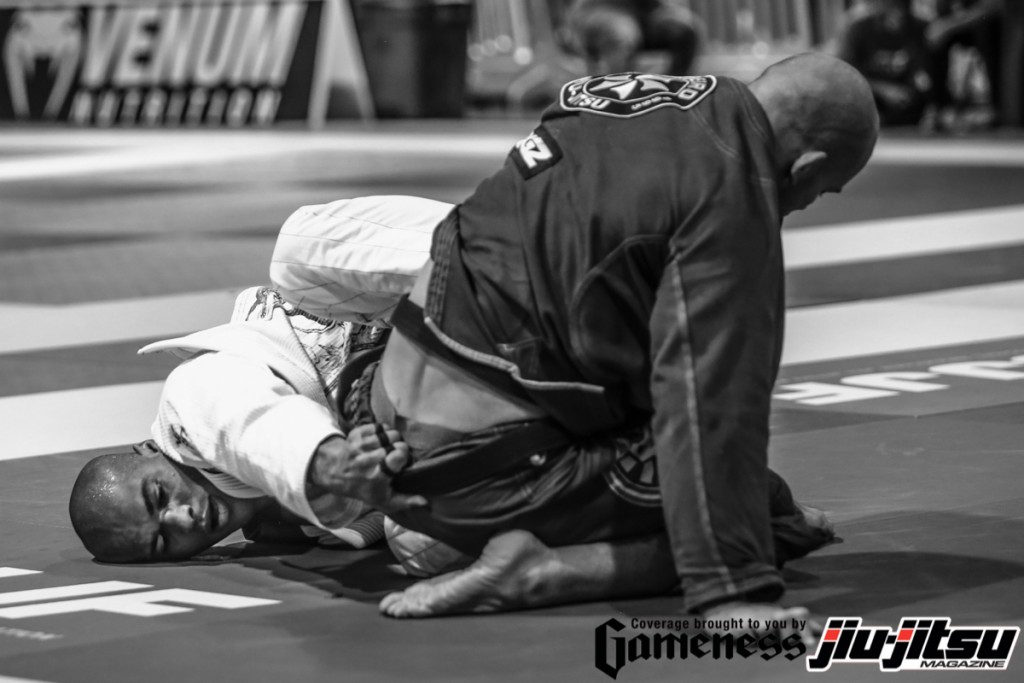 Leo vs. Aly was a close match between two powerhouses. Leo Nogueira was able to resist Mahamed’s pressure game to sweep once and then score a takedown and win 4-2 to qualify for the final against Buchecha. A reedition of the 2012 Worlds black belt open class final. 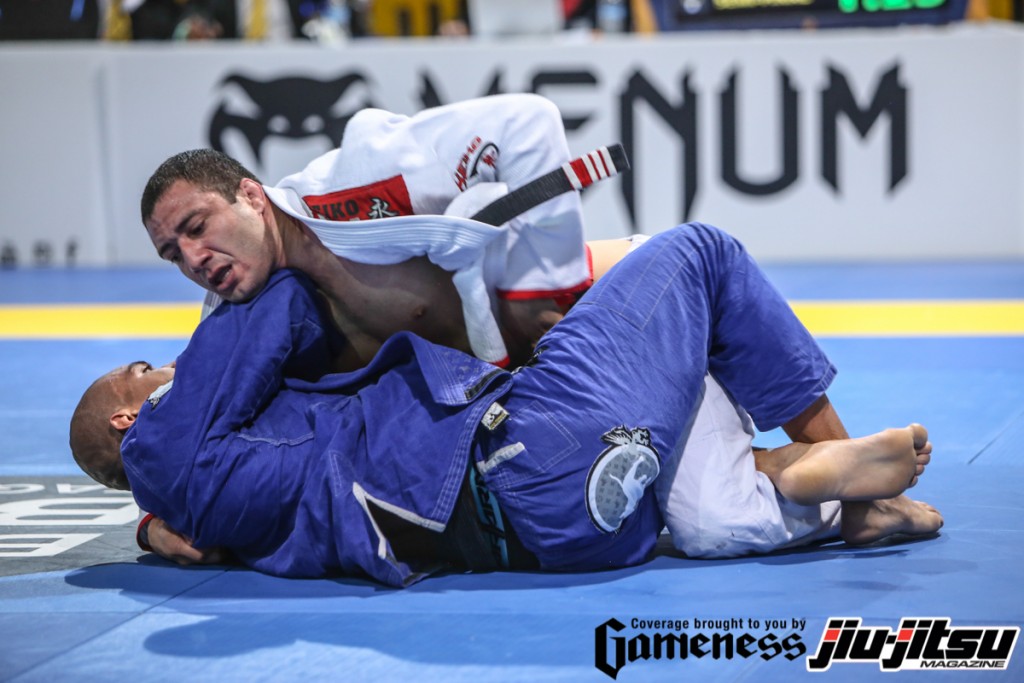 Marcus Buchecha is all about pressure and finishes, but he also knows how to pace himself very well and play a strategic match. That was the case in the final. Buchecha scored two advantages early on for near passing the guard and then stayed on top and defended perfectly against Nogueira’s dangerous half guard game. As the final buzzer came, he was able to smile and celebrate the big win…and also the extra $40k in his bank account. 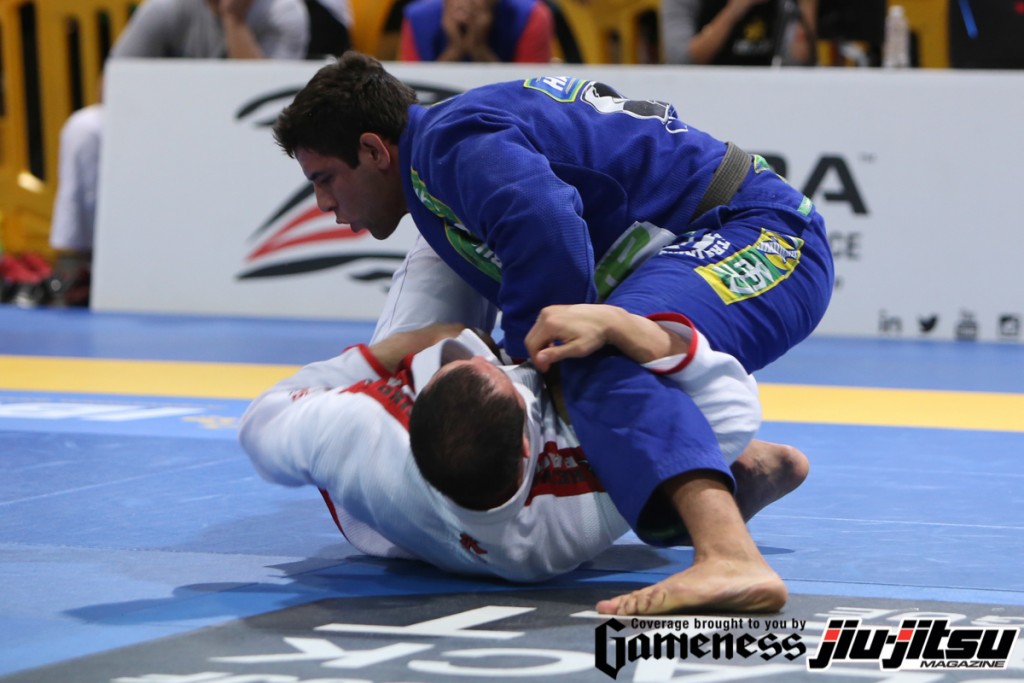 “I was one of the biggest advocates of this kind of tournament, where competitors get prizes that allow them to live as professionals. I am very happy to say that all the doubts I had after the knee injury I had in 2015 are now gone. I am a better fighter and a better pewrson now,” summed up Buchecha.