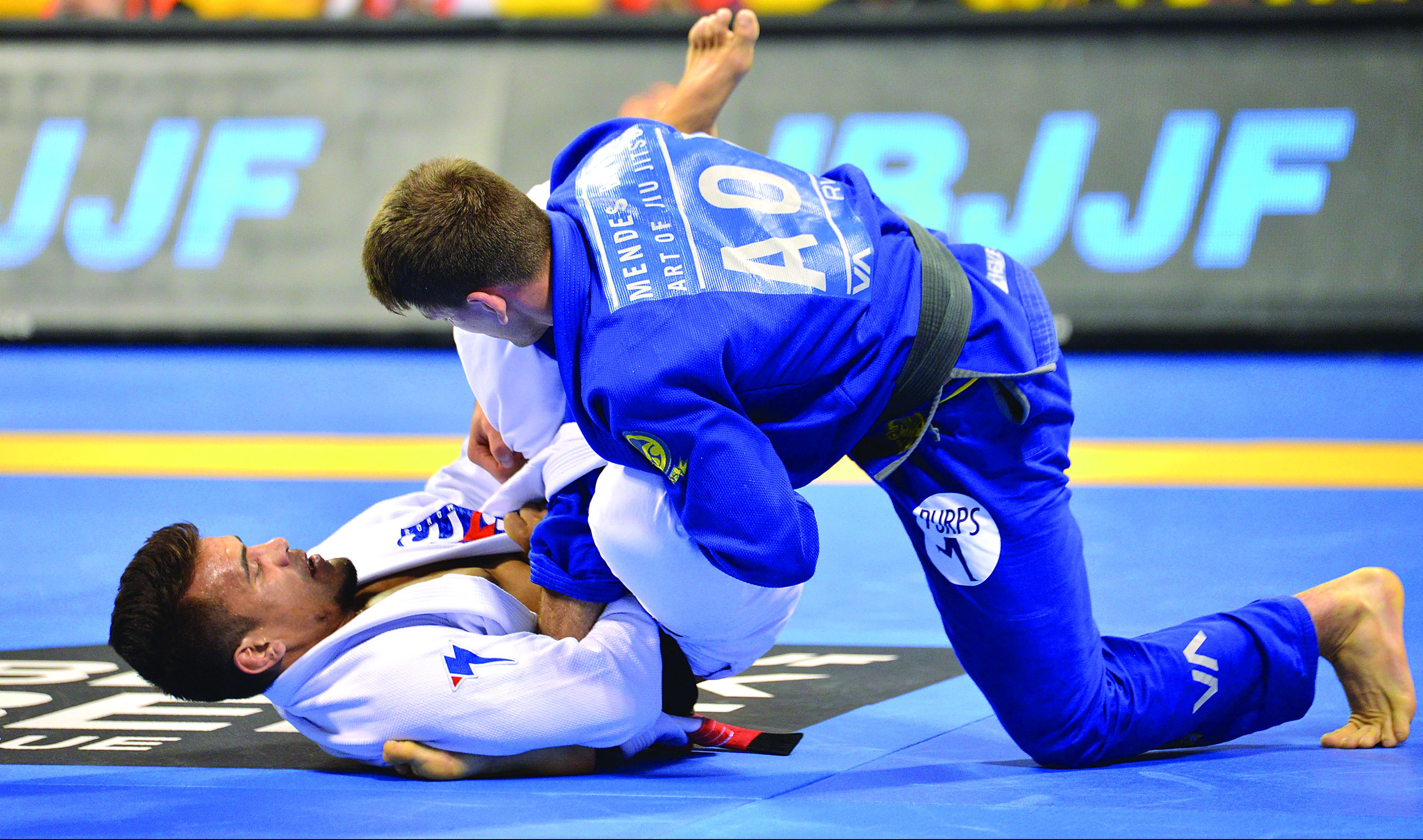 YOUR GUARD PASS STARTS FROM YOUR BACK

WHEN I TEACH JIU-JITSU CLASSES IN PITTSBURGH, THE MOST COMMON QUESTIONS I GET USUALLY REVOLVE AROUND GUARD PASSING. WHAT GUARD PASS IS THE BEST? Which ones should I learn? Why isn’t this pass working? And on and on. The frustration is understandable. Passing the guard is really hard, and one’s failure to pass the guard can lead to disastrous, soul-crushing consequences. There’s nothing like having an opponent half your size do a weird break dance move under your legs and somehow end up on your back with a bow-and-arrow choke. When you are passing, you have a slew of potential paths to choose from, and your opponent could play any one of a hundred guard variations to complicate or shut down your game plan. It can all feel hopelessly complicated. Instead of trying to arbitrarily pick your preferred guard passes, take a mental step back and think about what kind of guard you play.

The Path to the Top
For many jiu-jitsu players, working to pass is preceded by some sort of sweep from guard. As much as we might drill guard passing from a static, generic closed or open guard, the reality of the application is that you will play your guard, you’ll hit your sweep of choice, and you will start to initiate a guard pass as you establish a top position.

Many guard techniques naturally complement certain styles of passing
If you mix the wrong techniques together, your sweep will feel strong, but your transition from bottom player to top player might feel choppy. Your feet are out of position for the pass. You need to change your grips. Your weight and orientation aren’t quite right. When your sweep and pass preferences align, the transition between the two is seamless. As you complete your sweep, you automatically begin the pass. In execution, finding the actual point where one ends and the other begins is difficult. There might be only minor shifts in grips or footwork, making the process efficient and consistent. Admittedly, this is not a hard science. There is plenty of room for creativity and invention, so don’t consider the rest of this piece to be some attempt at technical scripture. Instead, look at this as a concept. To get the most out of your sweeps and your passes, you should be leveraging the connections between the two. We’ll help you get started 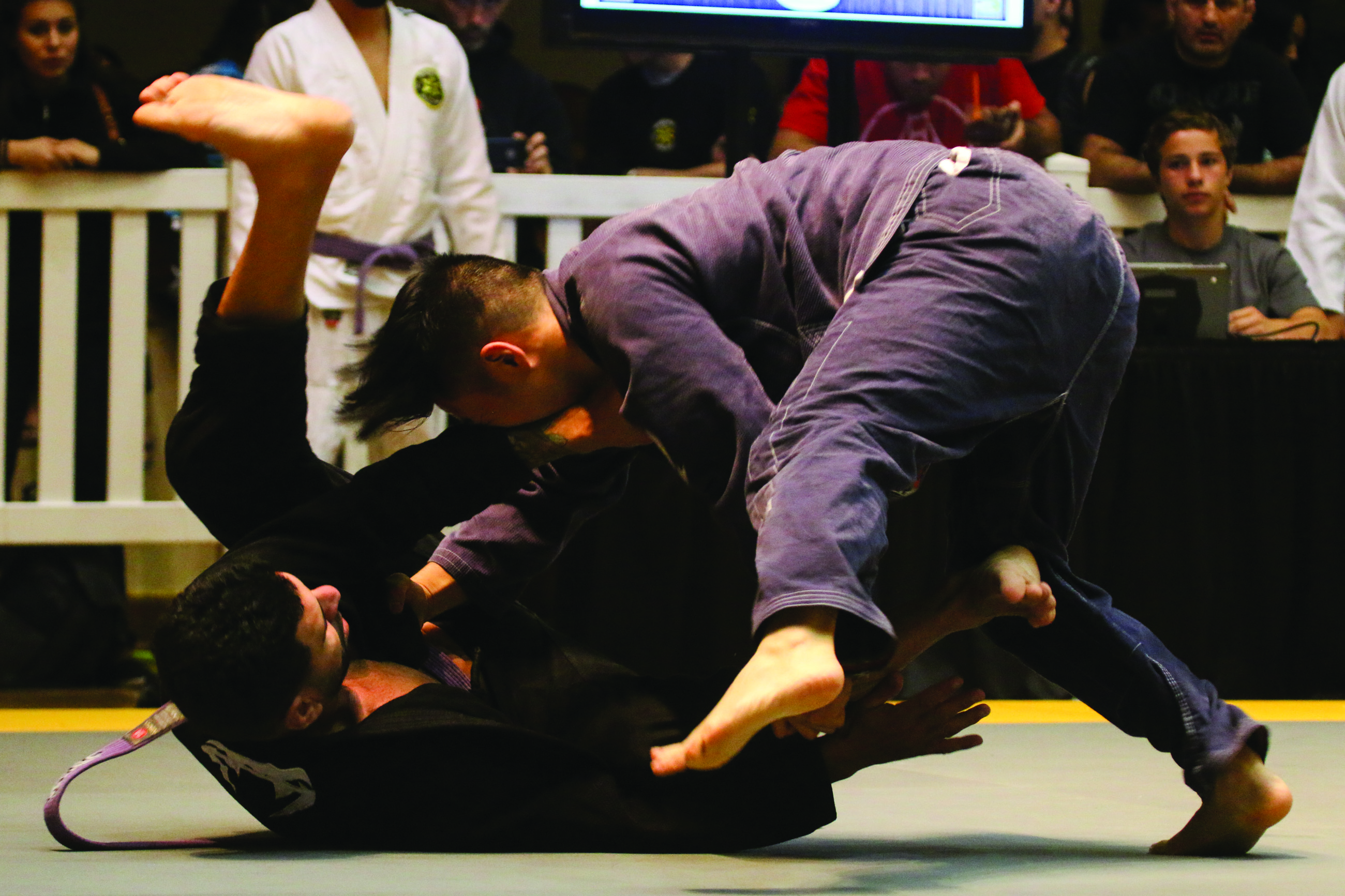 Butterfly Sweep to Knee Slice/Cross Knee Pass
The classic butterfly sweep requires an underhook, an overhook, and at least one foot hooked inside the thigh of your opponent. You execute the sweep by off balancing your opponent and elevating with your hook. At the peak of the sweep, with your hook elevated and your opponent on his back, you are in a perfect position to transition to a traditional knee slice/cross knee pass. You have a strong underhook. You have one leg between your opponent’s legs, ready to cut across, and you have the angle to create a powerful drive with your hips. If you attempt to x-pass or leg drag from here, you would have to adjust your position significantly, giving your opponent a lot of time to work in the process. 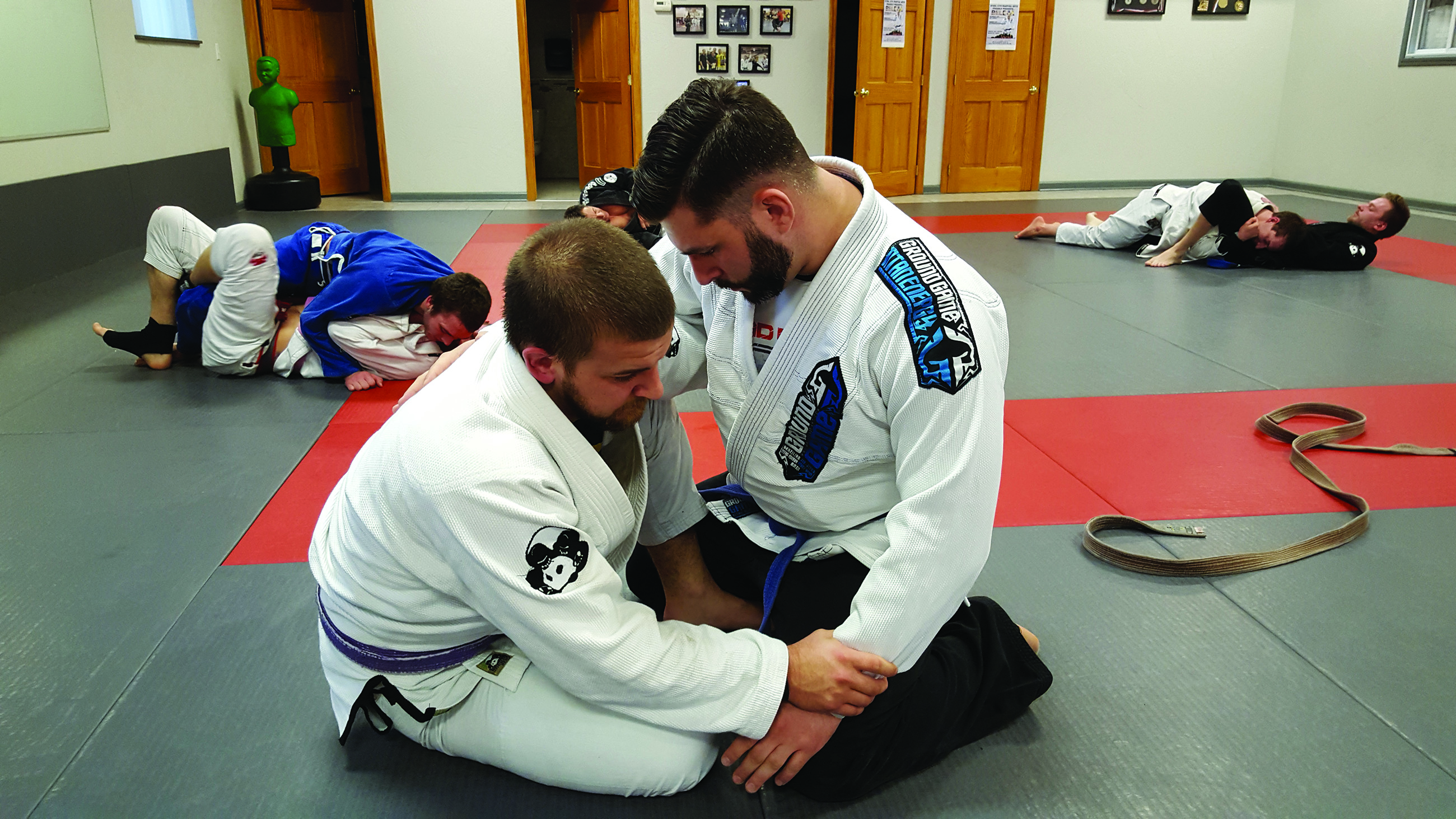 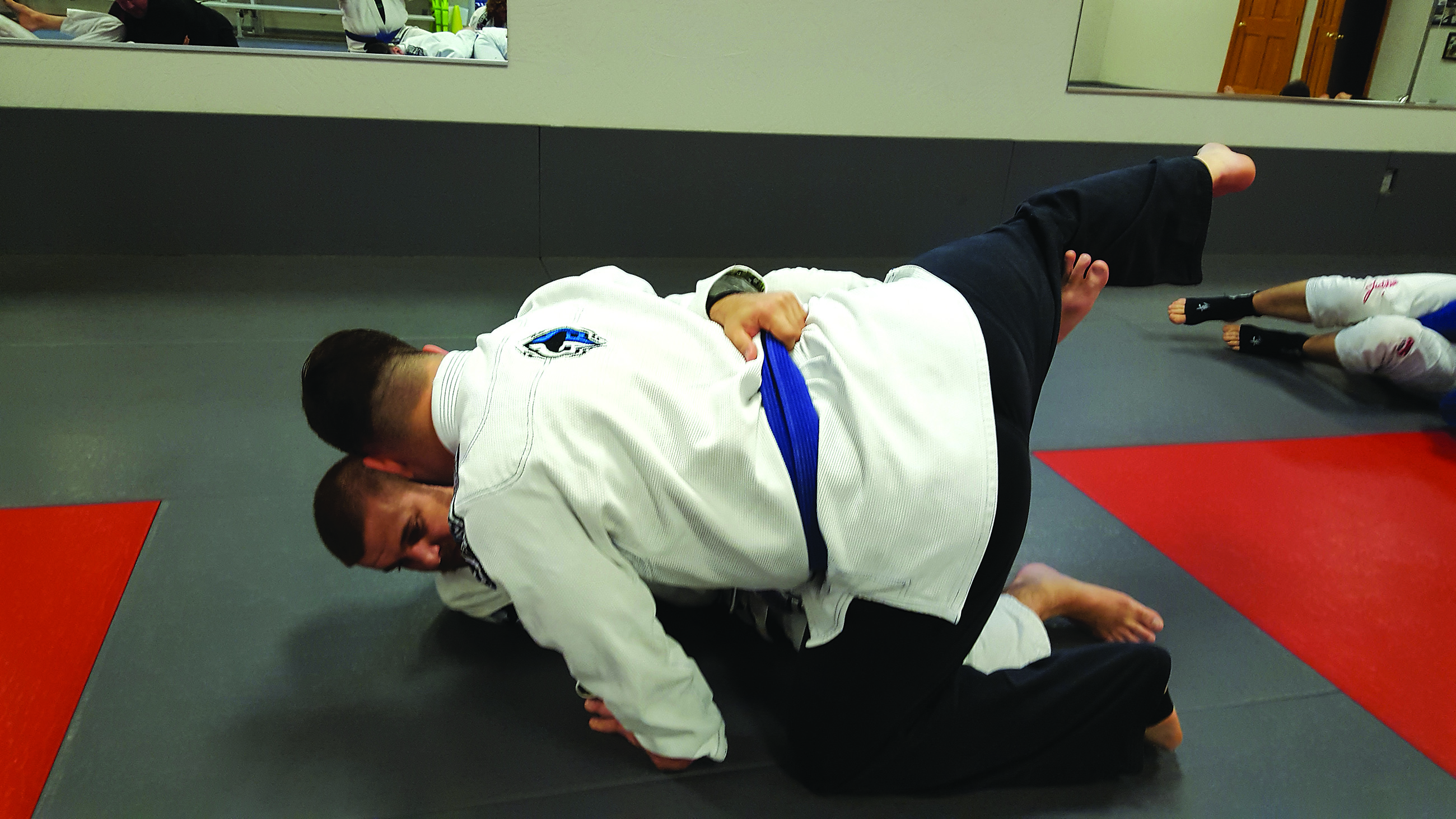 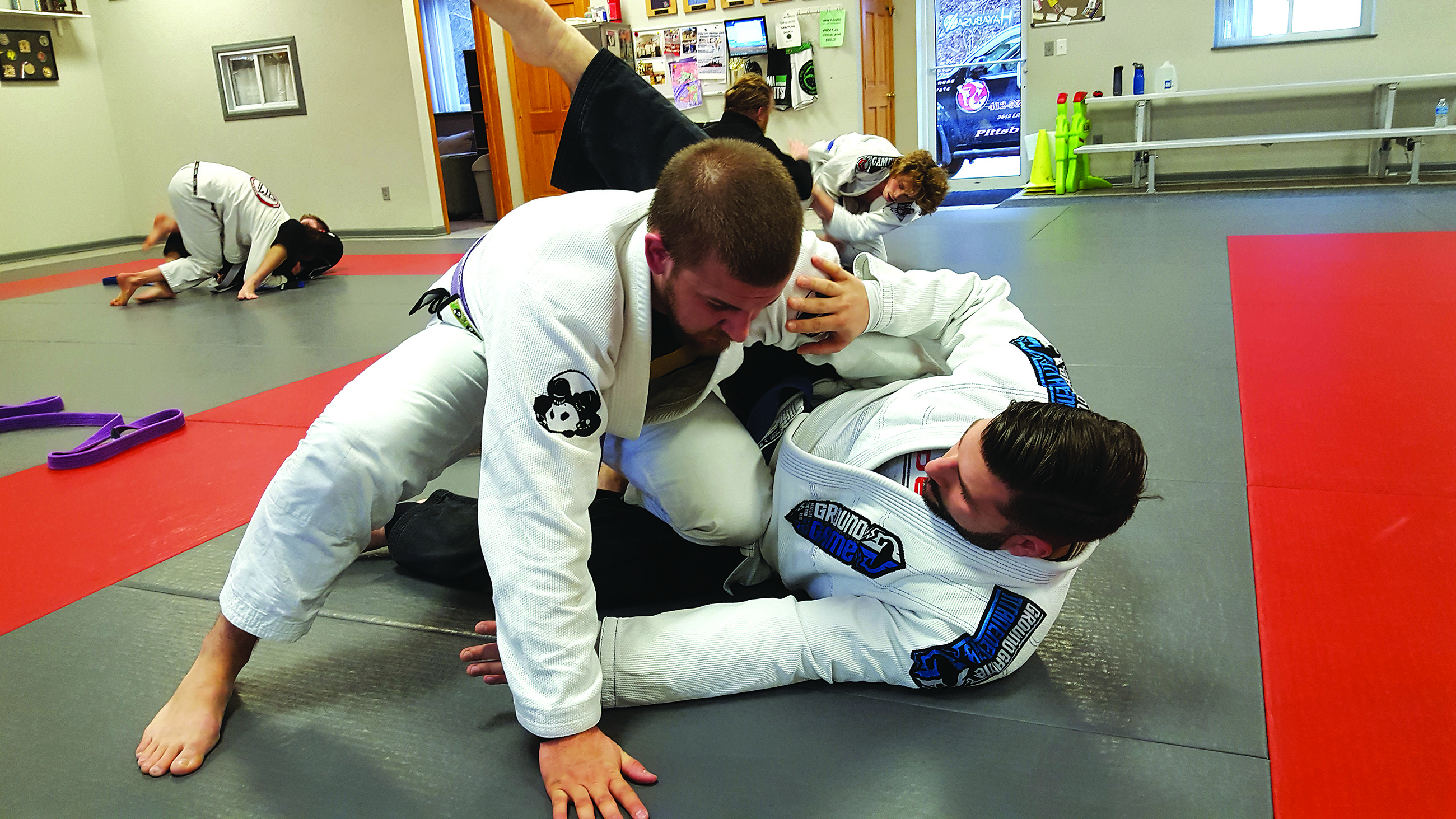 Single Leg to Over-Under Pass
The single leg is both a takedown and a sweep that you can hit from a number of different positions with virtually all of them ending with you in a prime position to execute the over-under pass. Most single leg entries will put your opponent’s leg between your legs, set your head inside his hips, and wrap your arms around his vulnerable leg. When you finish the technique, you are essentially in the same position except on top. You can quickly drive your head across his hips to the far side, and hook his far leg with your inside arm, locking his hips in place with tension and pressure. It’s a super reliable pass, and the single leg is a versatile sweep. Chaining the two together creates powerful match momentum that can be difficult to stop. 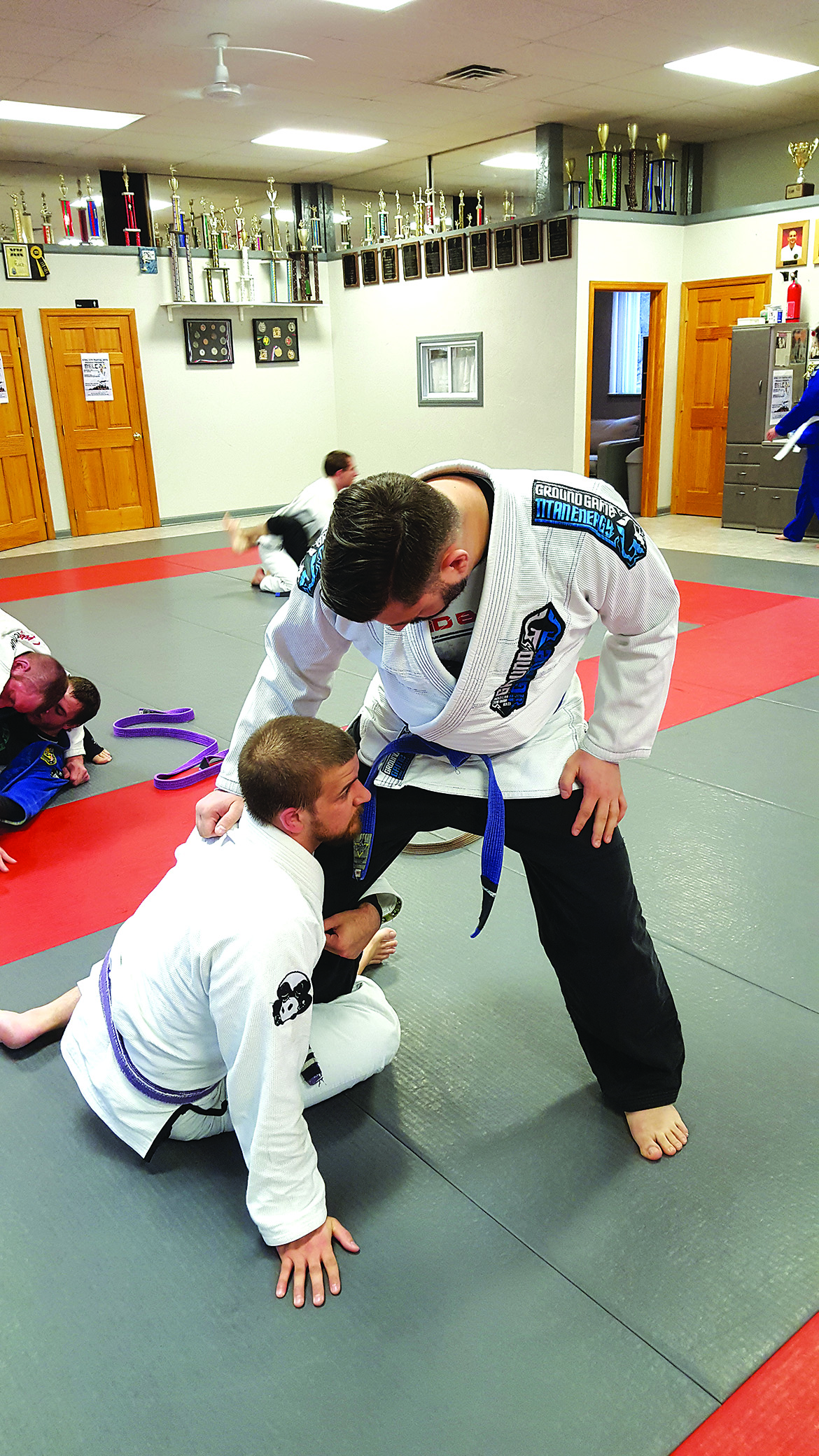 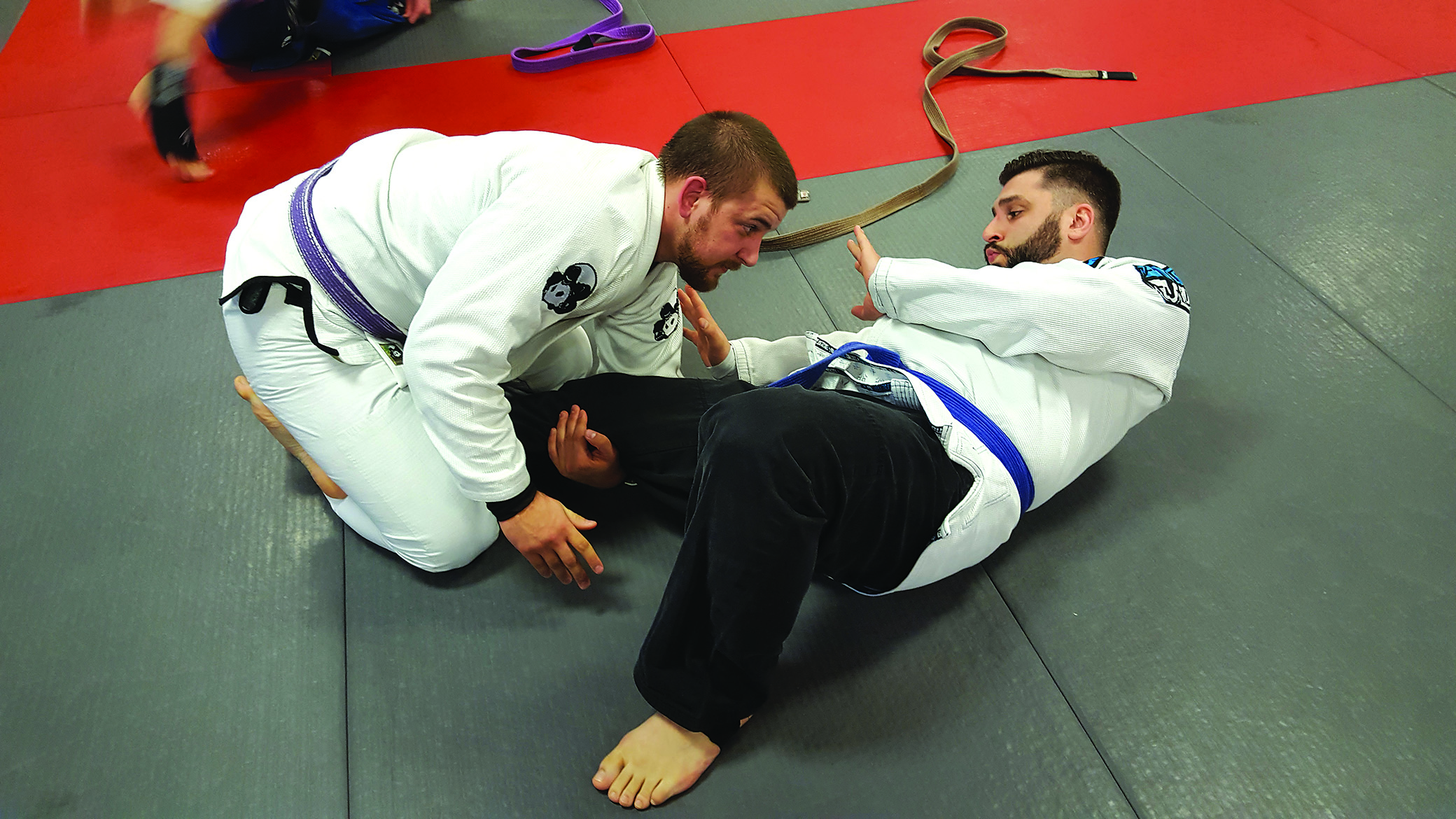 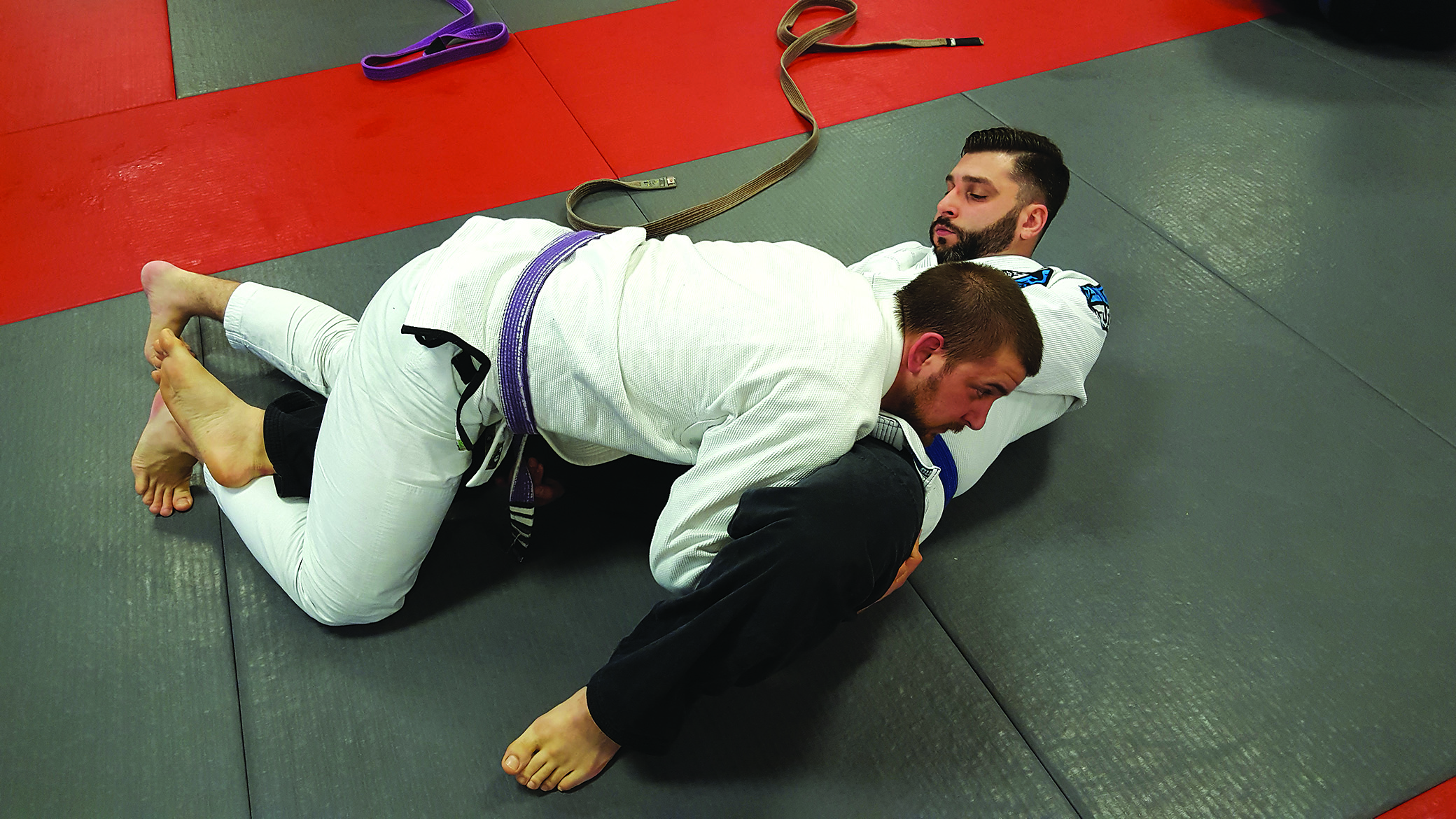 Berimbolo to Leg Drag
While the ideal outcome for a Berimbolo attempt is a successful back take, using it as a sweep still earns you points and gets you on top. In many scenarios, the transition to the top begins when you’ve already completed the rotation under your opponent’s legs but aren’t successful in exposing his back. From here, you have direct access to leg grips, and his leg positioning sets the stage for a key ingredient to the leg drag: getting one of your opponent’s legs across your body to the opposite side of your own. In many scenarios, popping up for the leg drag is a few easy steps away, and this is what we see Berimbolo specialists doing again and again. 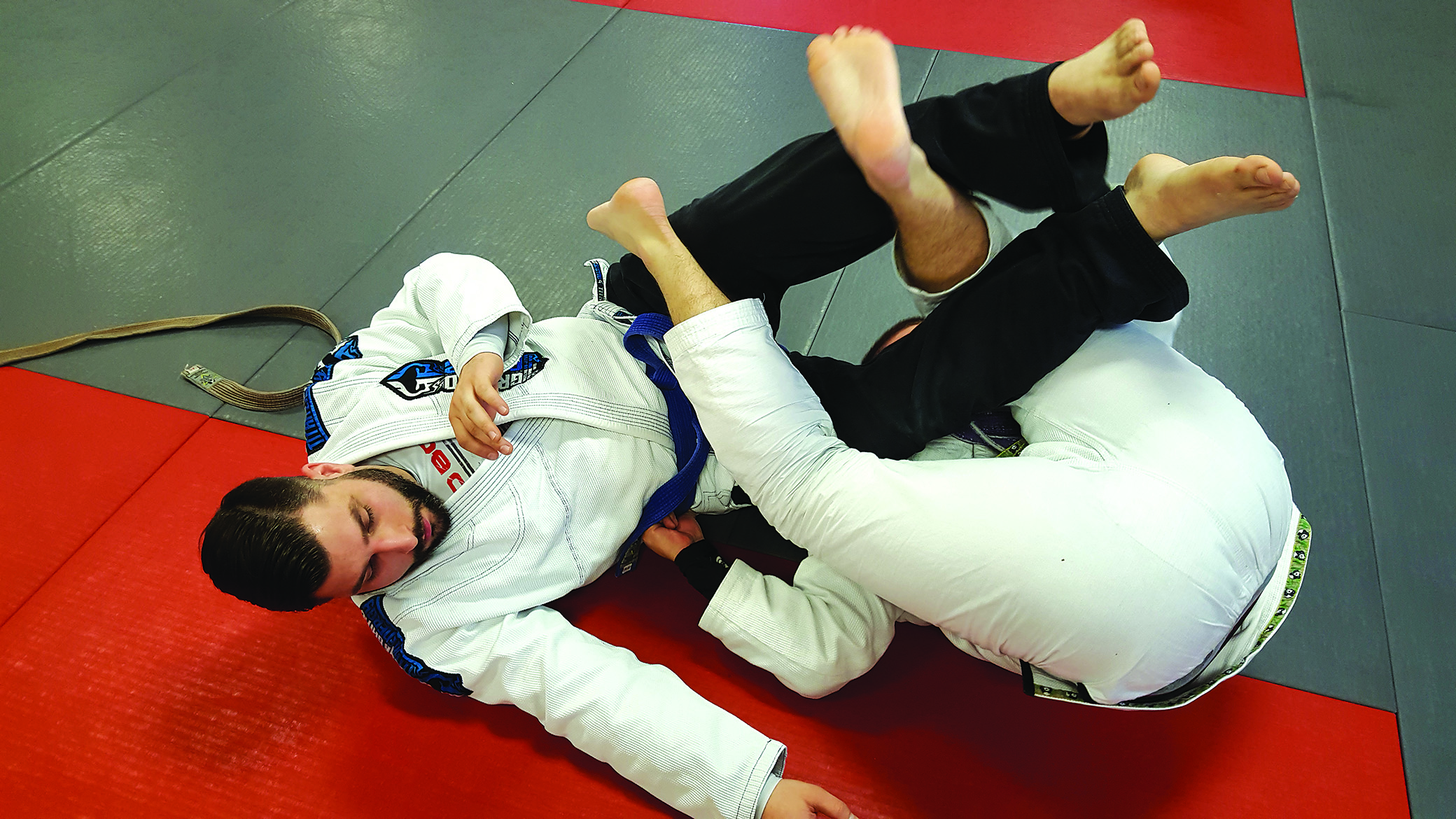 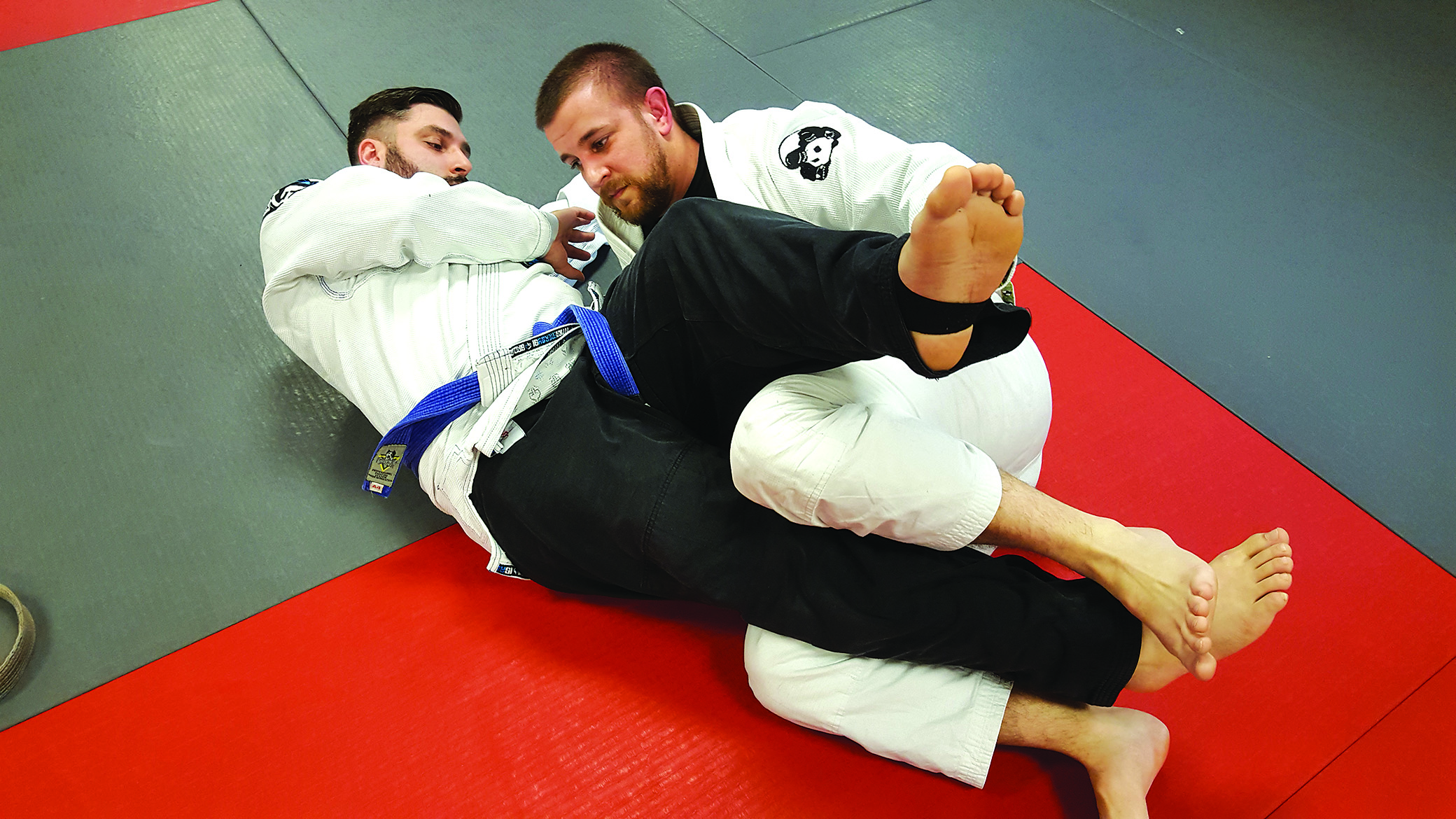 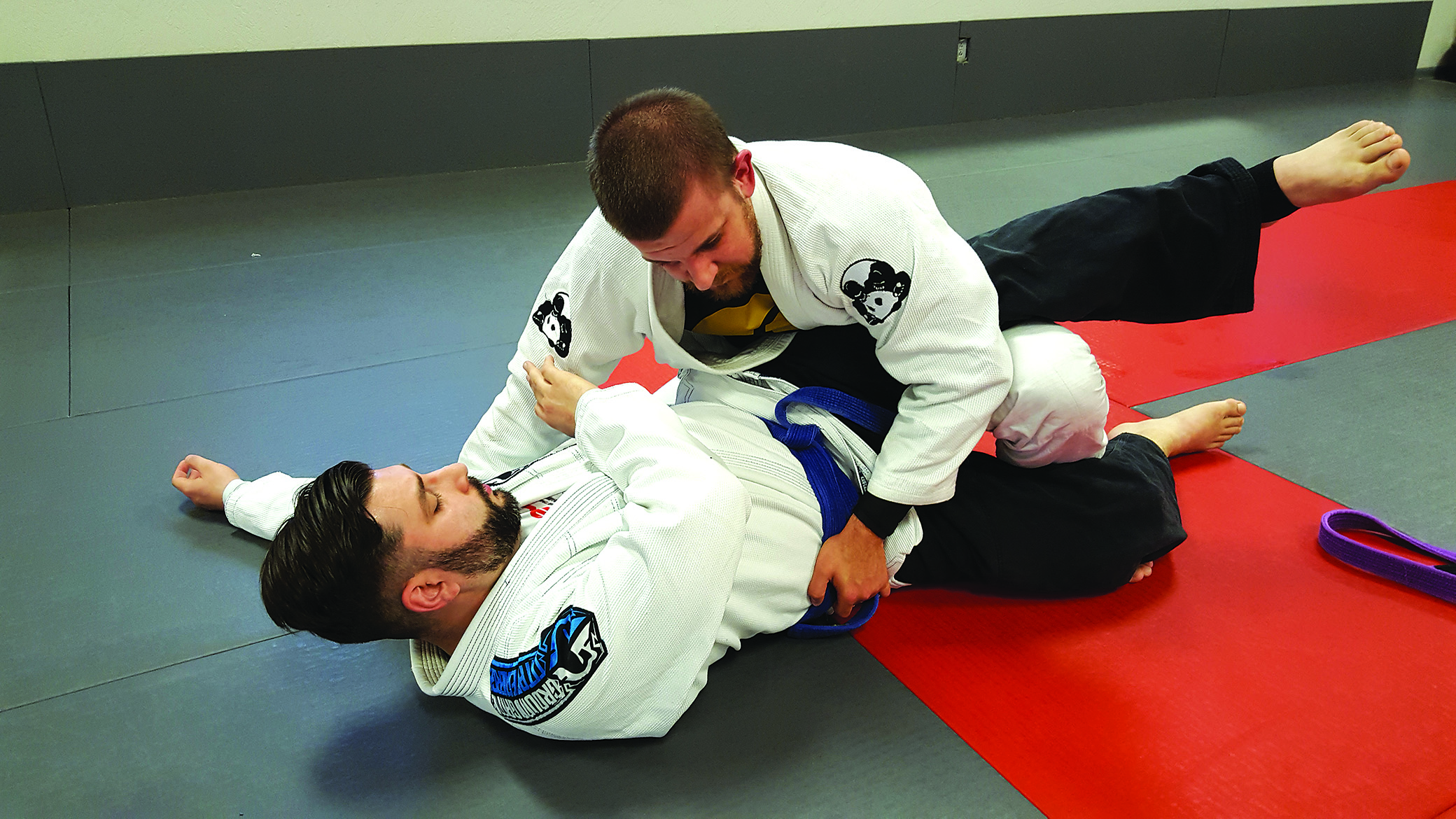 Evaluating Your Game
As powerful as leveraging the connection between guard sweeps and guard passing can be, it can result in some frustrating growing pains. What if your sweep game doesn’t line up with the passing game you’ve been drilling? Unfortunately, you might need to rethink your gameplan. In the short term, this could mean struggling with a new guard position or a new style of passing, but that’s okay. The long term payoff will be worth the initial growing pains. Once you have a grasp of how your sweep game ties to your passing game, you can take those concepts and apply it to the natural progression of positions. How well does your preferred passing style link up with your side control game? Is it awkward to transition to your next attack or can you quickly move to your next technique with minimal adjustment and grip switching?