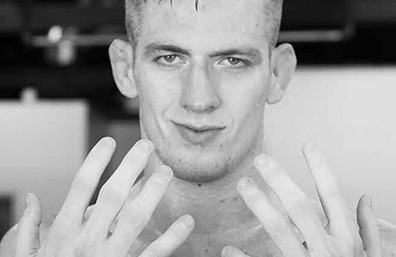 PART 1: A MEDICAL PERSPECTIVE
Please note that this is provided as general education and is not intended to treat or cure any condition. Anyone reading this should speak directly to their personal health care provider about their specific medical needs. A works cited page was made available to the Editors at JJM.

I REMEMBER READING A POST ON SOCIAL MEDIA LAST YEAR BY KEENAN CORNELIUS REGARDING HOW TOUGH JIU-JITSU HAS BEEN ON HIS HANDS. HE WROTE THAT HE HAD LOST ABOUT 20% OF THE MOBILITY IN HIS FINGERS AND COULD NOT MAKE A CLOSED FIST ANYMORE. I see this frequently in my patients with advanced osteoarthritis (OA), but patients with these findings are typically older adults. Keenan is only 22! The amount and intensity of his training and competing have contributed to the state of his hands, but what should a jiu-jitsu plebeian like me do to maintain joint health? Musculoskeletal injuries occur in all sports, and occasionally these injuries can become problematic in the long run.

Short-Term Injuries
While a bruised ego is the most common shortterm injury in jiu-jitsu, few parts of the body are completely immune from trauma. When I talk with practitioners who have been training for many years about joint health, there is usually mention of being more reckless in their early years and training smarter as they progressed. Locations of injuries in jiu-jitsu can vary, but there are some specific areas that are more commonly affected. Jiu-jitsu is poorly represented in medical literature, but there was a well done study in The Orthopaedic Journal of Sports Medicine in 2014, concerning injuries that occurred during jiu-jitsu competitions over a seven year period. In the 2511 matches (or 5022 exposures) reviewed, the elbow was the most common area of injury, and the armbar was the leading cause. The next most injured area was the knee, followed by the foot/ankle, hand, shoulder, hip, and neck. The authors concluded that there were 9.2 injuries per 1000 exposures in jiu-jitsu competitions. When compared to wrestling, MMA, judo, and taekwondo competition injuries, it was suggested that jiu-jitsu had a substantially lower risk than the others. Regardless of location, injuries both small and large happen, and it is often the lingering effects of those injuries that become troubling later in life. 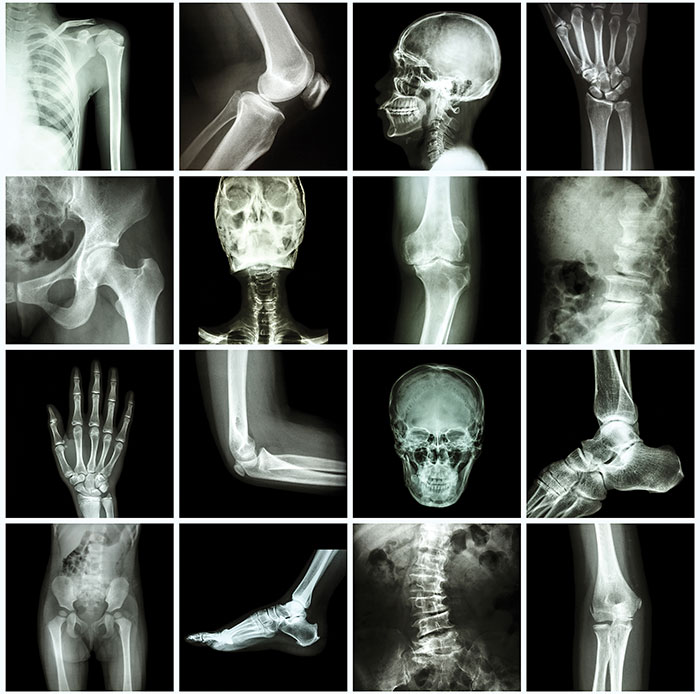 Years Later
Most injuries will heal and never bother you again, but it is possible that the prior site of a jiu-jitsu injury will develop into osteoarthritis as a long-term consequence. According to the American College of Rheumatology, OA is a joint disease that progresses slowly over one’s lifetime and is generally seen in middle-aged to older adults. The 2005 US Census listed OA as the leading cause of disability nationwide. Pain with use of an affected joint is the main symptom, and the most commonly affected joints in the general population are those of the hands, knees, spine, and hips. However, affected sites can vary based on risk factors and prior exposures. 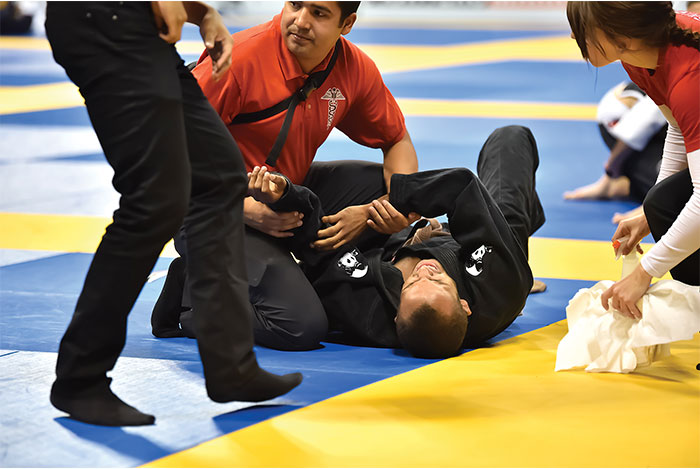 Risk Factors
OA was previously thought to be solely a disease of normal aging and considered a result of “wear and tear”. While that is partially true, it is now understood as a complex chronic disease caused by both short and long term mechanisms. As such, advancing age is one of the strongest non-modifiable risk factors. The prevalence of OA increases throughout life and is seen in most people 70 years of age or older. Additionally, and for unclear reasons, women are at higher risk of developing OA than men. You can’t do much about the former risk factors, but obesity has been identified as the strongest of the modifiable risk factors. Lastly, involvement in particular sports expose an individual to repetitive low-level microtrauma and major injuries that can eventually develop into OA. Although the earlier article specified joints most injured during competition, there is no data on which joints become arthritic most commonly in jiu-jitsu. The related sports of judo and wrestling do have some data suggesting OA of the neck, knee, elbow, hand, and ankle are the most commonly affected, and this may hold true for jiu-jitsu as well.

What’s Happening in the Joint?
The gist of osteoarthritis is that it is a decline in the amount of cartilage within a joint. How that happens is surprisingly complex, and several factors play a role in development. A healthy joint contains plenty of cartilage between the bones. This cartilage is smooth and acts as a lubricating surface to allow the bones to glide easily against one another. As a joint becomes arthritic, there is degradation of the cartilage due to an imbalance in the ability to both synthesize and breakdown its parts. This loss of cartilage begins at the joint surface and can eventually progress to full cartilage loss. At the same time, some inflammation is present in the degrading joint. Prolonged inflammation leads to the development of bone spurs, called osteophytes, and osteophytes can be seen as joint thickening. Although cartilage does not contain sensory nerves for pain, the bones do. With a full-thickness decline in cartilage, the bones rub against one another and cause the classic sensation of a painful joint. Additionally, without the smooth surface, there is a loss of normal range of motion. The result of OA on jiujitsu can be seen as reduced grip strength, pain with movements, and decreased flexibility. 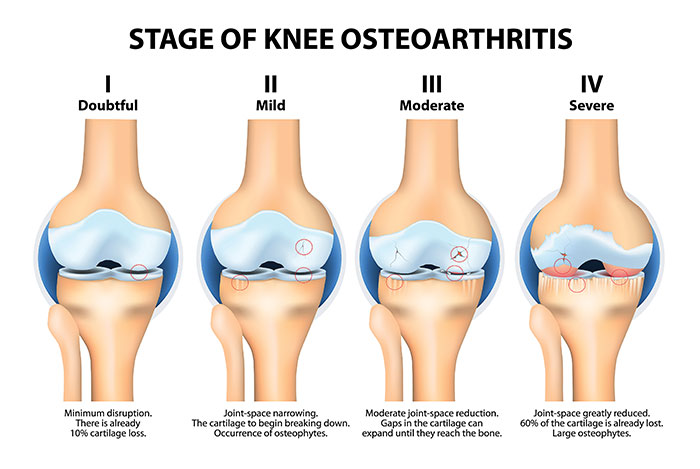 Prevention
Osteoarthritis develops over decades and is considered a chronic disease. Because of this slow development, everyone should take steps toward prevention years in advance. Although I mentioned earlier about the risk to joint health with jiu-jitsu, there are also aspects of jiu-jitsu that prevent progression to OA. How many people do you know in your gym – or have read about in Jiu-Jitsu Magazine – who lost a significant amount of weight from jiu-jitsu? The weight loss, maintenance of a normal body weight, muscle strengthening, and general wellness may all help counter the risks that lead to OA development in jiu-jitsu. In terms of injury prevention, general avoidance of injury by tapping early and understanding which body areas are in danger during rolling is vital. Proper warming up before rolling or class can further help to decrease the risk of joint injury. In terms of supplements to prevent OA, there is unfortunately not a lot of quality data supporting their use. An article in The American Journal of Sports Medicine in 2015 looked at 12 different supplements to prevent knee OA. As is often the case with alternative medicines, the authors found that several articles on nutritional supplements and prevention of OA were of poor quality and did not meet their inclusion criteria. Of the ones that met their criteria, only glucosamine and chondroitin had supportive data showing decreased joint space narrowing in at-risk individuals. That being said, the recommended use of glucosamine and chondroitin is controversial among physicians due to inconsistent clinical trial results. 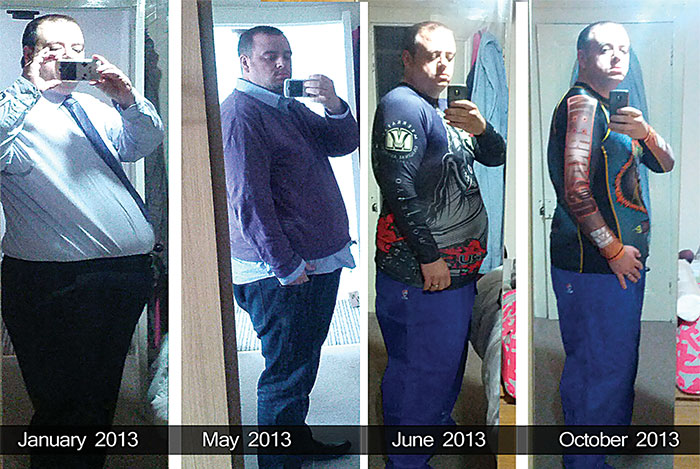 General Treatment Strategies
Unfortunately, once the cartilage has degraded, there is no way to restore it. Most treatment strategies focus on pain relief, swelling reduction, and an attempt to improve quality of life. If joints become painful over time in spite of prevention, the first step in treatment should be an evaluation by a healthcare provider. Many people wait until OA is severe to seek help, but it is beneficial to develop a strategy for treatment early on. The American College of Rheumatology has specific treatment guidelines depending on the joints affected, but lifestyle approaches can often be the first step if pain is not disabling. Weight reduction is paramount for those who are overweight, but continuing low-impact aerobic exercise and muscle strengthening is important regardless of weight. Physical or occupational therapy can also be of benefit. If medications are needed, many over-the-counter medications such as acetaminophen, ibuprofen, or naproxen are used first. If the response to these medications is insufficient, topical agents like capsaicin may be used. If those options have failed, stronger pain medications, steroid injections, and hyaluronate (a compound similar to joint fluid) injections can be attempted. Finally, if nothing helps and the pain is unbearable, a referral to an orthopedic surgeon should be considered. Most people with OA do not require joint replacement though. 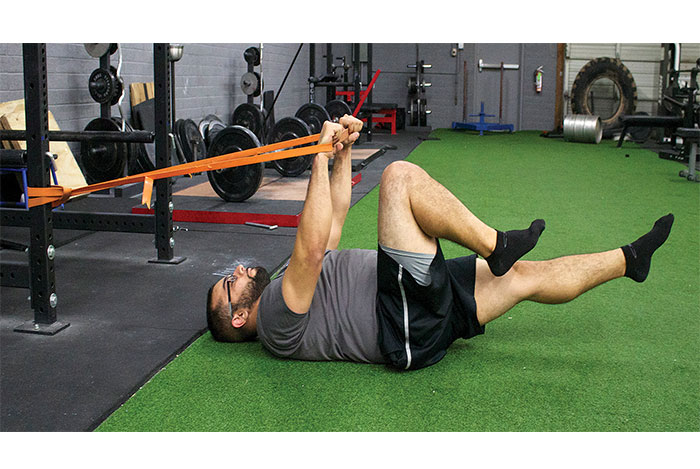 Wrap Up
The repetitive movements, tight grips, and exposure to injury can increase the possibility of OA development in jiu-jitsu practitioners. While this article can sound gloomy about jiu-jitsu and joint longevity, it is important to remember that not all jiu-jitsu players are exposed to the same risks. Professional jiu-jitsu athletes will likely have a higher chance of developing OA than recreational practitioners due to more exposure to risk factors over a lifetime. Regardless of the amount of training, being vigilant about injury avoidance will best serve us all for healthy joints, so there is no shame in tapping early. Additionally, the benefits to whole-body joint health may actually outweigh the potential harms to select joints associated with jiu-jitsu. In the end, I would rather take a chance on the possibility of OA with jiu-jitsu over the near certainty of OA associated with obesity and a sedentary lifestyle 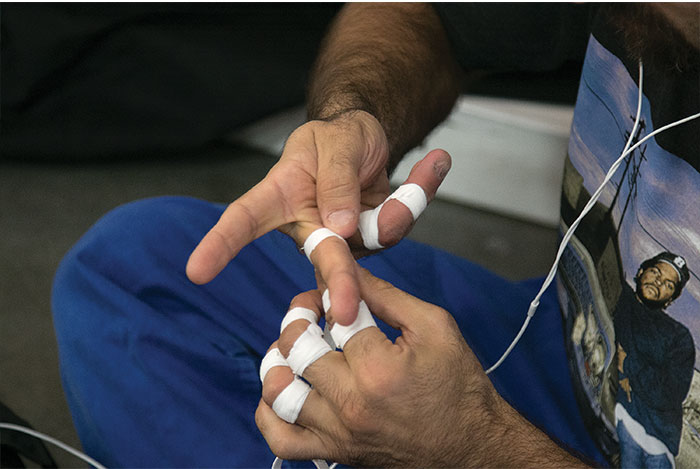