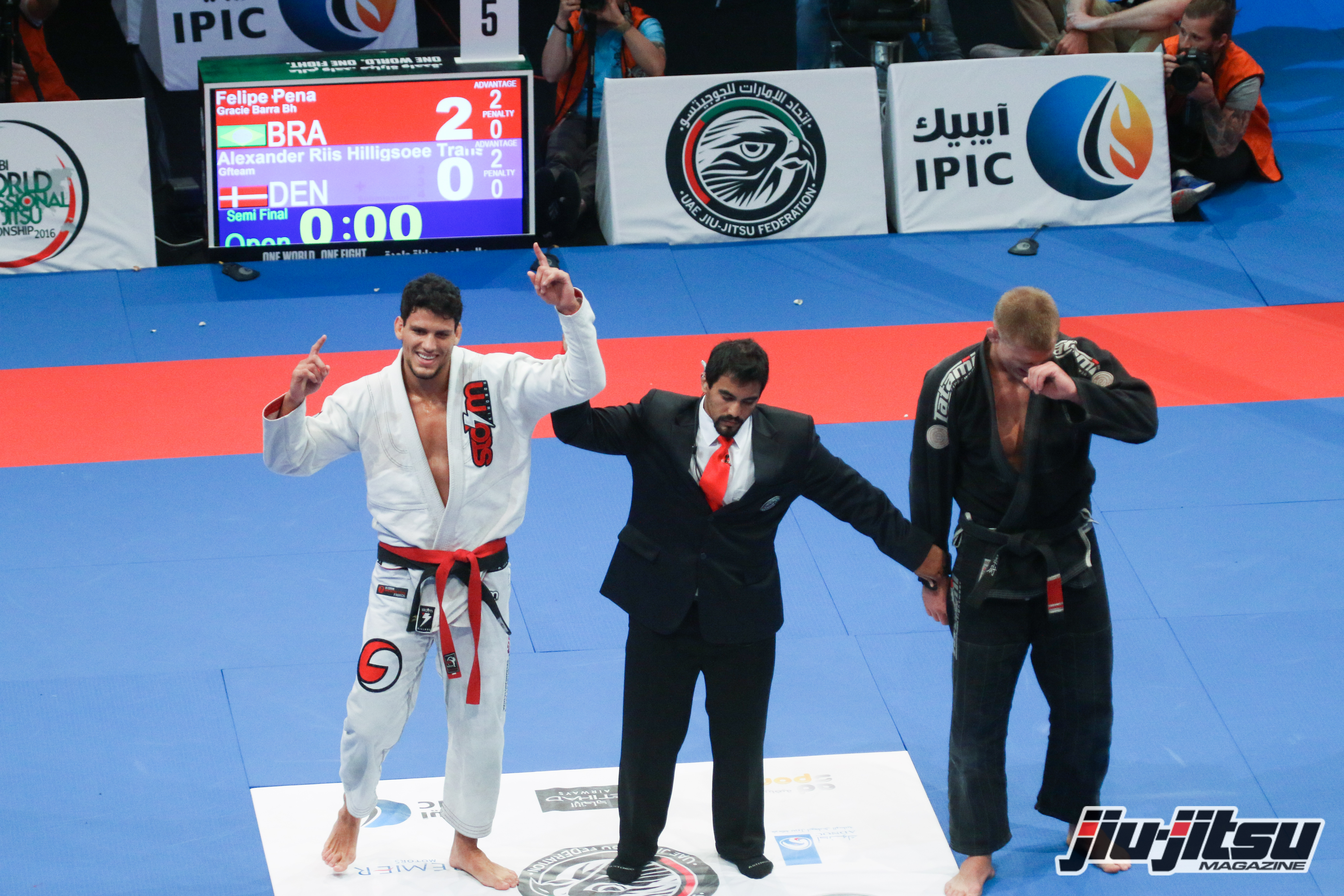 With upsets throughout the day two of the world’s top grapplers emerged to make up the Men’s Open Weight Final for Saturday in Abu Dhabi. Felipe Pena defeated Alexander Trans by points to move into the finals against Jose Junior. Jose didn’t have to fight a semi-final match due to the fact that Erberth Santos and Victor Honorio were both DQ’d in their quarter-final match. So that means that Felipe Pena and Jose Junior will be the Open Final match on Saturday.

The list of competitors that didn’t make the finals was pretty impressive, the day saw lots of upsets many notable competitors not making it past the quarter-finals. Guys like Claudio Calasans, Keenan Cornelius, Faisal Ketbi, Luiz Panza, Ricardo Evangelista, Jackson Souza, Andre Galvao and Leandro Lo just to name a few. Absent from competition was the reigning Open Weight Champ, Marcus “Buchecha” Almeida. No word yet from Buchecha on why he withdrew from competition or if he’ll be competing tomorrow in his weight division.

Tomorrow’s competition will see Weight Divisions in Purple and Black Mens, Brown/Black Womens, along with Masters 1 and 2 Males Brown and Black. 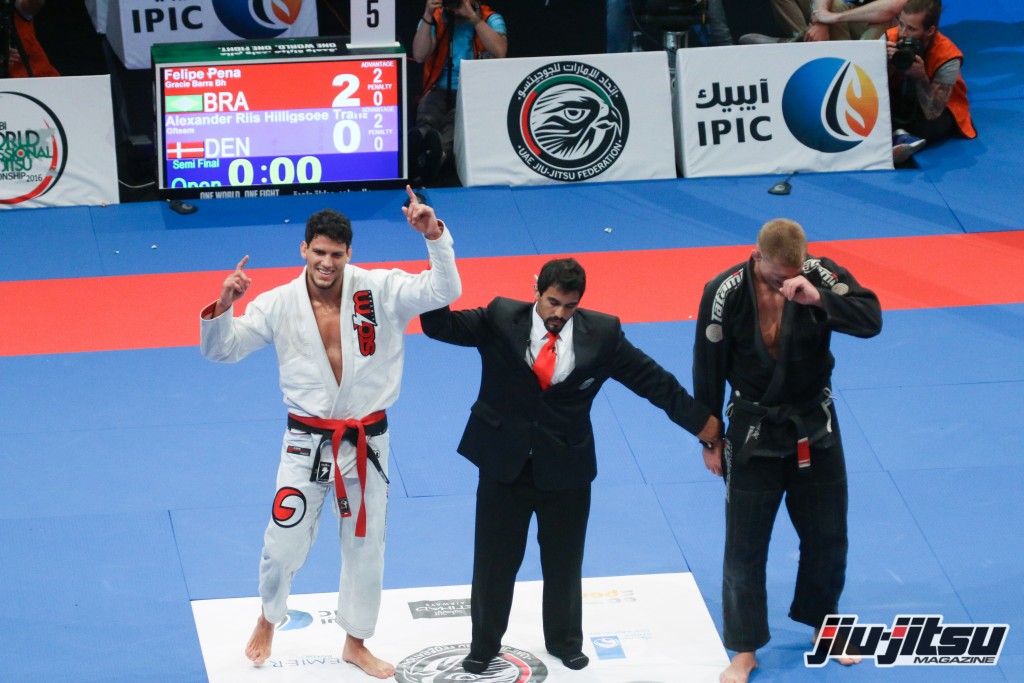 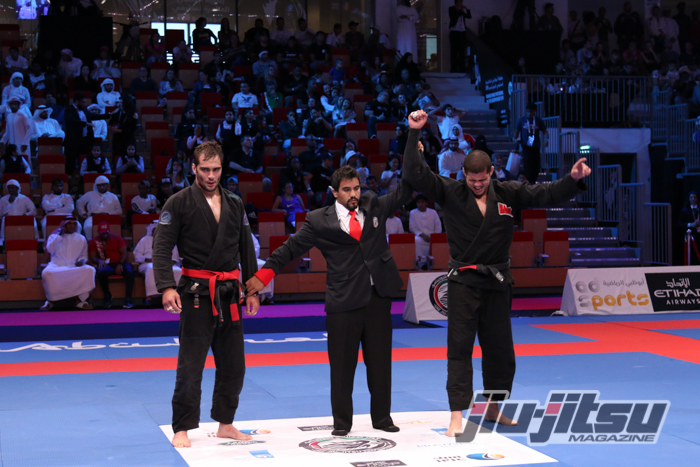 Jose Junior wins by advantage over Luiz Panza on his way to the Open Weight final.