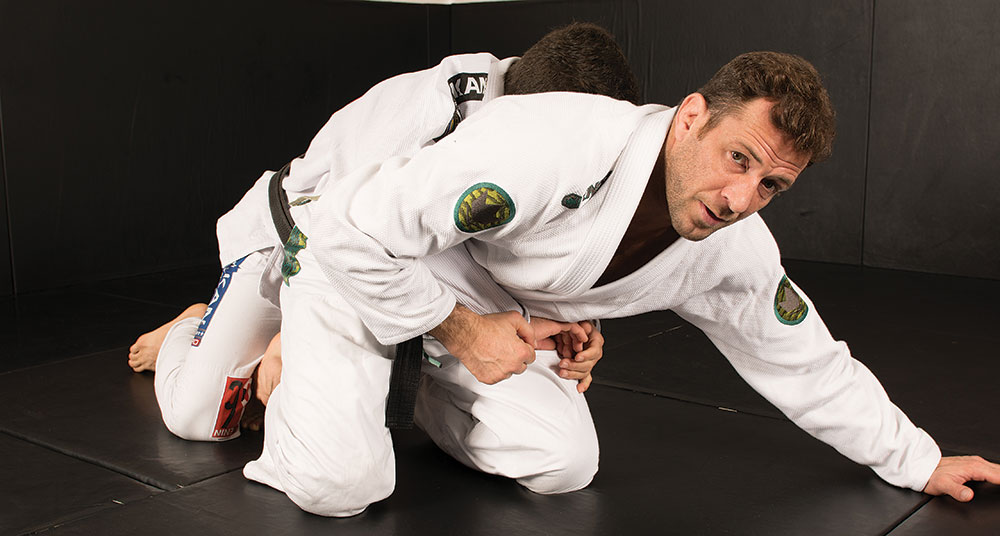 The Steamroller is an excellent option for when you’re turtled up and your opponent is attempting to lock up a seatbelt control or go for a choke. For this technique demonstration, Eduardo explains to us that although he does have some takedowns that he uses, he typically will start matches by pulling guard. In this technique, he starts from standing by pulling guard and moving into the turtle guard position.

1.From standing, Eduardo grabs onto his opponent by controlling their sleeves. That way, his opponent can’t shoot in and attack the legs. 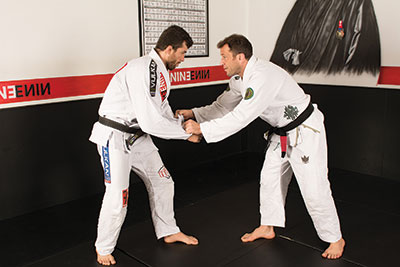 2.Once he has the grips, he simply sits backs and plays a sitting guard.

3.Unlike a traditional guard strategy where the person playing guard doesn’t want to be passed, Eduardo makes it easy for them by allowing his opponent to push his legs to the side. 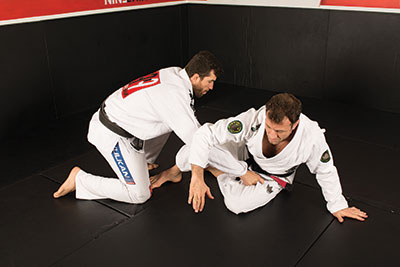 4.As his opponent is pushing, Eduardo rolls to his knees, and bases with his left hand to the mat. The typical response of his opponent will be to control the back, wrapping their arms around Eduardo. 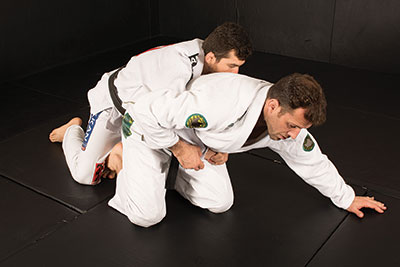 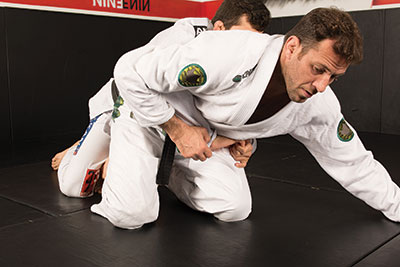 6.Unlike other turtle rolls we’ve seen before, where the person on the bottom will look to “throw” their opponent with the arm control, Eduardo does a “roll.” With control of the arm, he drops all of his weight down to the mat on his right side, leading with his shoulder. He brings his opponent’s arm with him. 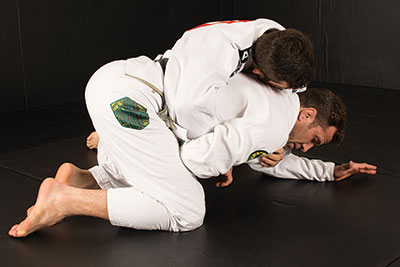 7.Once in this down position, Eduardo’s opponent is teetering on top of him. Now he will use his legs to lift his hips up and to his right. With his left hand, he grabs his opponent’s knee to help the roll. 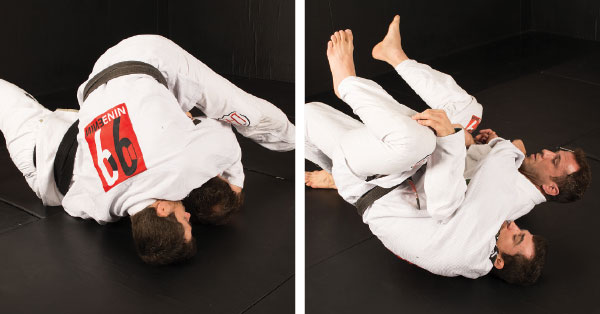 8.As his opponent rolls over, Eduardo moves his right grip from the arm to the pants to help stabilize side control.

Key Points
In step 5, Eduardo doesn’t have to trap the elbow, as long as he has control of the forearm close against his body, he’ll have enough leverage on his opponent.