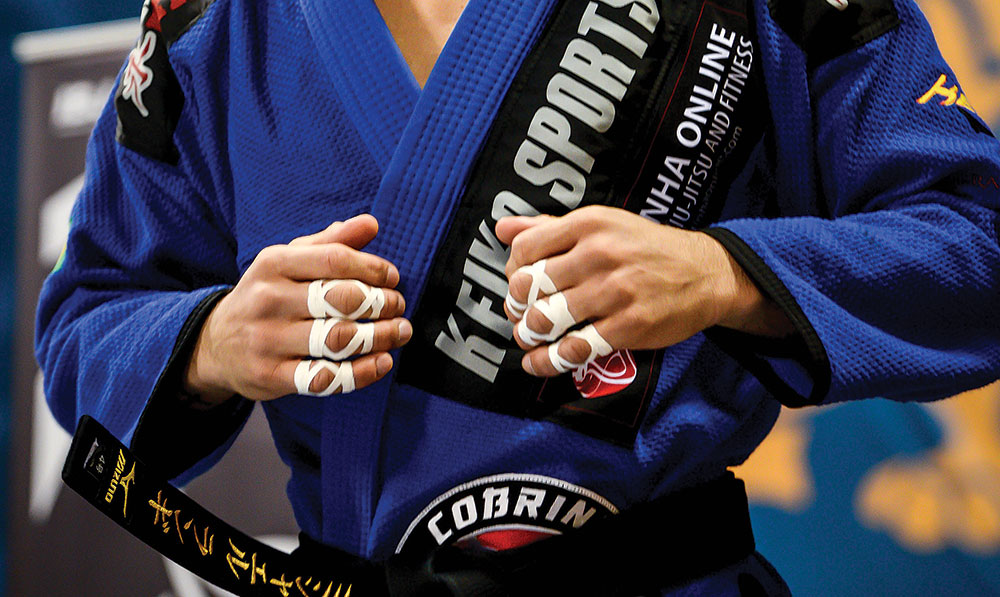 Keys to the Kimura Grip with Clark Gracie

The Kimura Grip looks pretty simple but there are a lot of little details that go into the effectiveness of this control. It’s a position of leverage. With the proper grip established, you have a tremendous amount of leverage over your opponent. The details go into where you grip, how you grip, where your arms are in relation to your opponent’s arm, and the position of your wrists.

An important key to this grip is where you grab onto your opponent’s arm. Clark likes to place his middle finger near his opponent’s wrist. This is a placement that allows for maximum leverage while not going too far towards the hand that it can be removed easily. If you grab too low on the arm, near the elbow, your opponent can extend his arm and reduce the effectiveness of the control. Also, Clark likes a five-finger-over-the-top grip versus using the thumb under.

Too high on the arm and they can stretch out to break the control. Middle finger near the bend of the wrist.

This same rule applies to where you grab your own arm. In this example, Clark is starting from side control and he’s using his left hand to control Brandon’s right wrist. Next, Clark threads his right arm underneath Brandon’s arm to grab his own wrist. Clark wants to grab his own arm at the wrist; if he’s too far up the forearm, he has less leverage. 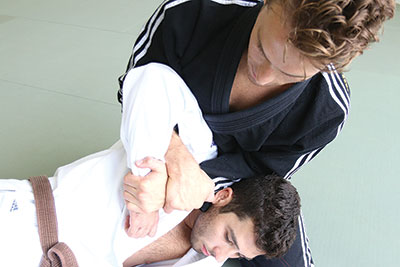 The Kimura Grip can be gotten in multiple positions. For the example shown here, you want to make sure that you keep your opponent’s triceps tight against your body. This will give you greater control throughout the movement and the finish. 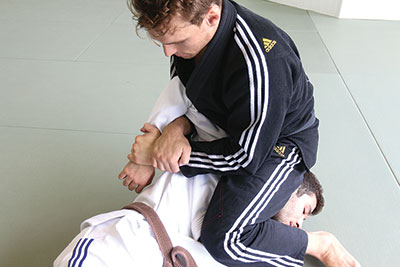 Lastly, like other grips, the position of your wrists is vital. As soon as you get a grip of their wrists and your wrist, it’s important to roll your wrists forward – think of the opposite of revving a motorcycle. This movement places tension immediately on their joints and gives you more strength in your control.

MRSA On and Off the Mat

Choke To Armbar From Kimura Grip with Clark Gracie