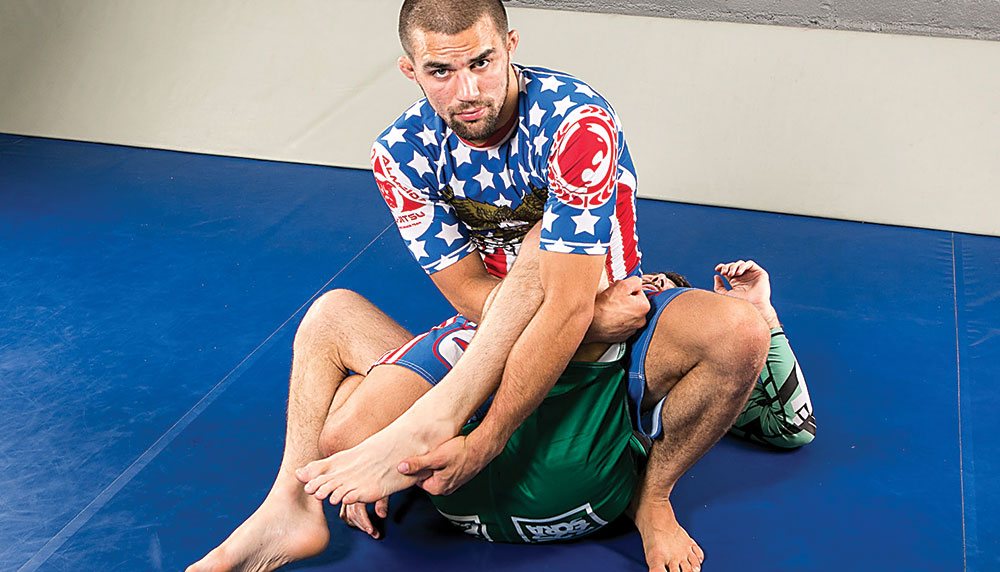 Toe Hold
(Submission Grappling, Brown, Black)
This is a foot lock that’s legal in the gi at the brown and black belt level, it’s also legal at most no-gi submission tournaments. Garry sitting on Eddie’s chest while controlling the target leg.

1. Instead of dropping to his side, Garry reaches with his left hand to hold the foot while pivoting to his left and bringing his right knee down to the mat. 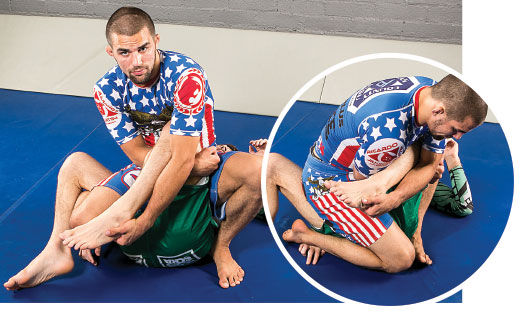 Note:
You’ll note that Garry is almost perpendicular to Eddie.

2. While controlling the foot with his left hand and arm, Garry pulls his right hand out from between Eddie’s legs and grabs the top of Eddie’s foot, just above the toes.

3. Garry brings his left arm under Eddie’s leg and grabs a hold of his own wrist for a Kimura grip. 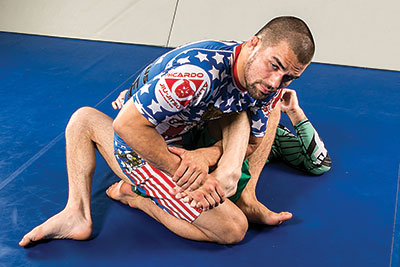