Toe holds and heel hooks can be a little confusing when you’re first exposed to them. Because many leg locks are only legal in brown and black belt competitions, they’re uncommon in many schools. However, in no-gi and submission grappling tournaments they’re more common than chokes. Garry’s going to break down each finish with us along with the hand placements he likes for each.

Toe Hold
As the name implies, the toe hold starts with a firm hold of the foot, at the toes. Garry likes a grip just above the toes, at the knuckles of the foot. Closer to the ankle means less leverage and less chance of success. Going too far and just holding the toes means you’ll probably lose the grip or get penalized for attacking the toes themselves.
What type of grip: There’s debate as to which type of grip to use, four fingers with the thumb, or the five finger monkey grip. Garry likes to use the thumb grip so he has a little more control over the foot. If the foot were further away from Garry’s chest he might go with the five finger grip. 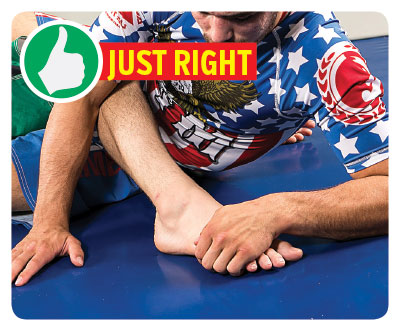 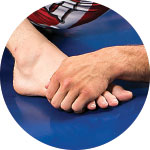 Placement of the arm: Garry favors being lower on the leg rather than higher up on the calf. Being higher up is too difficult to get a good grip of his own wrist. 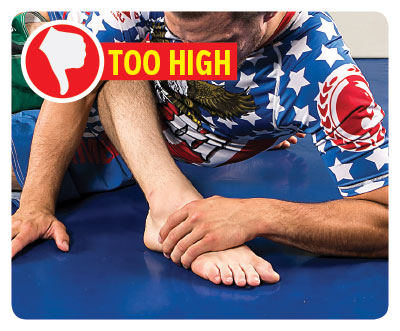 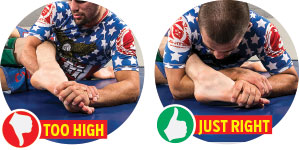 Twisting: Many people try to finish by simply pushing the foot down and then they forget the twist. Garry finishes by always trying to “twist” the foot, while also pushing down. 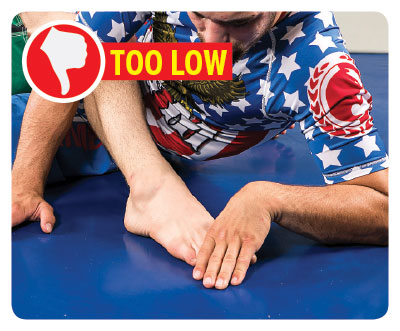