Before actually training, most people are exposed to martial arts in a variety of different ways. Movies and TV generally provide people their first introduction into the art of fighting. Other mediums, however, provide a look into how our society views martial arts. Video games, in particular, are fascinating to analyze because the game can tell us a lot about the period in which they were created, and our perception of martial arts during that time period.

As jiu-jitsu practitioners, we often believe our style reigns supreme in terms of effectiveness, popularity, and public awareness. This, however, is probably the result of being immersed in the world of jiu-jitsu. It is, however, important to realize that Brazilian jiu-jitsu is just a single martial art and a fairly new one at that. It is a small, critical piece, in a much larger martial arts puzzle.

Video games act as a time capsule into fight culture history. Game developers were clearly influenced by the events that transpired around them and the fighting trends of the time period they were created in.

Extracting History from Video Games
Take the classic video game Street Fighter II: The World Warrior, for example. It was released in arcades in 1991. Diving into the game’s story a bit deeper exposes our general perceptions of martial arts during the early 1990’s. People were aware of martial arts from all over the world, as represented by the different characters. Karate gained much popularity after films like “The Karate Kid” were released in the 1980’s. It was represented, in arguably, the franchise’s most popular characters, Ken and Ryu. Ryu was Japanese, and Ken was from the United States, showing how popular the martial art had become in the States. The game also featured other interesting martial arts through its characters: Zangief, a brutish wrestler from the USSR (Cold War was just coming to an end), Dhalsim, a yoga master from India, and Sagat, a Muay Thai kickboxer from Thailand. The game even featured a boxer from America who had a surprising resemblance to Mike Tyson, who was a very dominant boxer at the time.
As you can see, the game lacks any representation of jiu-jitsu. Though a pro-wrestler and sumo wrestler (E.Honda) could be argued to represent grappling, they’re far from signifying anything close to jiu-jitsu. With UFC 1 a couple years away, it would be a while before the world would become exposed to jiu-jitsu or any form of the submission grappling we know today.

Street Fighter III had a couple variations, but was originally released in 1997. By this time, the world had already been exposed to Royce Gracie and Brazilian jiu-jitsu. This change in fight culture is represented in the game as it featured a lead character named Alex who fought with grappling techniques. It also featured a Brazilian-Japanese character that had similar techniques to the popular Ken/Ryu, but incorporating takedowns, and some ground and pound.

In the most recent incarnation of the game, we see a mixed martial arts fighter who even sports a sambo gi top. It’s clear that even in the world of video games, to remain true to the period, the games had to adapt to the trends of modern fight culture.

Mortal Kombat released in 1992 featured much of the same stand up fighting with a bit more unrealistic (though entertaining) fighting. Though a similar fighting game to Street Fighter, it’s hard to compare the two, as they both are unique and classic in their own way. 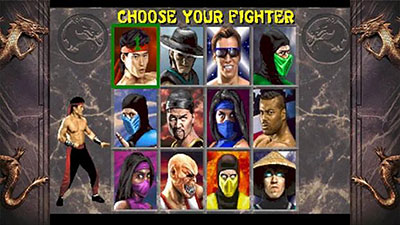 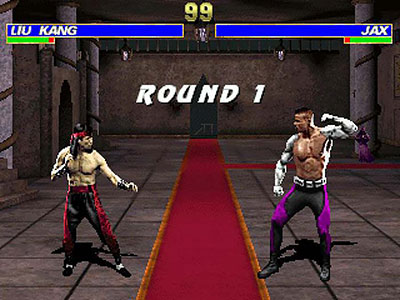 Fun Fact
A lot of the characters and fighting stages seen in the Mortal Kombat series (and one limb stretching yoga master in Street Figher) were inspired by 1976’s martial arts movie; Master of the Flying Guillotine. If you’re a fan of these fighting games we’d highly recommend checking out this flick.