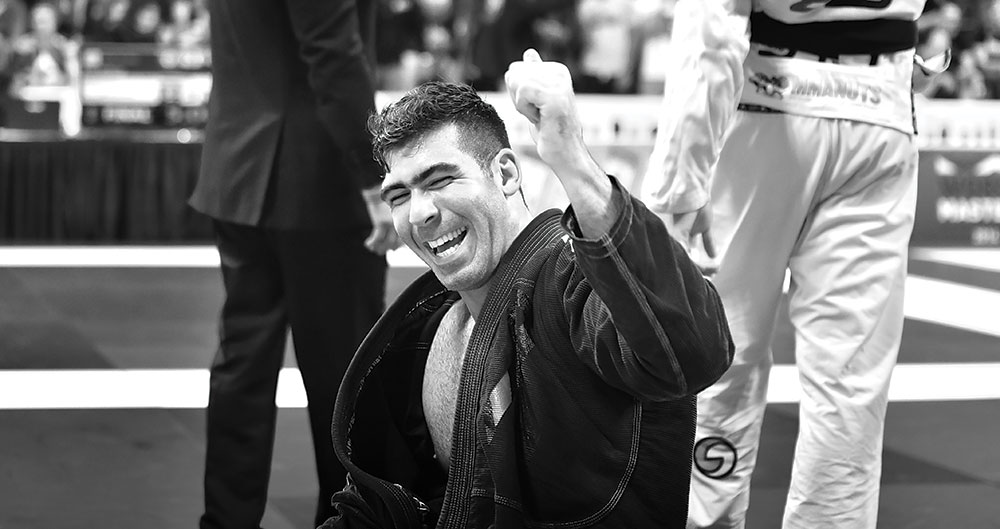 Breaking your opponent’s posture is extremely important when setting up attacks from the closed guard. It’s one of the things you’ll hear your professor telling you to do at an early stage. Controlling his posture will prevent him from easily opening your closed guard, and eventually passing. It also puts you in control of the fight. Jiu-jitsu practitioners will learn many ways to do this, however, Abraham Marte shows us his own personal set up.

1. Sometimes it is difficult to break the posture when you have someone in your closed guard. Abraham is a strong guy, but still uses two hands on one lapel to pull his opponent down, while using his knees to bring him in even tighter. This method is incredibly effective because even if your opponent breaks one grip, the other is still in place allowing you to re-grip with either free hand. Abraham brings his opponent to the opposite side of his grips.

2. He then secures a deep collar grip with the near hand while keeping his elbow close to his opponent’s chest. 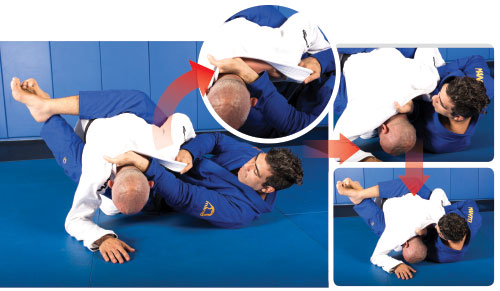