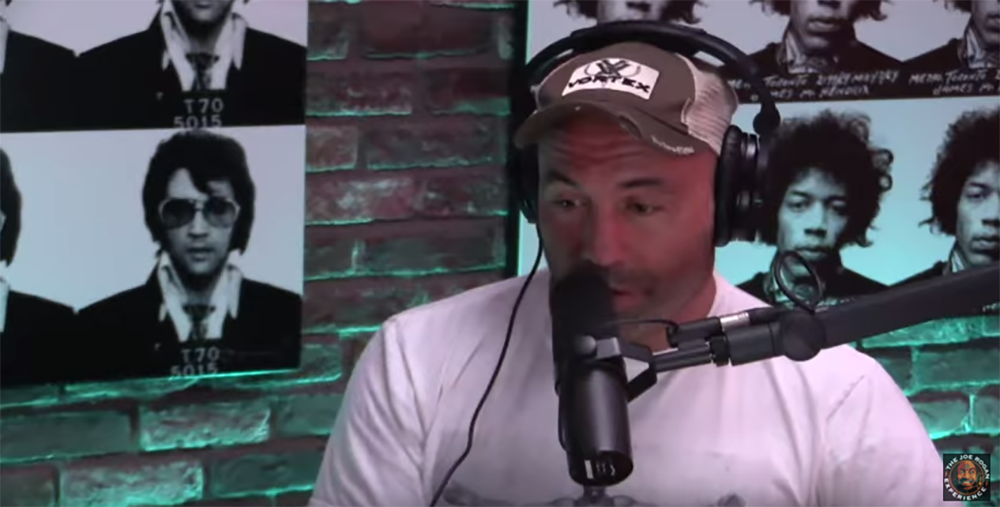 Improving your Jiu-jitsu with Joe Rogan

I’m a big fan of the Joe Rogan Experience. Listening to Rogan’s podcast was probably the single biggest reason for my entrance into jiu-jitsu. I know other people who started training for similar reasons. Rogan is no stranger to the martial arts. Not only is he a commentator for the UFC, he holds multiple black belts, two of which are actually in jiu-jitsu (gi and nogi). During episode #688 of the Joe Rogan Experience Podcast he expressed his opinions on how to get better at jiu-jitsu. If you haven’t listened to it yet, it can be found via the link below (1:36:56).

Rogan examines a school of thought within jiu-jitsu, the idea that in order to get better at jiu-jitsu one must train and fight with opponents better than they are. Rogan disagrees with this school of thought and says the best way to get better at jiu-jitsu is to “strangle blue belts.” He believes that through training with opponents less skilled than you are, you will be able to practice the technique better and thus improve. He believes its good to roll with higher belts because it allows you to perceive what is yet to come and know there is a higher level out there.

Unless a higher belt is holding back, I’ll generally on the defensive when rolling with a higher belt. Though this has improved my defensive skills, I can see Rogan’s point. I often try a new technique I’ve learned against a white belt first. If I can use the technique successfully I move onto a blue belt, and so on.

What are your thoughts? Do you prefer rolling with higher belts or lower belts?