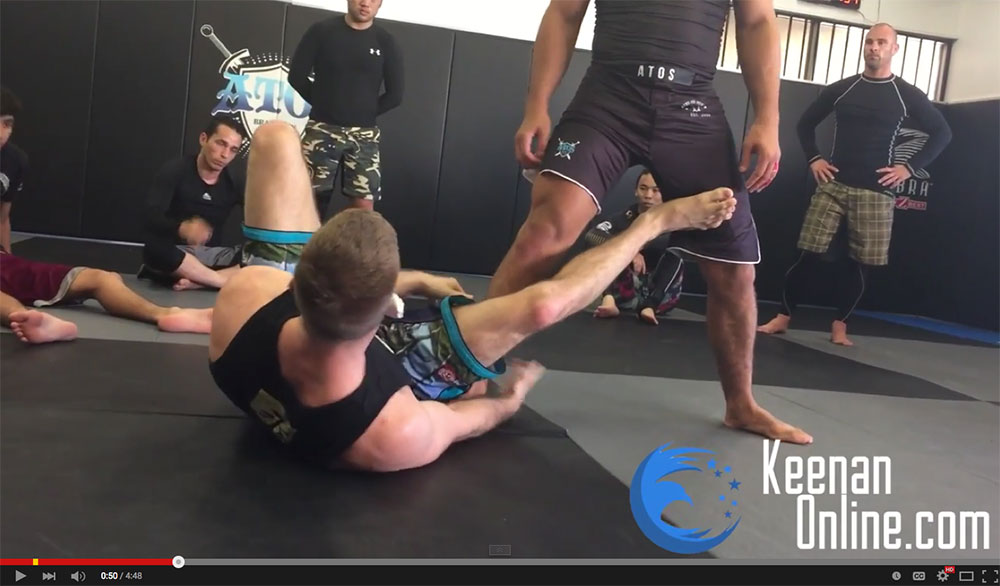 The Mantis Guard by Keenan Cornelius

It seems like yesterday we saw the worm guard, a guard so synonymous with the increasingly popular Keenan Cornelius. This past week he released a video for a new guard he’s been working on that he has dubbed, the Mantis Guard. I’m starting to think Keenan has a thing for insects.

The guard appears to use similar leverage and tactics to the reverse DLR guard but modified. I’m sure you’ll see more of this guard in the upcoming no gi competitions Cornelius will be participating in. If there is anything I learned from the worm guard, I’ll see people trying it at the academy or at competitions. Maybe they’ll never implement it in their game, but only to identify it and possibly find counters.

Will you be trying the mantis guard?