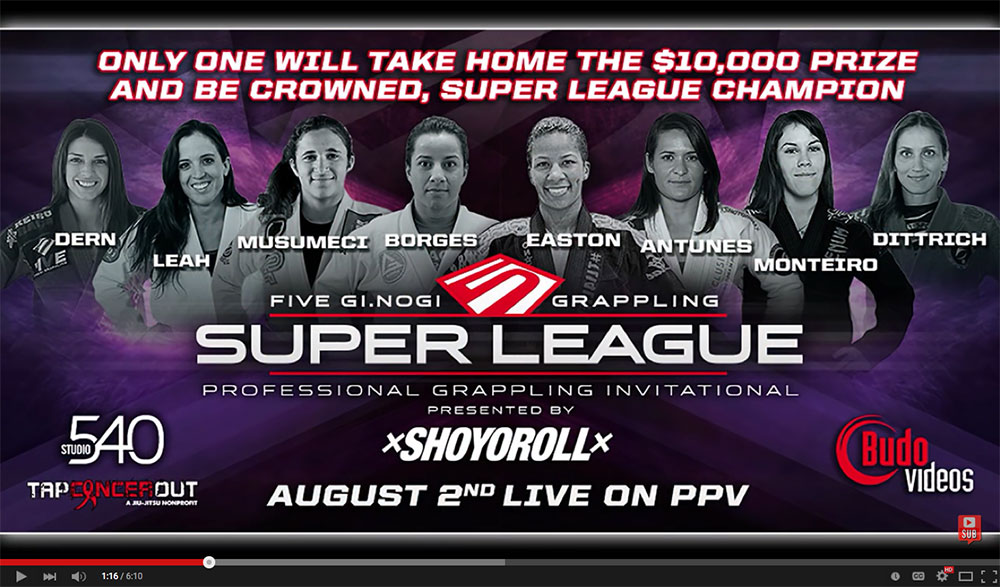 Here is the drawing for the first round matches of the FIVE GRAPPLING Super League that will be held on August 2nd, 2015 at Studio 540.

The event will feature an 8-woman tournament and an 8-man tournament including two super fights. This will be FIVE GRAPPLING first Pay-Per-View event. Check out this cool video in preparation for the Keenan Cornelius vs. Otavio Sousa super fight.

1st Round Match ups are as follows

The Mantis Guard by Keenan Cornelius