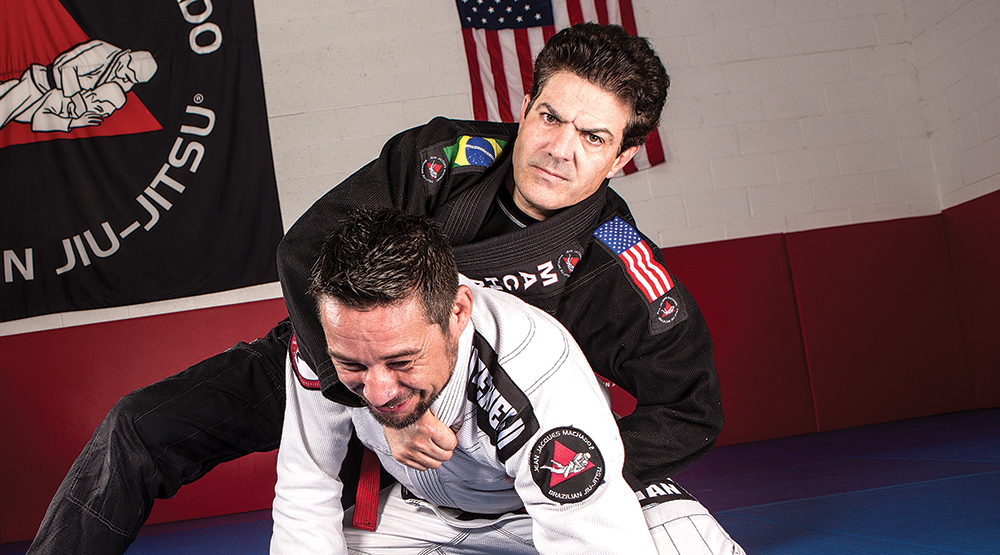 While the title of this article sounds like a sophomoric attempt at some off-color humor (it pretty much is), the subject is fairly serious business. There’s nothing worse than being in a tournament match, working like hell to pass somebody’s guard, only to have him or her roll to their knees at the last minute to avoid you getting the points. You’d better have a way to make them pay for that tactic of gaming the system. One man who should strike fear into anyone looking to “turtle up” is Jean-Jacques Machado: the most decorated warrior of the Machado clan. Jean-Jacques was kind enough to allow us a look at just a few of the various ways he attacks opponents who choose to turtle up. Each choke is more fierce and effective than the last. Joining us on this shoot is Matt Baker, one of Jean-Jacques’ black belts and a seasoned competitor.

Peruvian Collar Choke
This is a fun (for you) and effective choke that happens from the same relative position as the first rolling collar choke Jean-Jacques showed us. Remember, keep your knees behind your hips. The first thing to do is to open the collar on the side that you have your arm under his. In this case, using your left hand to open his right side collar.

1. Open the collar with your left hand and feed it to your right hand, four-fingers inside the collar. 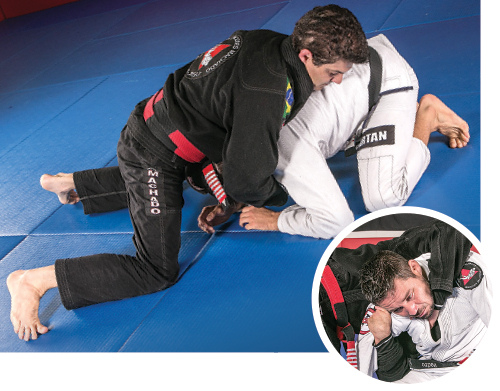 2. Quickly, bring your left hand to hook his right bicep and move slightly to your left, the same side that you have the arm under his arm. 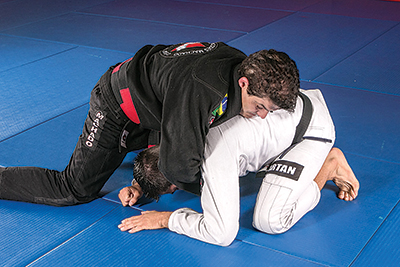 3. Now, quickly step your right leg over his head. 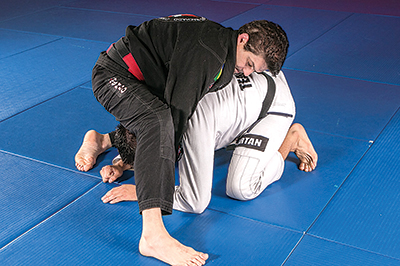 Hand Control to Pass With Josh Barnett: Hand Off Pass