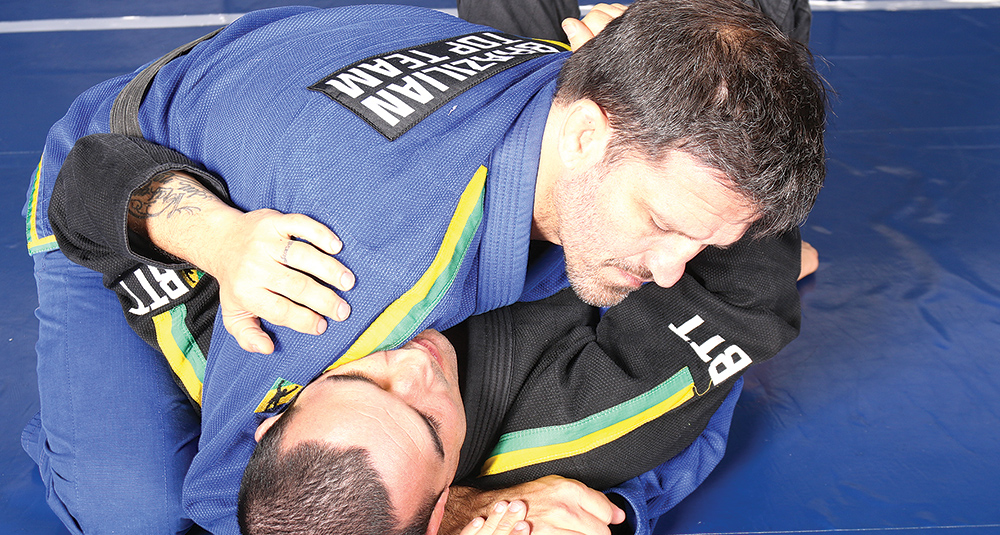 When offered the opportunity to participate in a seminar with a former UFC Champion, jiu-jitsu World Champion and certifiable legend in the jiu-jitsu community, we jumped at the chance. Little did we know that we’d need our mouth guards, ice packs and ibuprofen, courtesy of the leader of Brazilian Top Team. Luckily Juliana Prado stepped in for what you see demonstrated and had just the funnest time as you can see.

The large majority of the time when we’re able to establish side control, either from passing guard or off of a scramble, more often than not our opponent blocks any mount attempt by placing their leg up, their knee against our ribcage and the sole of their foot on their opposite knee. Transitioning to mount or knee on belly can be frustrating to say the least, but Murilo doesn’t let this get to him at all. Juliano (Prado) does this in typical fashion, but it’s no big deal because whether he likes it or not, Murilo is going to mount. From side control, Murilo underhooks Juliano’s head and far arm, drives his shoulder into Juliano’s head, forcing it to turn. While doing so, Murilo brings his knee close to and just past the top of Juliano’s head, connecting his elbow to his knee and trapping the arm. Murilo then windshield wipes his right calf/shin inward, placing it against Juliano’s body and sits on his own heel. He slightly adjusts his weight to the right side, forcing his shoulder harder into Juliano’s head and brings his left knee across Juliano’s stomach, but doesn’t bring his left foot past the hip. By doing so, Murilo won’t get caught in half guard. Instead, he places the top of his left foot against the side of Juliano’s blocking leg like a hook. From here, Murilo drives his left knee forward and down, with the top of his left foot forcing Juliano’s leg down and his back to torque. Once Juliano’s legs can no longer move to the side, Murilo drops his foot to the mat and brings his feet behind Juliano’s butt.

1. Start with your partner from this position. 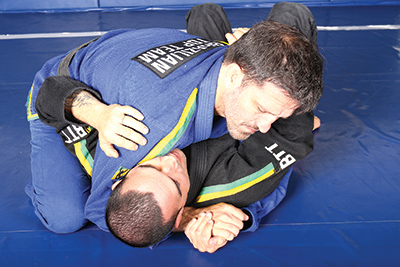 2. Windshield wipe your leg underneath you. 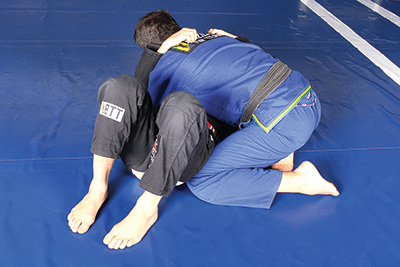 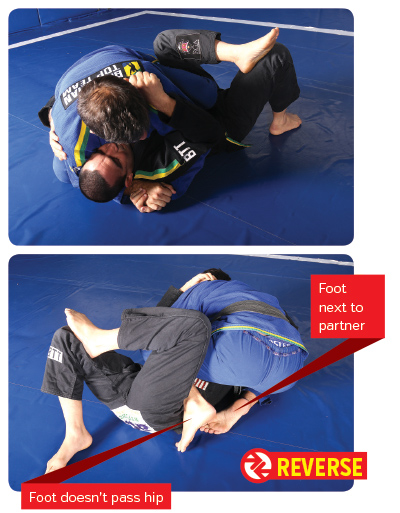