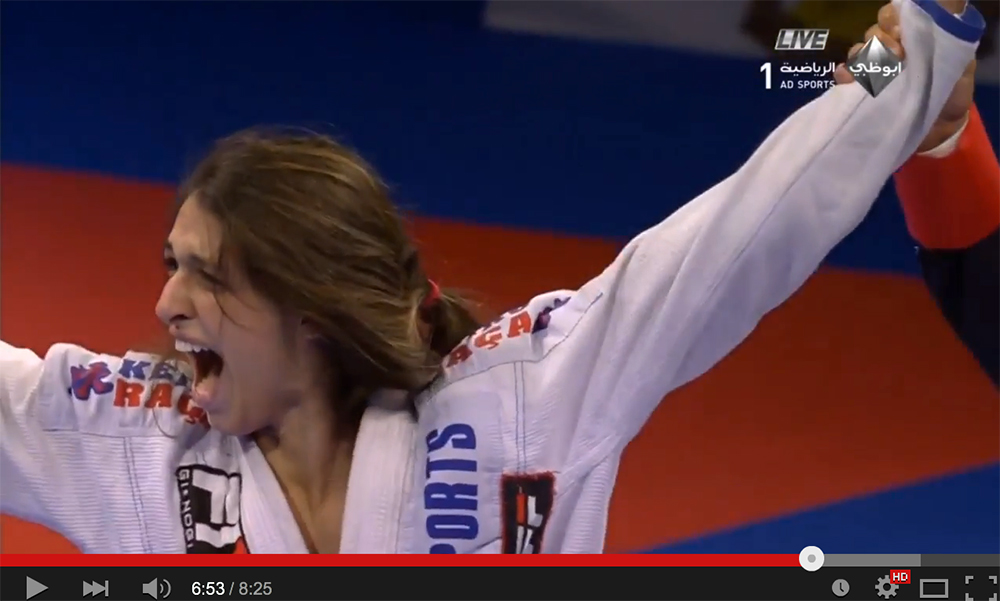 Mackenzie Dern has managed to do what no woman since Luciana Dias choked her out in 2008 – defeat Gabi Garcia as a black belt in an Open Semi-Final match. Gabi’s seven year run as not being defeated in black belt competition was broken today. The win came via a penalty assessed to Gabi within the first few seconds of the match. No other points or advantages were awarded despite being an active match. We’re unsure exactly what the penalty was for, we can assume maybe an illegal grip. As soon as we find out we’ll let you know. The two recently matched up in the Absolute Final at the 2014 Pans with Gabi getting the win.

UPDATE: Earlier we stated that no woman had defeated Gabi at black belt, we stand corrected. Luciana Dias did it in 2007 and 2008.

UPDATE (4/27): Gabi Garcia was given the penalty at the start of the match for talking to the ref, saying that she should get points for the take down.

You can watch the entire match here.