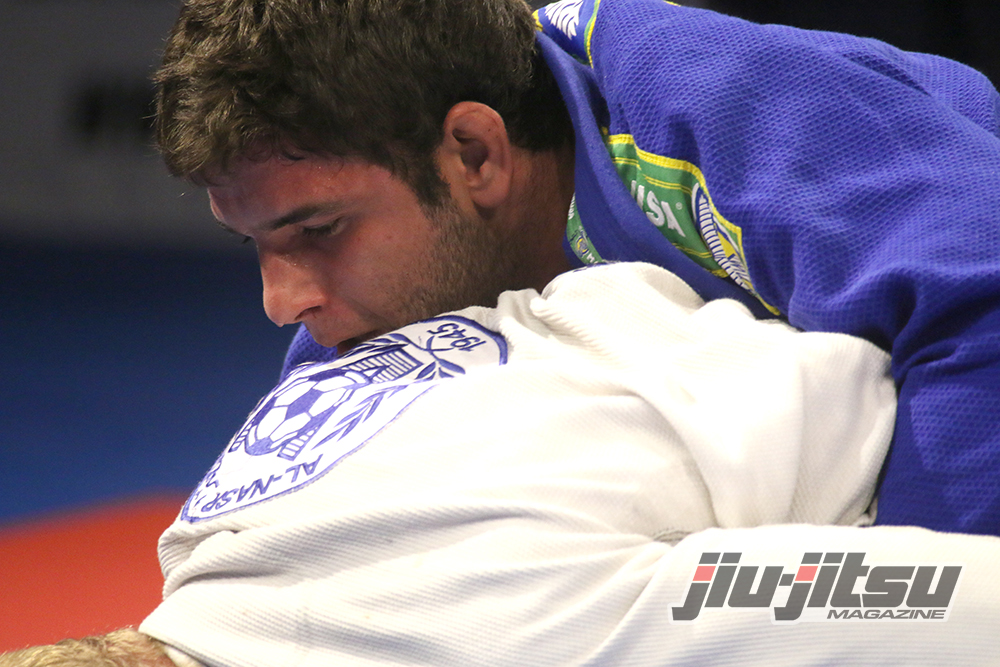 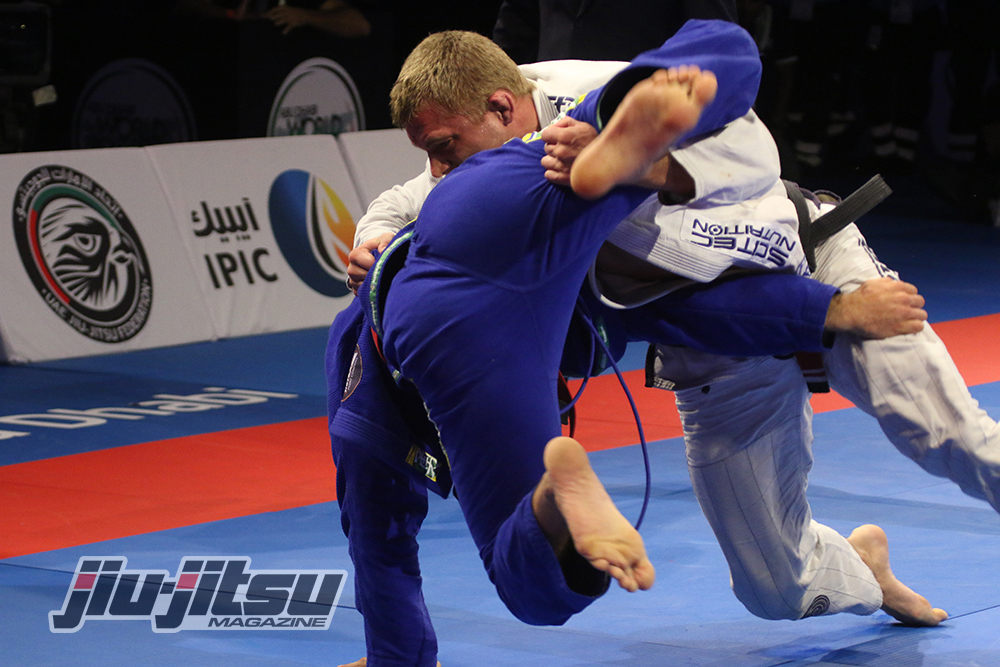 Once again Marcus “Buchecha” Almeida (Checkmat BJJ) wins his weight class (95+) and the open division. Winning both by defeating Alexander Trans (UAEJJ Team). In the weight division Buchecha won by submission, in the Open contest it was much closer, with the two changing positions often, Almeida received two advantages for almost passing Trans’ guard. Buchecha will make the trip home to Southern California $30,000 richer. The weekend was also a debut for Hayabusa® ‘s new Goorudo™ Gold Weave gi, which he wore the entire event. 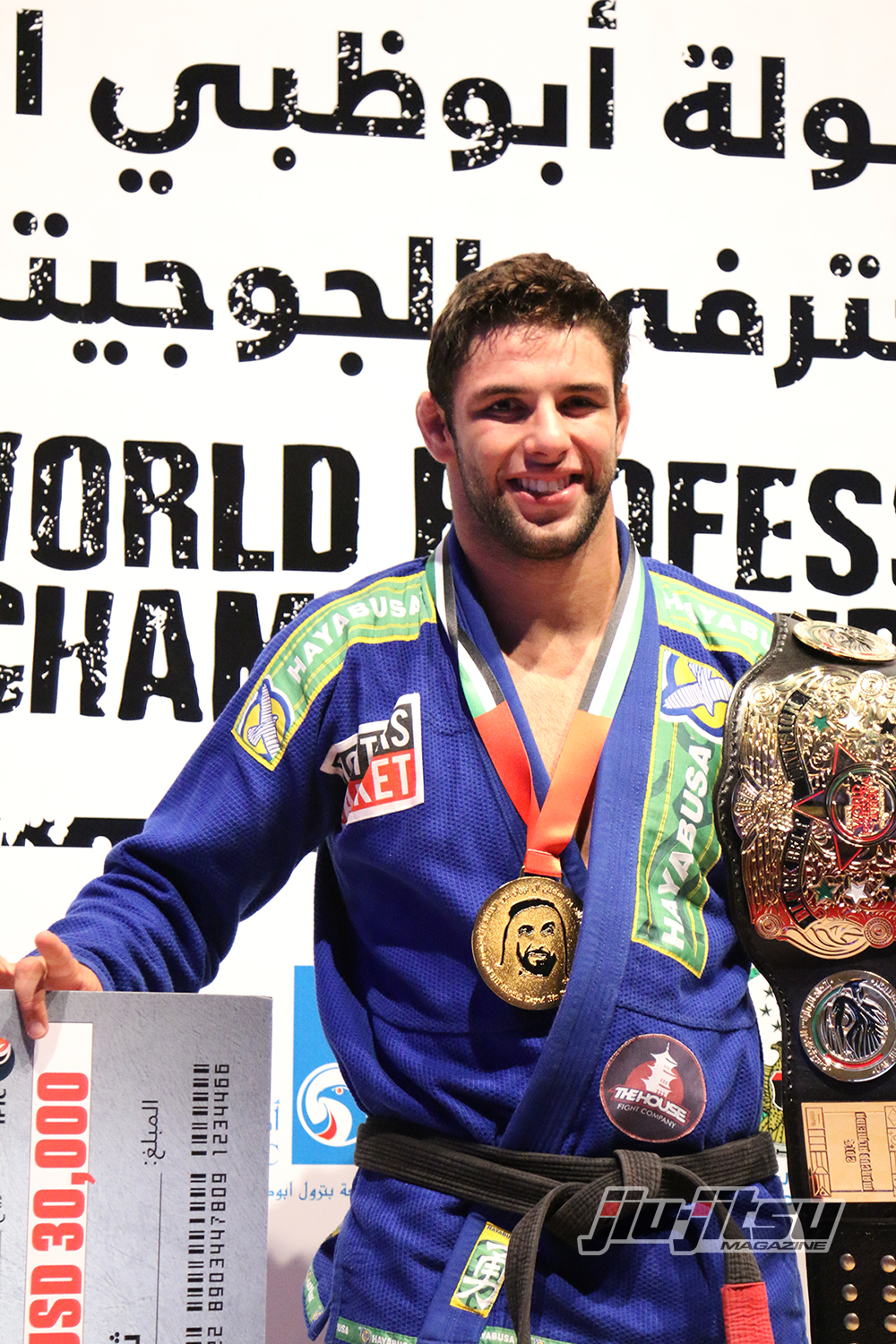