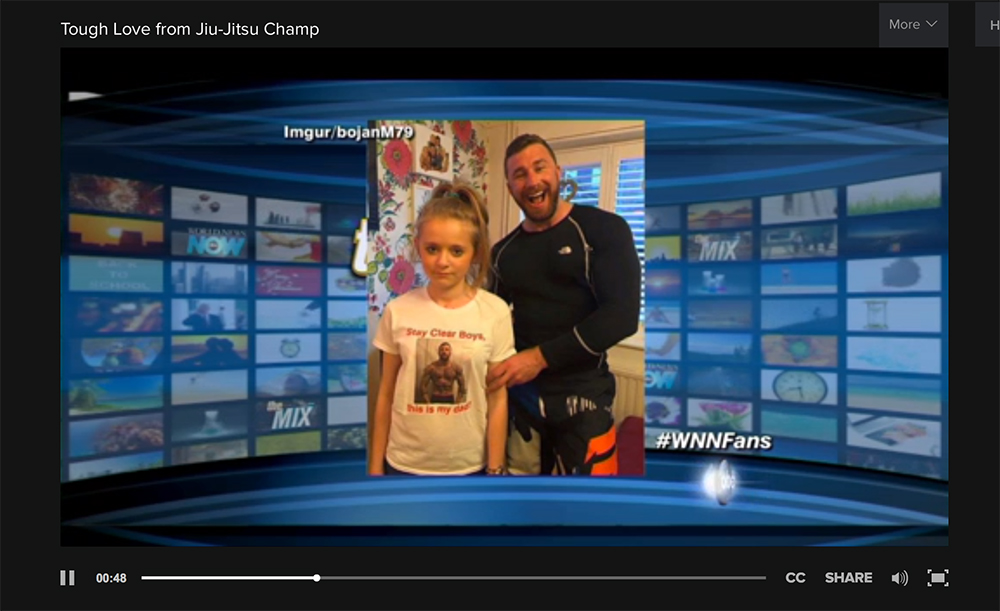 We’re not quite sure how he did it, or whether or not Classy Grappler was involved but the Jiu-Jitsu “Champion” and “Actor” managed to get his name and some of his credentials associated with a photo that’s been passing through the interwebs lately. It appears that ABC News here in the States did about as much fact checking for this story that aired as we’re doing right now by sharing it. Listen to the anchor’s description of the father in the photograph. By the looks of it that is not Kit Dale, however it could be Kit’s child. We don’t have a full list of the countries Kit has visited within the last 13 years or so.

Update: It looks like an Australian news website first ran the story, which has since been removed, but not until the folks at ABC NEWS ran with it.