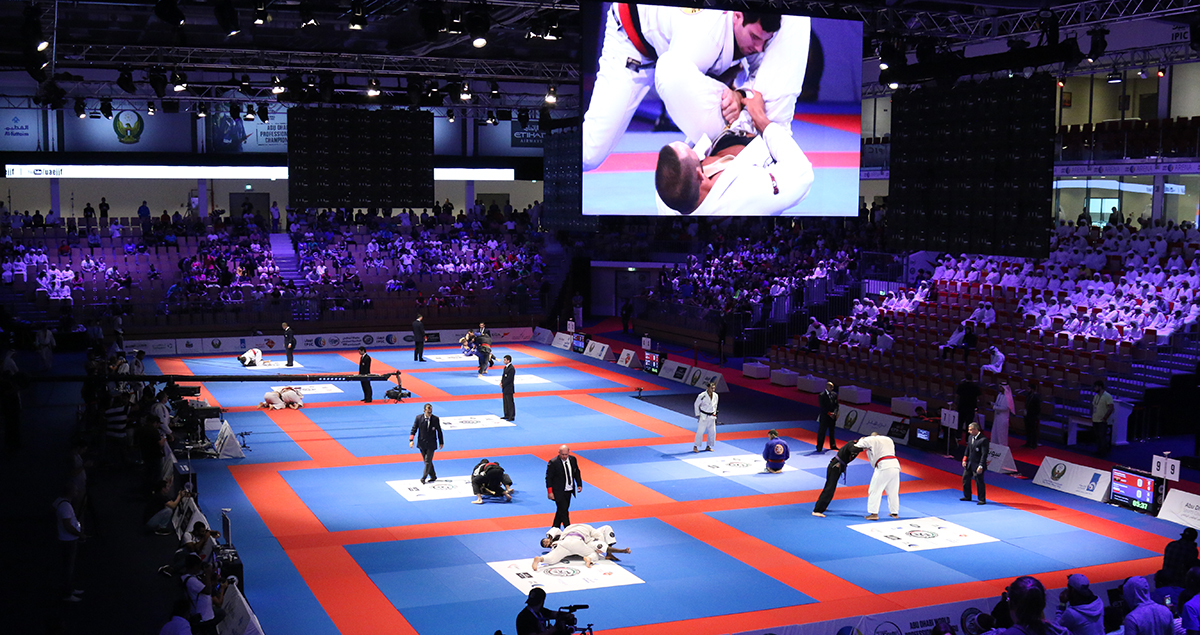 Today the adults got their turn on the mat with competitors from six continents and dozens of countries battling it out for a chance to take home a big check, a shiny medal and the pride of being recognized as one of the best at their belt level.

Here’s a recap of the Adult Black Belt divisions that were contested today. Stay tuned for the Open Weight classes doing battle on Saturday.

The World Pro Championship pits wonen’s brown and black belts against each other. The combined podiums were full of many familiar faces with some matchups we’ve seen a couple times before in finals matches.

55KG – Mackenzie Dern won by points against Michelle Nicolini, the match started off with a very fast pace and remained active until the end. 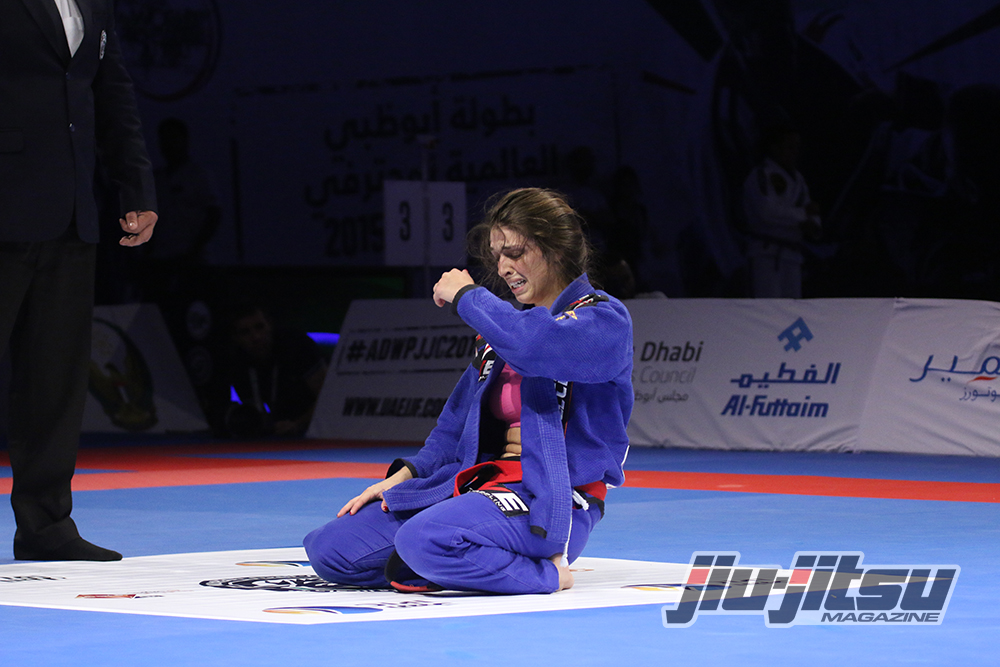 65KG – With just a minute left in the match Beatriz “Bia” Mesquita submitted Jessica Santos in the gold medal match. 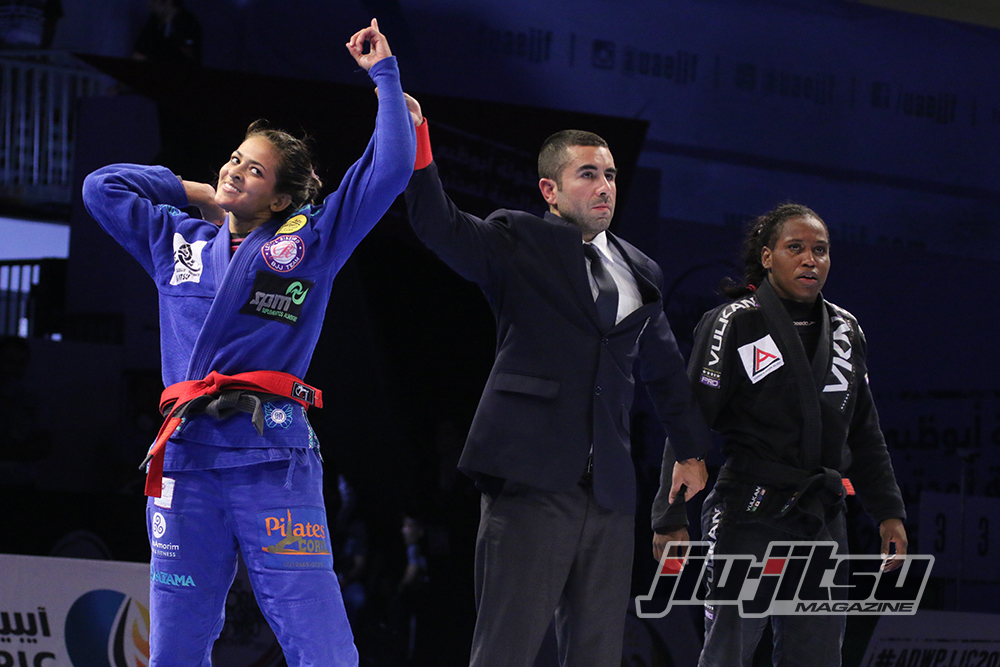 75KG – Ana Laura Cordeiro was handed her first defeat in competition, and it came via referee’s decision. Monique Elias played a lapel guard along with 50/50 despite an active Ana Laura on top. 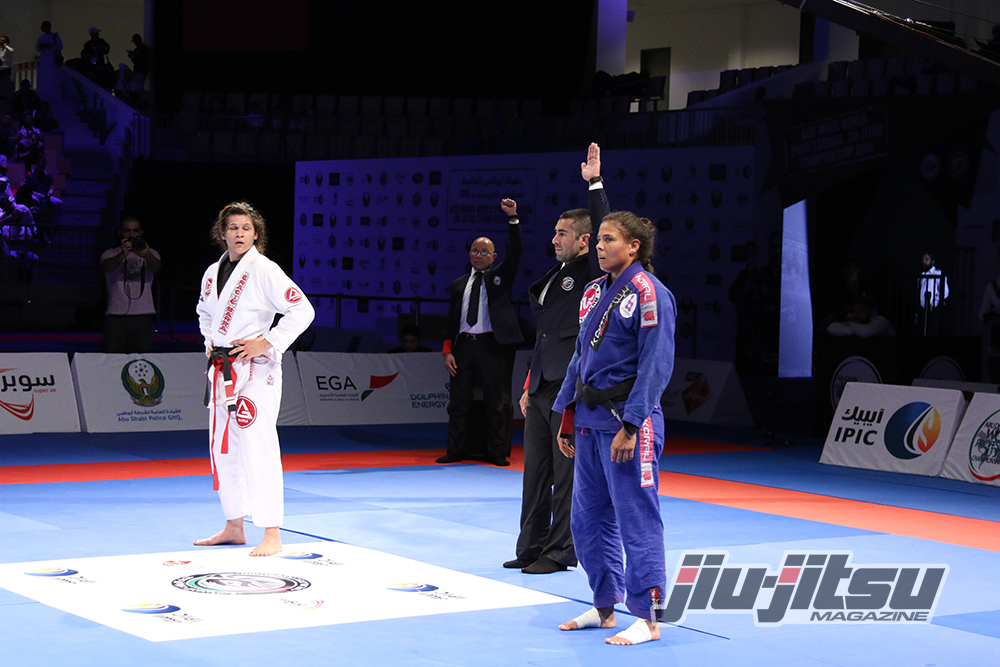 +75KG – Take a guess on this one. Yup, Gabrielle “Gabi” Garcia once again took home the gold, but unlike recent wins did it by only advantage points over Vanessa Nascimento. 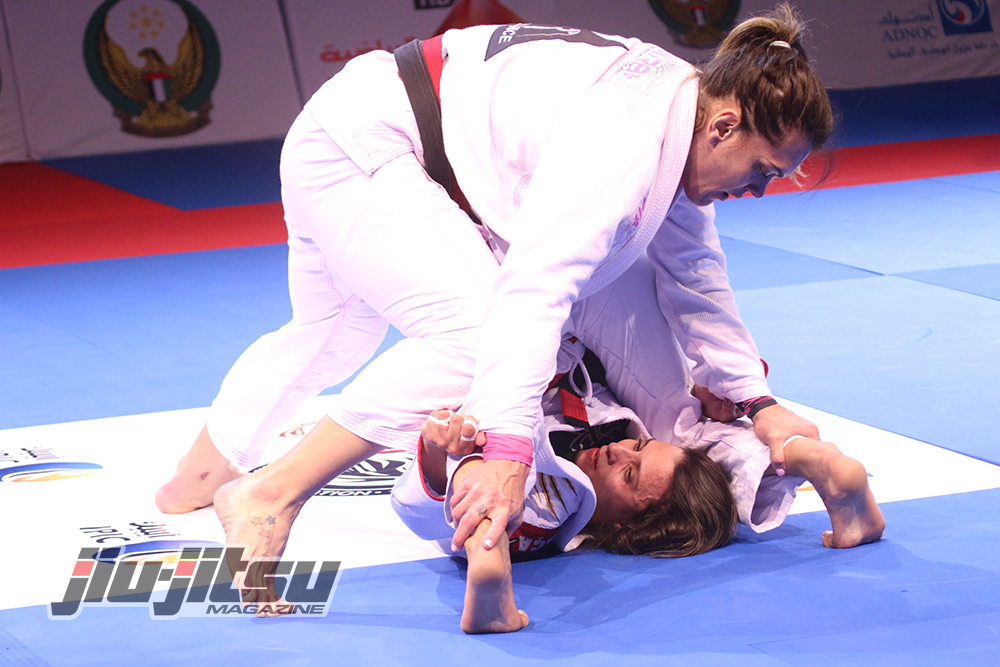 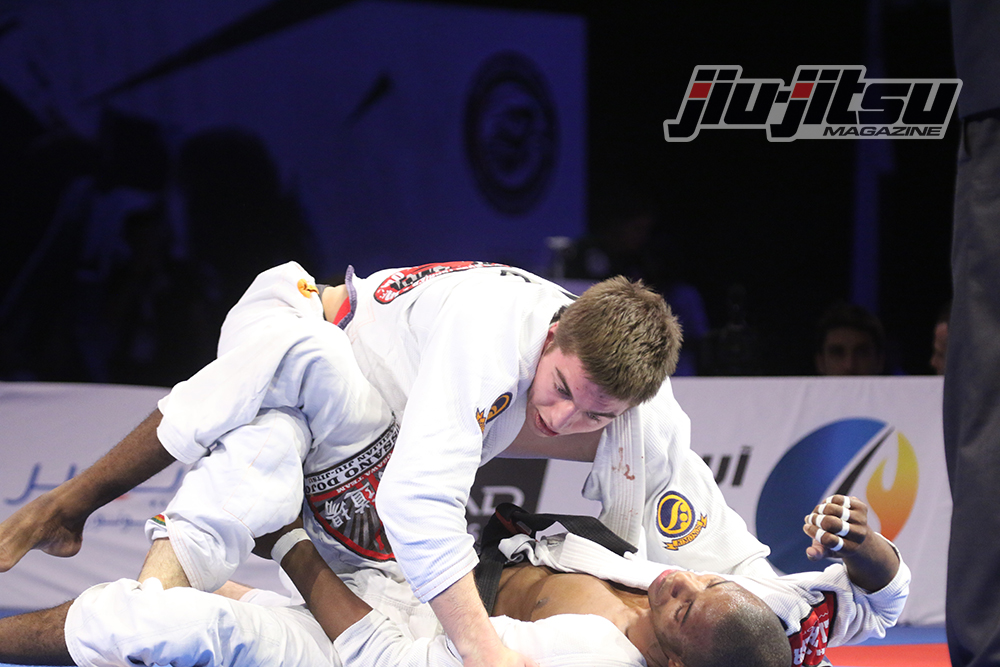 75KG – Lucas Lepri waited until just 7 seconds were left in the match to submit Gabriel Pontes. Lucas was up by points but managed to catch Gabriel with a very sound choke. 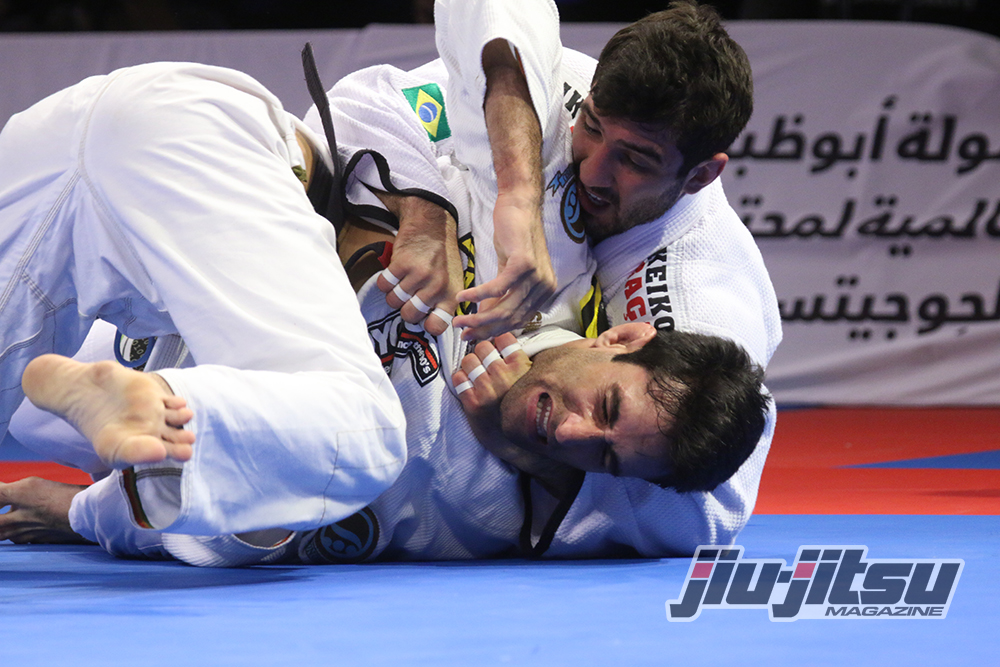 85KG – One of the most exciting matches of the day, Leandro Lo beat out Victor Estima by advantage in an active match. Usually it’s Leandro with the impassable guard, Victor showed that he could keep away the pass as well. 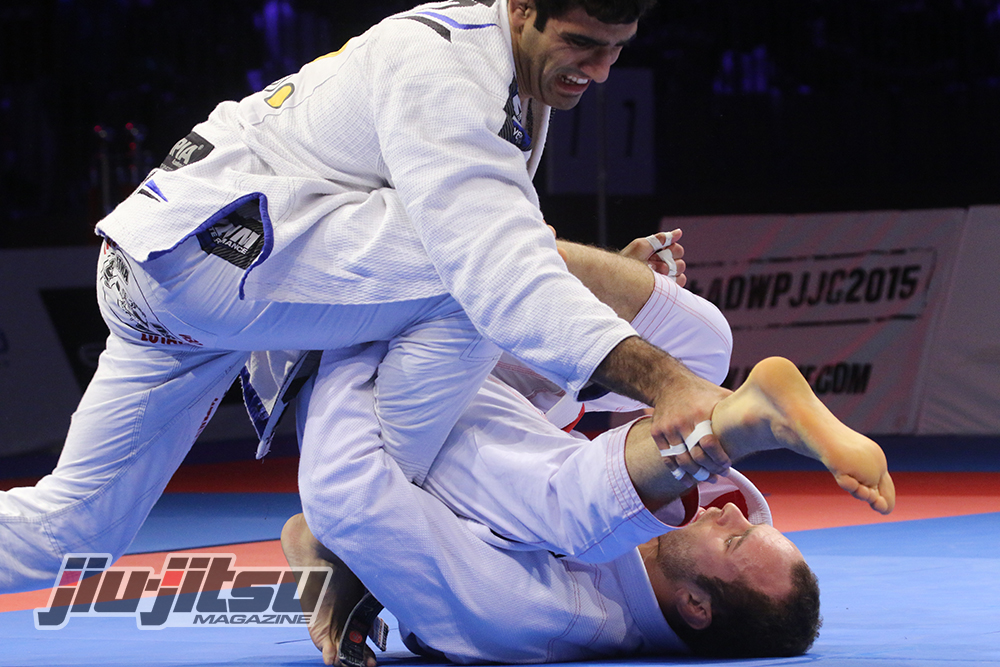 95KG – This one started out heated with Sousa driving Pena hard to the edge of the mats. Things settled down and the two exchanged positions, Felipe Pena ended up with enough points to secure the gold over Jackson Sousa. 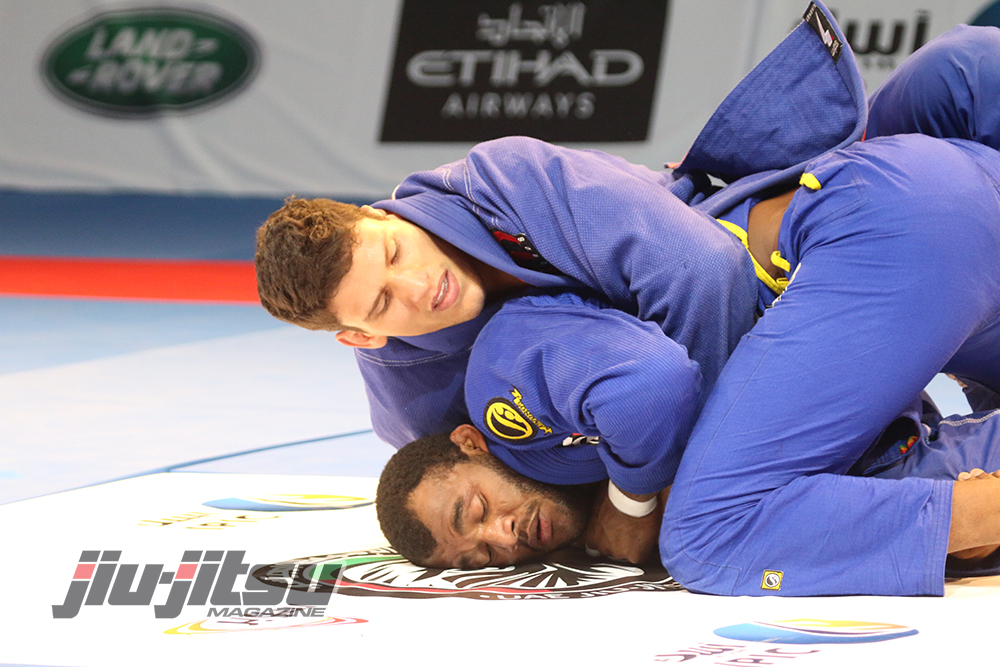 95KG+ – The big guys actually started off the black belt matches and wasted no time in getting heated. Marcus “Buchecha” Almeida ended up with the win via points against Alexander Trans who actually lives and teaches here in the UAE, originally from Denmark. 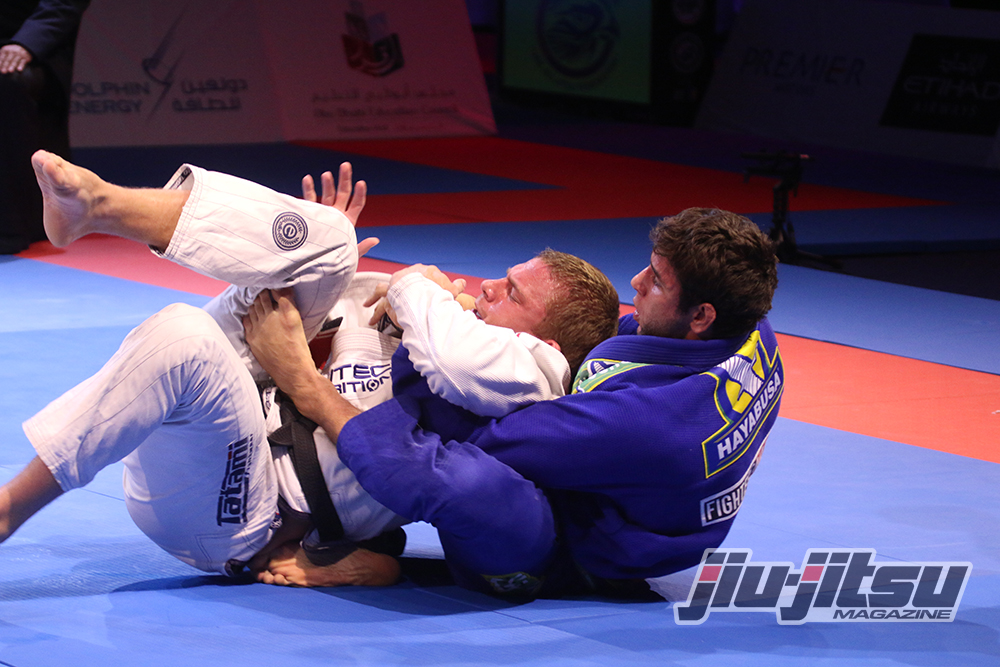 For standouts and stories from the purple and brown belt ranks from today be sure to check out the next issue of Jiu-Jitsu Magazine on-sale everywhere May 26th. Check in this time tomorrow for a recap of the white and purple belts along with the masters from purple, brown, and black.

Can’t we all just get along? Pacifism and Jiu-Jitsu