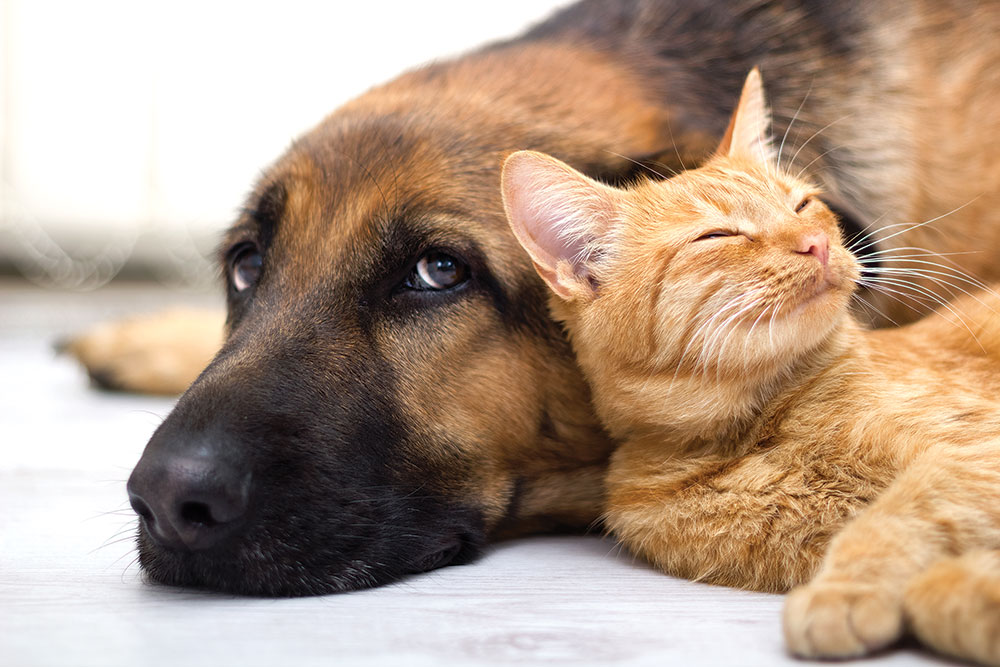 Can’t we all just get along? Pacifism and Jiu-Jitsu

I teach jiu-jitsu classes. I train MMA fighters. I referee jiu-jitsu matches. I have devoted a writing career to fighting. I even worked the door at a nightclub in Pittsburgh for a brief period to earn some extra money.

And I consider myself a practical pacifist.
That perplexes many of the people I talk to, both inside and outside of our sport. As contradictory as this philosophy and my career may seem, this to me is an important, deliberate choice that we do not discuss enough on the mats or in our community in general.

Traditionally, pacifism is strictly anti-violence. At the same time, I cannot deny that jiu-jitsu is a violent art. I treasure a strong cross face and am well-aware that what I practice is specifically designed to dismantle the human body in the most efficient manner possible. My life pursuit, it would seem, is to master the ability to systematically destroy every functioning joint that a person has. When I train MMA fighters, we talk about strikes as well, using the control of jiu-jitsu positioning to launch vicious punches and knees for maximum damage. 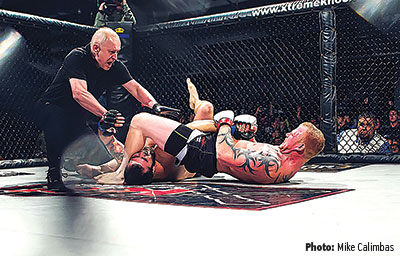 That is violence. Within the context of sport, however, it is a completely different kind of violence from a mugging. The intentions are completely different and our community is instinctively aware of the divide. In almost the same moment we can applaud a beautifully executed leg lock and shake our head in disgust at a fighter’s refusal to release the submission when his opponent has clearly conceded.

We recognize that consensual violence between two rational adults can be quite safe and even healthy. The majority of jiu-jiteiros even feel a deep sense of guilt and self-disgust when they accidentally injure a training partner. There is generally no active malice. The violence is scientific and controlled. Within the boundaries of play—as intense as that play might get—we can participate in an extremely violent pastime without any intention of inflicting lasting harm.

Jiu-jiteiros then can proudly champion sportive violence while remaining vehemently opposed to malicious violence. Therefore, we can at once love fighting and still champion non-violence. 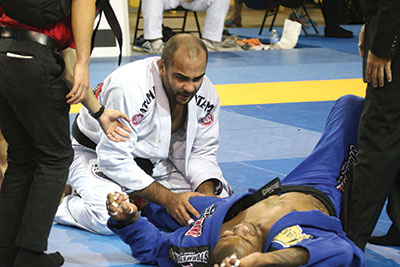 Jiu-Jitsu in the Streets, Then and Now

In practice, I avoid violent confrontations at all costs. Recently, I was at a local Mexican restaurant and as my wife and I waited to pay I noticed a gentleman that looked like John Hackleman, the famed coach of Chuck Liddell for many years. I was a ways south of the city, had enjoyed at least one margarita, was tired from a long work week and was pretty far from where the Hackleman doppelganger sat.

So like the socially awkward man-child that I am, I stared a bit too long to see if it was in fact the Pit Master. A burly man with tattoos looked at me, narrowed his eyes, and said, “You got a problem?” 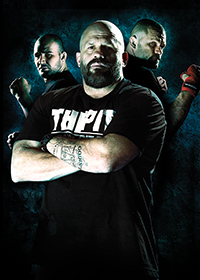 I have plenty of problems, but none of those were at play at this exact moment with the exception of my social ineptitude. In that cinematic fight-scene way, everything slowed down. A good portion of the restaurant was now looking at us. Another human being made me look and feel small in front of a person I cared very much about. He postured and his hands clenched. In a small way, this was a challenge. I could stand up for myself against someone who clearly wanted to fight or I could pay my bill and leave. I left and now the consequences of this event only live on in my memory.

This story is hardly on par with being assaulted in a parking garage or facing off against a knife-wielding attacker, but if this confrontation had taken place on a beach in Brazil in the 90s my jiu-jitsu might have been featured on a grainy VHS highlight tape that underground fight fans copied and traded. 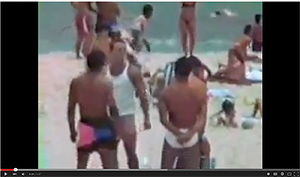 That reality, the fact that our sport has its roots in challenge matches and street fights, makes it difficult to authentically preach non-violence. It was not too long ago that our fighting heroes would stomp on an unconscious opponent at the end of a fight or allegedly use a younger sister to spark a fight in a night club for the fun of it. Even now, when the viral video of a basketball trash-talking session turning into a fight spread across the web, it took a depressingly long amount of time for anyone to point out that the jiu-jiteiro in the video made no attempt to deescalate the rising tension.

Was it cool to see 50/50 guard in a street fight? I suppose it satisfied some degree of curiosity about the position, but aren’t we beyond the point of needing to see jiu-jitsu prove itself in street fights? I’d like to think so. 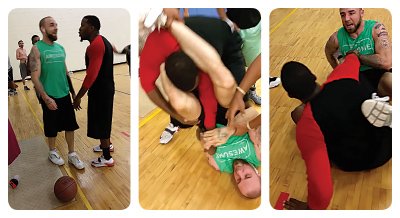