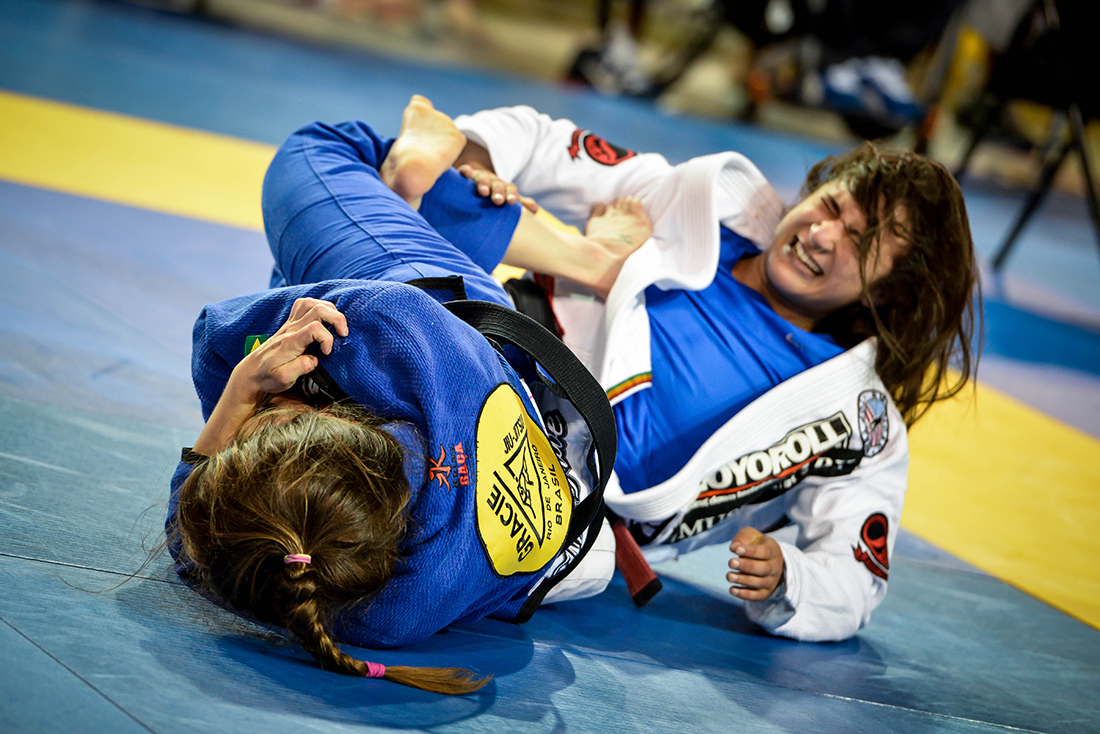 Tammi Musumeci, in white, battling it out with Mackenzie Dern, in blue, at the 2015 Pan Jiu-Jitsu Championship. Photo Mike Calimbas

Recent comments by Metamoris founder Ralek Gracie have caused quite a stir. Ralek was quoted as saying “We had that one match and it was cool, but that was more of, ‘That’s cool and that was interesting and I want to see that again if the girls are cute.'” referring to the match between Mackenzie Dern and Michelle Nicolini at Metamoris 2. The match was action packed, exciting, but like so many other Metamoris matches ended in a draw. Since these comments were first reported by Luke Thomas of MMAfighting.com there’s been quite an outcry rallying support for women’s jiu-jitsu. The #supportwomensbjj hashtag can be found across every social media platform.

The groundswell of support has prompted one promoter to put up a very large cash prize to see just how exciting women’s jiu-jitsu can be. We’ve yet to confirm exactly who’s involved on the promotion side but we have learned that four of the eight spots have been confirmed. As of this posting Tammi Musumeci, Michelle Nicolini, Mackenzie Dern, and Angelica Galvao have been confirmed. No word yet on an exact date or venue but we’ve been told that it will be hosted in Dallas, Texas sometime in June.

We also have it on good authority that there will be a men’s match on this same card between two of the top lighter weight grapplers in our sport that have some unfinished business. We can’t yet say exactly who’s involved, but oh brother, some would pay a pretty penny to watch either of these two compete let alone the both of them in a rematch.

Be sure to check back for more details once we receive them.

Comment on which match ups you think will be most exciting and who’s your guess on the men’s rematch.

UPDATE: Since posting this story Ralek has come out to address the referenced article. You can watch his entire response HERE.