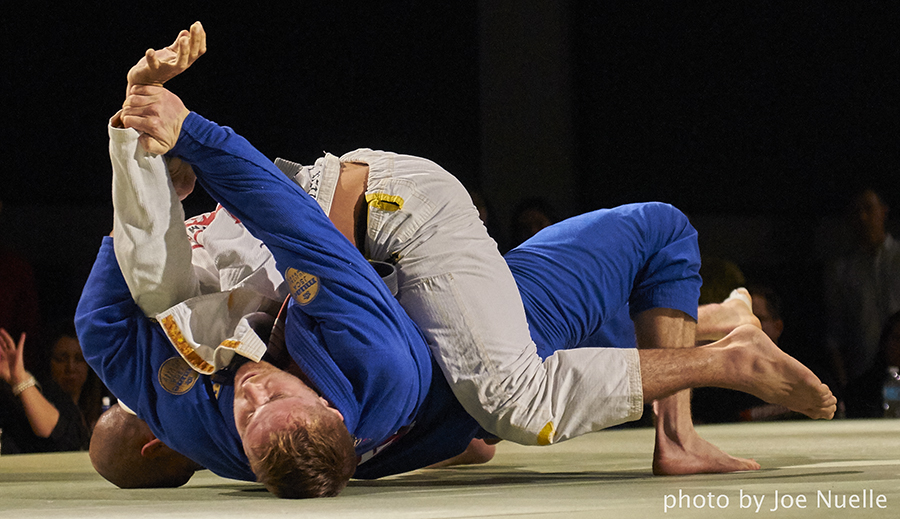 With the success of Metamoris and Polaris it’s inevitable that more professional grappling events will pop up. The challenge for the upstarts will be showcasing high-level talent in exciting matches and presented the polished product that we’ve come to expect. Respect 1 is the first such event in the Midwest and featured 15 matches of grapplers. The matches used IBJJF rules with the exception that all matches were 7 minutes long and there were no advantages. The fighters competed on a raised stage and the capacity ground were all close enough to enjoy the matches.

The evening began with fights between the colored belts. A notable match included the battle between Nick Shrock and Ilya Bodnya which showed the tremendous heart of Bodnya. Shrock was the aggressor early on and built a solid lead coming to the half way point. Switching tactics Bodnya began attacking the feet of his opponent using the transitions to set up sweeps and escapes. In the end Shrock was able to stave off the resurgent Bodnya and cemented his win with a late sweep. Next up were the black belts.

The night ended with Kyle Watson vs Piet Wilhelm, Ezra Lenon vs Joao Faria and JW Wright vs Renato Tavares. Watson wasted no time, immediately taking Wilhelm to the canvas with a power double. Watson maintained dominant positioning throughout the match but Wilhelm utilized Watson’s lapel and a solid defense to prevent the finish. Lenon and Faria worked throughout their match and showed the crowd what world class jiu jitsu looks like. Lenon’s guard work kept Faria on his toes and instigated several scrambles that had the crowd on the edges of their seat. Faria nearly capitalized off of a failed kimura attempt with a transition to mount but Lenon quickly reestablished half guard. A subsequent attempt by Lenon to sweep off a toe hold had both fighters almost off the stage. The fight concluded with a sweep from Lenon and Faria fending off submission attempts from quarter mount. In the final fight of the night Wright was the early aggressor working a knee cutter pass. Tavares weathered the storm and was able reverse positions. Tavares methodically improved his position eventually earning the submission with a choke form mount.

For more information check out: http://respectjiujitsu.com 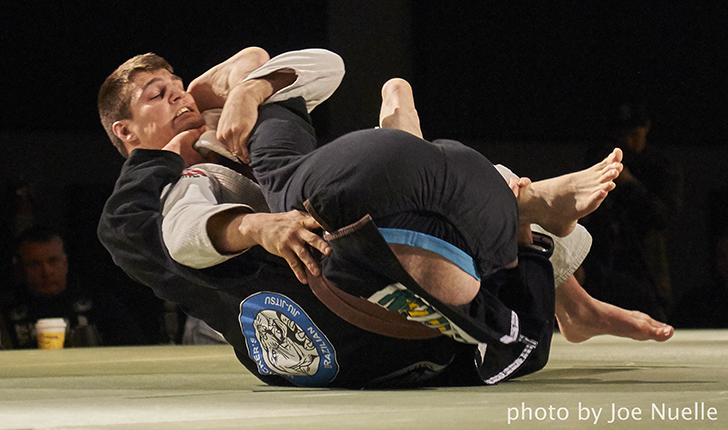 Matthew Corley is a Registered Pharmasist and Clinical Phramacy Manager who trains under Ezra Lenon. The best way to keep up with his articles and reviews is at facebook.com/MappingMyBjjJourney