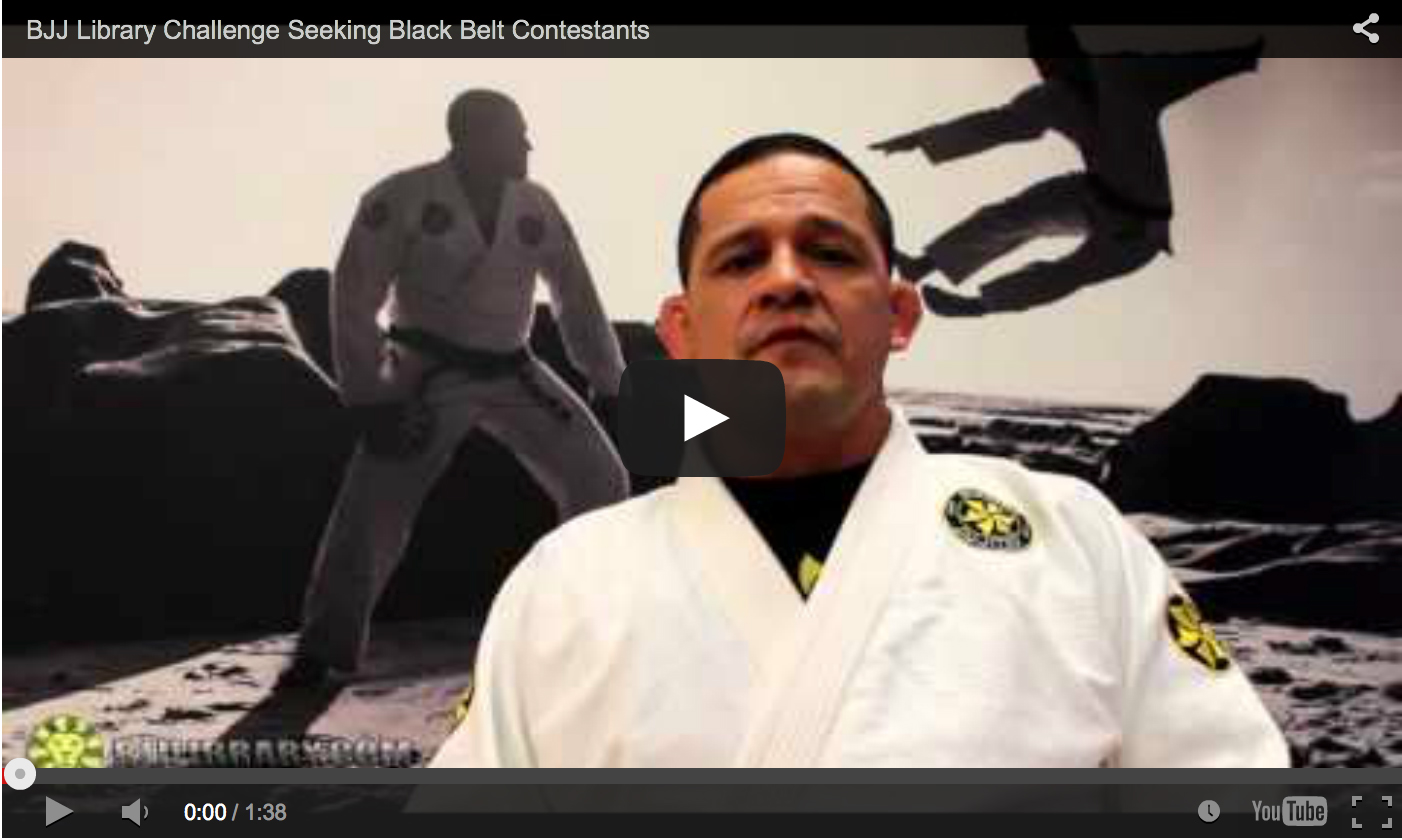 Just got a hold of this press release from BJJ Library:

(San Diego, CA) – March 1, 2015 – Be one of 6 upcoming Brazilian Jiu-Jitsu (BJJ) black belts selected to participate and compete in a reality show about the Jiu-Jitsu way under the coaching and mentorship of legendary Jiu-Jitsu Hall of Famer, Saulo Ribeiro. Winner takes home a $2,500 purse and a BJJ Library Video Series. The grand finale of the show will feature the winner in a contest with one of the greatest BJJ fighters of all time, Jiu-Jitsu Hall of Famer, Alexandre “Xande” Ribeiro following a special set of rules designed specifically for this singular match. Participants take home the experience of a lifetime. The program will tape March 17-21, 2015. To be considered, send resume to:

“These upcoming black belts will gain knowledge not only about Jiu-Jitsu but about themselves while sharing their Brazilian Jiu-Jitsu journey with the world,” Saulo Ribeiro said. “This is an exciting platform from which the world can experience the depth and magnificence of the Jiu-Jitsu way of life.”

About University of Jiu Jitsu and its Founders:

Affiliated with the Ribeiro Jiu-Jitsu organization, the University of Jiu Jitsu was founded and is operated by celebrated brothers Saulo and Alexandre “Xande” Ribeiro. Saulo Ribeiro is a 4th degree black belt in Brazilian Jiu-Jitsu and is a six-time World Champion in five different divisions as well as a two-time winner of the Abu Dhabi Combat Club (ADCC). He is also the author of the bible of Jiu-Jitsu, the best selling Jiu Jitsu University. Xande Ribeiro is a 3rd degree black belt in Brazilian Jiu-Jitsu and six-time World Champion as well as a two-time ADCC Champion and considered the best pound for pound BJJ fighter of all time.