Your Drills Should Be Uglier

When Trevor Ragan, motor learning advocate and founder of Championship Basketball School, talks to coaches or athletes about how they train and about how they learn, he often starts with a story about two tigers. One tiger is a zoo tiger. This tiger grew up in an enclosure, fenced off from the outside world. Every day, his food is brought to him. If it rains, he can walk into the warmth of a pre-built shelter. If it’s hot, he can bathe in the meticulously cared for pool. Life is easy because he is taken care of. The other tiger is a jungle tiger. This tiger grew up in the wilderness, hunting and tracking for each meal, walking long distances to find food and shelter. Each day brings something new and he must always be on guard lest he fall into a trap or become the prey of a hunter himself.

After Ragan finishes this story, he poses a question: Which tiger is best equipped for survival?  The answer is consistent—from high school basketball coaches to second-graders—the jungle tiger. In fact, if the zoo tiger was released into the jungle, he would probably die.

Pick Your Tiger: The Basics of Motor Learning

According to Ragan, how we approach learning determines what kind of tiger we become. If you want to become a jungle tiger, you need motor learning, which studies how people acquire skills and in that study has exposed a number of shortcomings in “traditional” approaches to skill development. In motor learning, you need random, game-like drills, not block drills.

To help you understand our terms, an example of block drilling would be a golfer practicing a putt from the same spot 30 times in a row. In a random drill, the balls would be scattered around the hole, forcing the golfer to take a putt from a different point on the green for each of the 30 repetitions. Ragan is not a jiu-jiteiro. His sport of choice is basketball, but his obsession with understanding how players learn and what can be done to maximize their performance has taken him through a winding and twisting journey. Currently, Ragan runs camps across the U.S. through his company Championship Basketball School. In his off-time, he shares his latest insights into coaching and learning via TrainUgly.com.

Even though Ragan’s focus is on basketball, his lessons are aimed at all coaches and athletes. In fact, he first learned about motor learning from John Kessel, the Director of Player Development for USA Volleyball. As Ragan describes it, Kessel’s job is to find the best way to prepare athletes for elite-level performance. USA Volleyball, with its extensive resources and access to top talent both on and off the court, ultimately chose motor learning as its coaching methodology because it produces higher rates of improvement and retention than other approaches.

Ragan met Kessel through his mother, who coached volleyball for some time. Kessel came in to run a camp for her team and Ragan was soon fascinated by the approach that Kessel took to training volleyball players. From the outside, it looked chaotic. The drills seemed random and players seemed to struggle to perform. At the end of the week, though, Ragan and his mother both saw visible improvements in how the players performed in scrimmages. 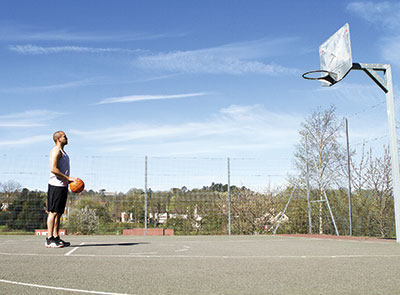 The Value of Game-Like Reps

When Ragan talked with Kessel about his approach, the coaching process suddenly made sense and it gave him clarity on a challenge he faced in his own sports career. As a high school basketball player, Ragan was a master of the gun, which is a ball-return device that helps players practice 3-point shots. The ball goes in the net; the gun shoots it back out. “I spent three years on the gun,” Ragan says. “On the gun, I could make 80 to 90 percent of my shots, but in a game, I could only make 40 percent of my shots. What was I missing?”

You might already be answering Ragan’s question. With the gun, Ragan shot from the same spot over and over. In a game, Ragan might be at a different place on the court. A defender might be in his face. He may have to decide between passing or shooting. He might be tired and sweaty. His girlfriend might be in the stands looking on with great expectations the way that teenage girls in sports movies do. The gun did not give Ragan practice with any of these things, so the gains that he saw in practice did not carryover to practice. “One of the most important things that motor learning science has come up with isn’t about how you look in practice but how you perform later,” Kessel says in one of Ragan’s video essays. “Performance, which is always after practice by a day or a week or whatever, is best because you do things that have higher levels of retention.”

The gun did not promote retention because it addressed only one facet of performance when in reality athletes need to be proficient in three areas. Those areas, according to Ragan and his interpretations of motor learning research, are:

• Reading – The athlete critically assesses the situation and picks the right response for that scenario.
• Planning – The athlete plots out the steps necessary for executing the response, taking into account factors like timing and power.
• Doing – The athlete executes the chosen technique with proper form and with the intended timing.

The gun taught Ragan to do a 3-point shot but gave him no practice with reading the opportunity for a 3-pointer or planning a shot in the tumult of a live game. 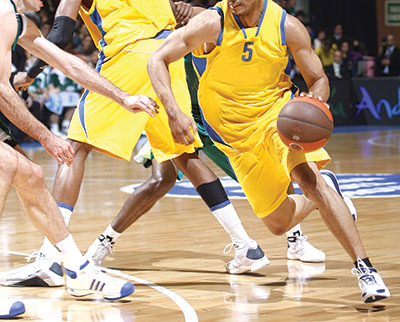