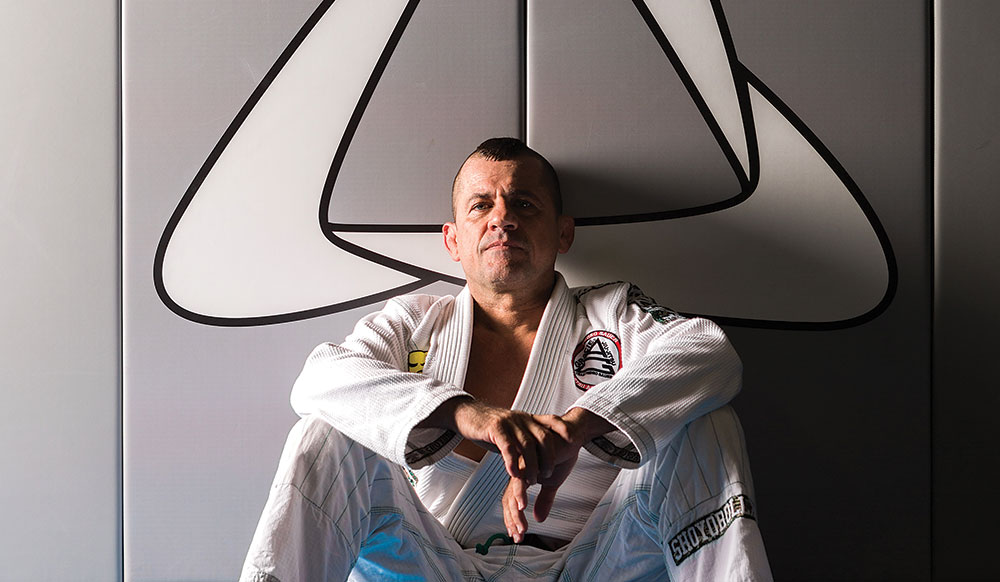 Arm drag Takedown
The arm drag is a wrestling move that pulls the opponent’s arm across the body to get him off balance and to expose a vulnerability; could be the back, could be the opponent’s side, whatever becomes exposed means he’s not squared up to you. Luis uses an arm drag working off the pummel to get to Stefan’s side. From there, Stefan could hunker down and make himself real heavy to defend a wrestling lift to be taken down. So, instead, Luis goes for a trip to take Stefan down.

1. As Stefan and Luis pummel, Luis grabs Stefan’s right arm at the wrist. 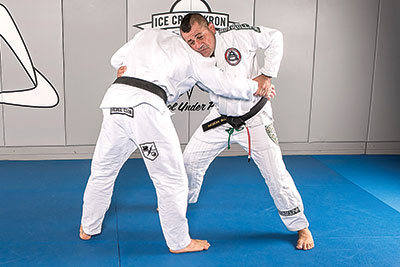 2. Luis pushes Stefan’s arm down to clear his body. 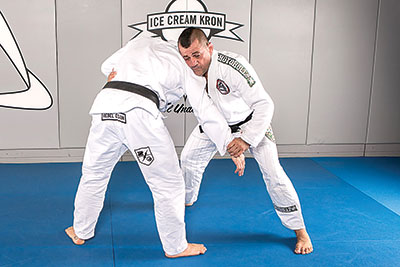 3. Luis brings his right hand behind Stefan’s arm at the triceps. 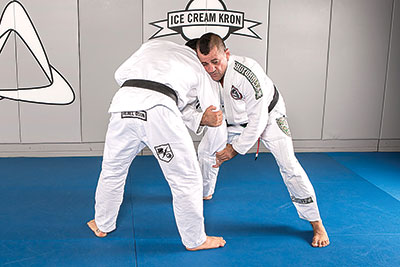 4. Using the hold of the arm, Luis “drags” Stefan to his right and immediately brings his left arm around Stefan’s waist on the left side.

5. With control of Stefan, Luis steps in to get closer to establish a connection. 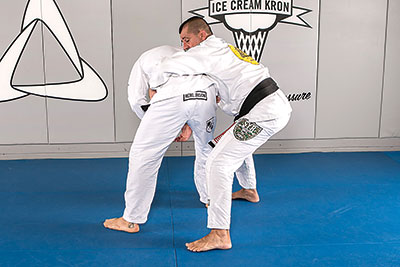 6. Luis brings his left leg across the back of Stefan’s legs and pulls Stefan back. 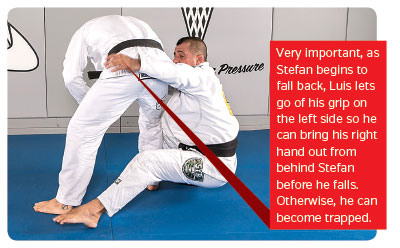 7 Ways to Take the Back with Matt Baker