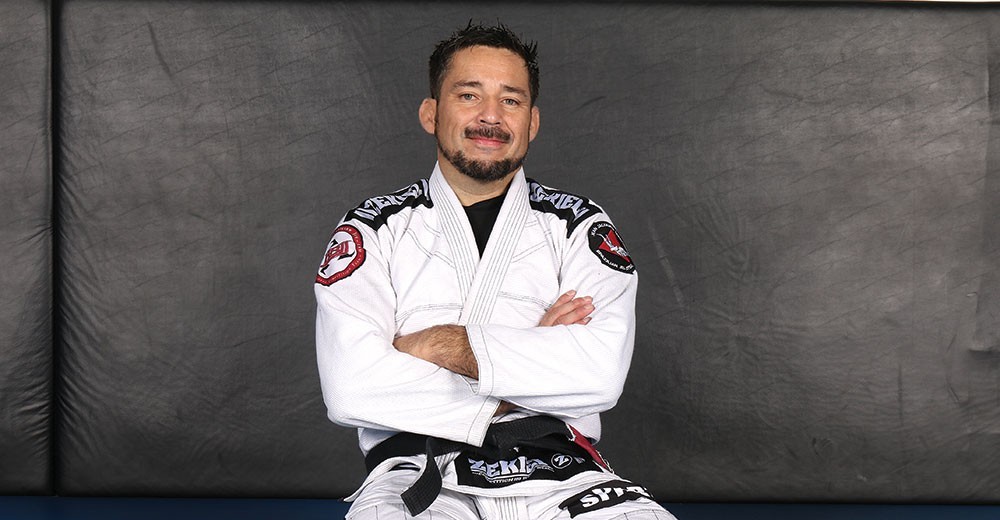 7 Ways to Take the Back with Matt Baker

Before he was winning double-gold at the San Francisco Open Matt Baker was showing us some sweet back takes and finishes from his new DVD “30 Ways To Take The Back” available at www.jiujitsulabdvd.com. One that we really like was this slick back take from knee on belly, which can also be used from side control.

Knee on Belly To Back With Finish
During the entire interview with Matt this one was probably the technique I thought I could incorporate into my game immediately. In fact the next morning I got this finish during sparring with a pretty good purple belt. It’s simple, effective and gives you some options during a tournament.

1. Matt starts in a good spot with knee on belly. He grabs his opponent’s nearside lapel with both hands. 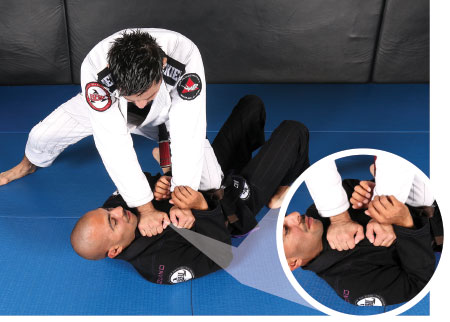 2. Matt wants his opponent to turn away a bit so he’ll pressure with his hips to drive him away. 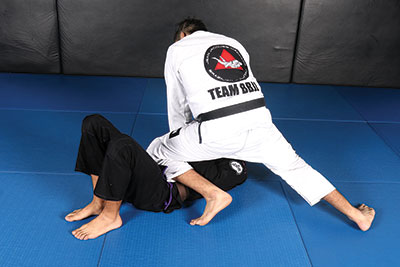 3. At this point Matt can put a tremendous amount of pressure down on his opponent and it’s not completely obvious what he’s going for. This causes the opponent to keep his arms in tight. 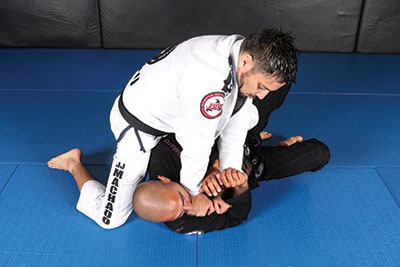 4. Matt drops his right arm down to “loop” his arm over and around his opponent’s head. As he begins this process he brings his right knee behind Dale’s head.