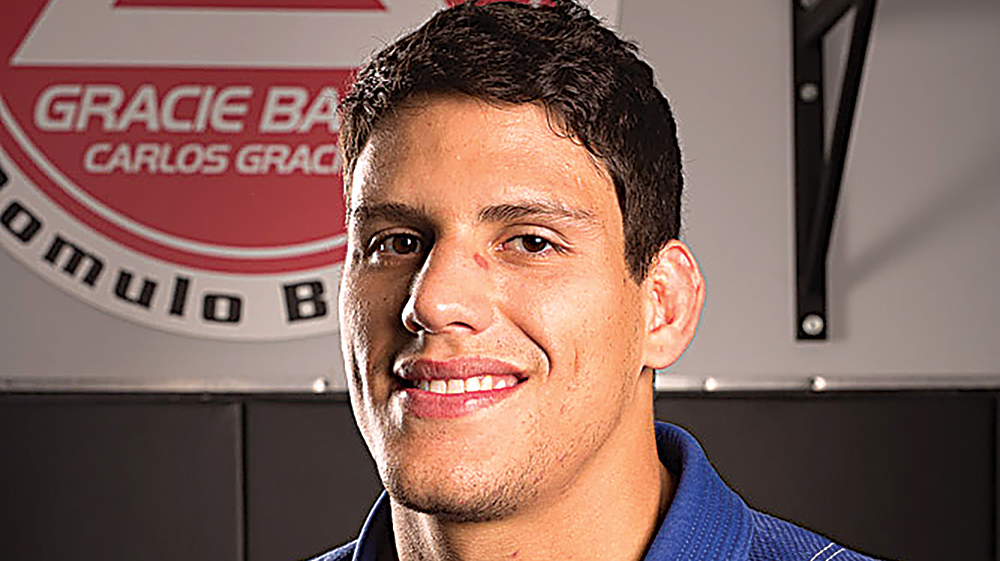 …keeps the doctor away” is a common saying you’ve probably heard before; however, according to research conducted at the Osaka City University Graduate School of Medicine in Japan, apples can do more than just prevent illness. Apples can also give us a competitive edge by improving our athletic performance. 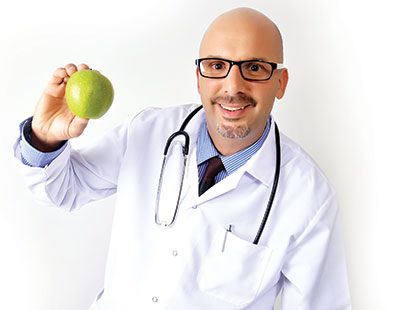 During the study, 9 healthy volunteers were given Applephenon, a polyhedral extract from apples or a placebo (vitamin C). When the two groups were put through fatigue-inducing workloads, it was found that performance among those who received Applephenon prior to the test was remarkably better than those given the placebo. Repeat tests with different exercises led researchers to conclude that Applephenon mimics antioxidant activity, reducing physical fatigue. This finding can easily be applied to the rigors and demands jiu-jitsu has on our bodies.
Strenuous or intensive workouts create oxidative stress in the body. Drinking apple juice after your workout will neutralize the harmful oxidants, reverse muscle fatigue, as well as replenish minerals and vitamins. Eating apples or drinking apple juice can also help keep athletes trim during inactive periods since they are relatively low in calories, fat and sodium, but are rich in fiber, minerals and vitamins. With that in mind, there’s a pretty good case that could be made that an apple a day can help keep you on the mats longer and stronger.

Apples are some of the most popular and delicious fruits on the planet, and there is nothing like biting into a bright, red, juicy apple to quench your thirst and satisfy your sweet tooth, all while boosting your health in a major way. Apart from improving performance in athletes, the health benefits of apples also include improved digestion and prevention of gallstones, stomach disorders, constipation, anemia, liver disorders, rheumatism, heart disease, eye disorders, and a variety of cancers. Apples also help improve weakness and provide relief from gout.

Variety Is The Spice Of Life

Not all apples are created equal. There are different varieties of apples with varied nutritional benefits grown in different parts of the world. The list below includes some of the more common varieties of apples found here in the States. DV represents the percentage each serving provides for a Daily Value based on a 2,000 calorie (per day) diet.

Originating from Australia in 1868, this type of apple is named after Maria Ann Smith. Mrs. Smith came across this hybrid of a seed by chance as it maintains characteristics of the European Wild Apple and a domestic apple. Its skin is originally yellow, but then turns green and hard, covering a crisp, juicy, white flesh. During this process the acidity within the fruit changes significantly to balance out the flavor. 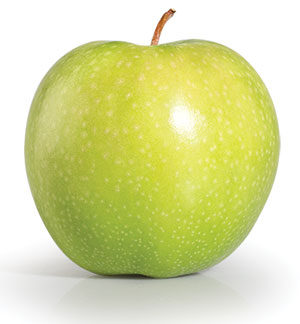 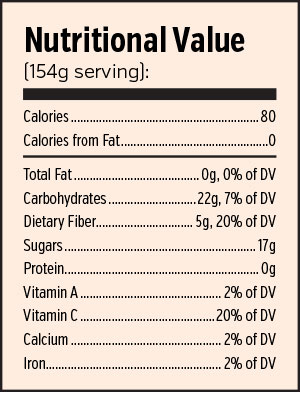 Gala apples bear a lot of similarities to Red Delicious apples. They have a sweet, pleasantly mild taste, with a crisp texture. Their skin features a beautiful light-green sheen with bright yellow undertones. Similar to Fujis, Galas are easy to eat uncooked, thanks to their thinner skin and overall sweetness, making them the ideal variety for kids. 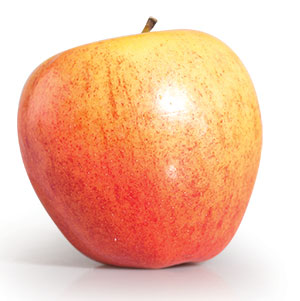 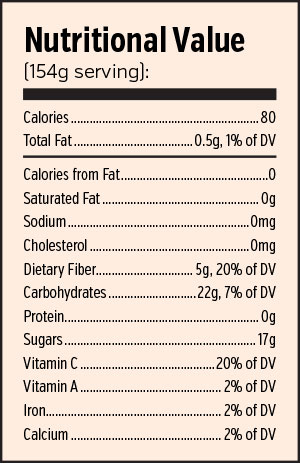 Jazz is a cross between Braeburn and Gala, which was raised in New Zealand in the 1980s. The skin has a shiny bright red color over a golden background. Its flesh is cream colored and has a strong taste due to its excellent balance of tartness and sugars with a faint hint of pear drops. Jazz is available November to April and maintains its quality extremely well in the fruit bowl. 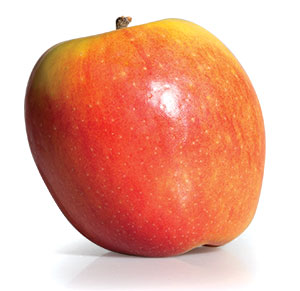 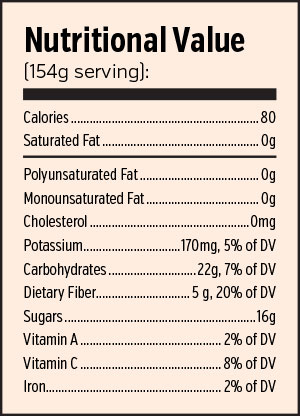 This is the most common variety of apple in the United States and indeed, the world. This apple ranges from medium to large in size, red in color and is mildly sweet. Red Delicious apples are crisp when harvested in October, but the pale flesh quickly becomes dry and soft; however, the skin tends to shrivel when not kept refrigerated. These apples are particularly delicious for fresh desserts, snack and salads, making this the best all-purpose apple. It’s also among the best sources of dietary fiber and vitamin C. 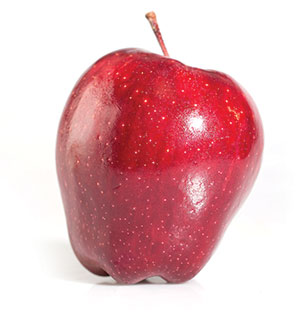 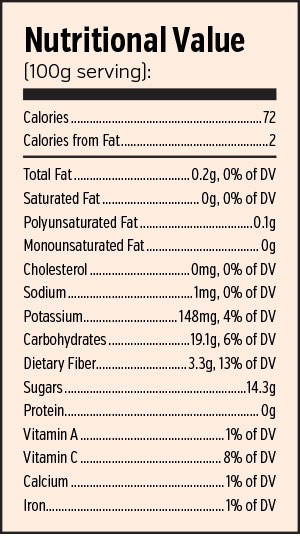 No, it’s not the newest gi release. This aromatic, flavorful apple is the number one seller in Japan and was developed by crossing Red Delicious and Ralls-Genet. Fuji apples are aesthetically pleasing, with yellowish-green skin, blushed with red-orange stripes. They have a crisp, dense and sweet yet tart, light yellow skin. This variety retains its flavor even when kept at room temperature and develops a better flavor when held in storage for long periods. This apple is good for eating, adding to salads and making applesauce. Fuji apples are good source of Vitamin C and dietary fiber. 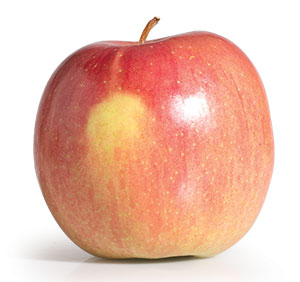 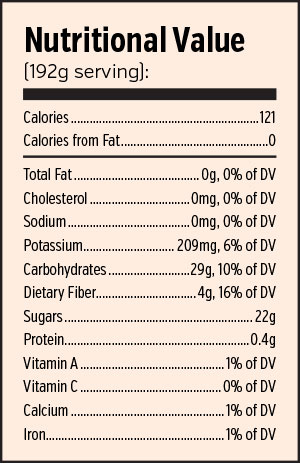 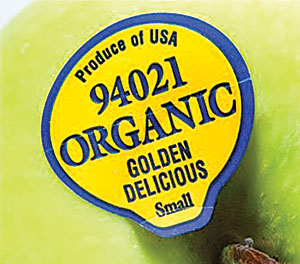 Next to tomatoes and celery, apples are the single most pesticide contaminated produce items available at the grocery store. During the spraying process, the pesticide adheres to the skins and even seeps into the flesh since the concave shape of the fruit near the stem creates a bowl that retains some pesticide for extended periods of time. However, organic apples provide a relief from these toxic pesticides. According to the EWG (Environmental Working Group), the US government has provided data that shows a direct link between pesticides and toxicity to the brain and nervouse system, disruption of hormones, skin/eye/and lungs, as well as ADHD (Attention Deficit Hyperactivity Disorder). What’s more, there is an unbelievable difference in taste between conventionally raised apples and organic ones. This is mainly due to how and when the fruit is harvested as well as the absence of pesticide residue in the flesh. You can eat them fresh and raw, make salads, juice and even bake them.

The McIntosh apple (pronounced Mac-In-Tosh) is named after John McIntosh, a Canadian farmer who discovered it in the early 1800’s. This type of apple can be eaten raw and also goes well with cooking. Ripening in late September each year, this red and green skinned fruit has a tender white flesh underneath and provides a tart flavor for its consumer.

*Fun Fact: Jef Raskin, who was an Apple Inc. employee named the personal computers available to us today after this fruit during the late 1970’s; however, he added the “a” into the spelling and lowercased the “i” so it would read as it sounds. 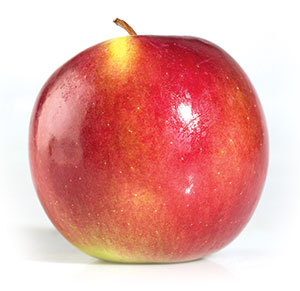 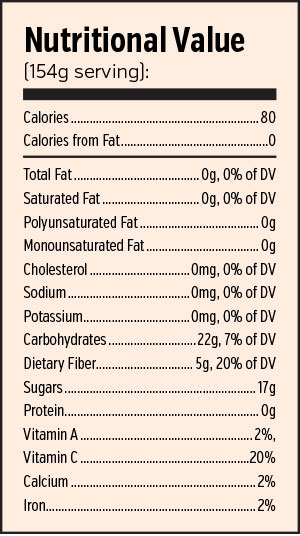 The Braeburn variety was first raised in the 1950s and has been developed since then through selective breeding. It was introduced to the UK in 1990. The texture is crisp and juicy. It has a tangy flavor that provides a good balance of sweetness and a hint of pear. This variety requires a long growing season and is typically harvested until December. Braeburn apples can maintain their flavor for long periods even when stored at room temperature. 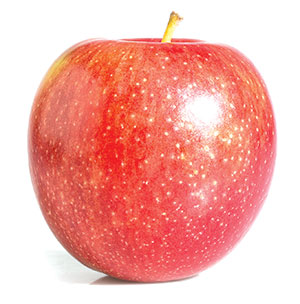 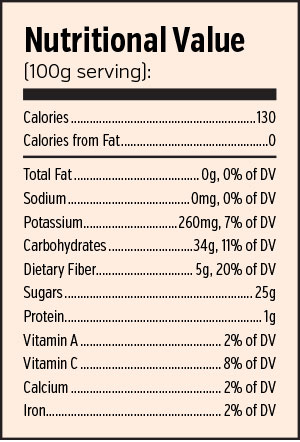 Based on all the evidence, apples are great snacks that provide a slew of benefits. Packed full of minerals and vitamins, eating this fruit routinely can help improve athletic performance and keep you feeling well. Sounds like a win-win, and after all, who wants to visit the doctor?

Let’s Talk Food
In this instalment we spoke with two great jiu-jitsu artists; Caio Terra and Nic Gregoriades. Each have pretty different take on food. 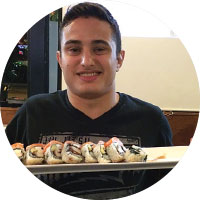 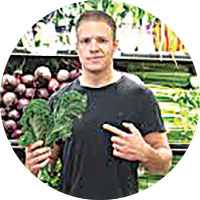 What is an average day of eating like for you? This would include any supplements along with all of your meals.
Caio: I don’t take any supplements. I normally start with lunch already and have a small meal or two before dinner, then some snack after if I need to, so I don’t sleep hungry.
Nic: At this point, I usually skip breakfast and fast until the early afternoon. I then have a decent sized lunch, and then I might have a light dinner or I might not.  I find that having 1-2 meals per day with no snacks in between is the way my body works best. I don’t feel that eating many small meals throughout the day works well with my physiology. Regarding what I eat on a daily basis, I try to eat as much raw, unprocessed food as possible, about 70%.

What part of your diet do you feel is the most important to your training?
Caio: It’s got to be Lunch.
Nic: Avoiding inflammatory things like sugar, wheat and alcohol.

What do you eat the night before and day of competitions?
Caio: I don’t have a diet that I follow. I eat what comes in my mind (laughs).
Nic: Lately if I compete and train I like to do it in a fasted-state, I just feel lighter and mentally clearer when I do that. I also always have a quality coffee before a competition.

What are your five favorite foods/ingredients?
Caio: Pizza, chocolate, pao de queijo (Brazilian cheese bread), Brazilian BBQ (even though 99% of the time I’m vegetarian), and as an ingredient I like cheese. That and candy!
Nic: Coconut oil, Quality Cheese (made from unpasteurised milk e.g. Parmesan, Emmental etc.), Free-Range Chicken, Free-Range Eggs, and Pineapple

If today was your last day, what would your last meal be and what song would be playing in the background?
Caio: I would probably care about something else rather than food.
Nic: A fully-loaded pizza! Song would be ‘Tandem Breathing’ by Paul Keeley.

What would you like to learn or improve on the most in terms of your cooking skills?
Caio: I don’t cook, so anything would be a plus to me (laughs).
Nic: Good question. I think how to time the preparation of various ingredients properly so that the dish comes out well.