Normally the majority of us look at how jiu-jitsu helps us in terms of health, confidence, or self-defense; Joe Rudd’s story is entirely something different, but the story remains the same…
Jiu-jitsu changes you for the better.

At approximately 4:30am on July 27th, 2013 Joe Rudd was on his way home from Iowa to Herndon, VA and pulled into a truck stop outside of Columbus, OH. He noticed a couple of teens walking around who appeared to be out of place. After purchasing snacks and exiting the building, the two teens were sitting on the curb right outside the door. Here’s his account of the events as they unfolded: 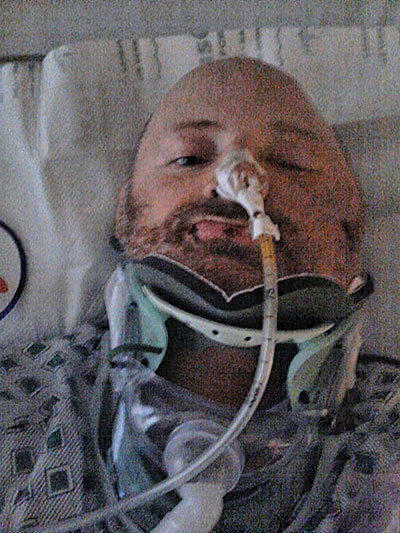 “I see them again, but don’t feel threatened and I walk by. I don’t see them, I don’t hear them, nothing is said, but instantly I feel a tap at the back of my head; it’s a .22 caliber pistol. Without hesitation I jump, turn to face them and the kid pulls the trigger. I’ve been shot, I hear the loudest sounds I’ve ever heard before and my mind is thinking at supersonic speeds. This is all before I hit the ground. The sounds are my eardrums blowing apart and I feel a huge amount of pain on the left side of my face. For whatever reason I’m calm and able to make quick decisions. One of them is standing over me with the gun pointing at my head. I still don’t understand how I heard him say, ’Give me your keys and wallet.’ Maybe I read his lips. I felt that if I just gave him my keys, what would stop him from just finishing me off? So I throw my keys and wallet toward my car, jump up and run to the building as fast as I can. I remember reaching for the doors and waiting to be shot in the back, but the shots never came. Every detail about the door handles are stuck in my memory forever. Inside I kneel down with another customer, who asks me what happened, but I realize the left side of my jaw-bone has been blown apart. I’m still very calm and don’t feel like passing out yet, but it’s probably from not being able to see the damage to my face. Looking down into a pool of my own blood, I thought, ‘I may bleed to death.’”

It turned out that the teens were on the run and had already killed three people. Joe’s injuries kept him in Ohio for a month and doctors removed one of his ribs to replace his jaw-bone. The bullet shrapnel hit his C1 vertebrae, 1/16 of an inch away from one of the main arteries to his brain. That’s 1/16 of an inch from life or death! He was in a cervical neck brace, had his jaw wired and a tracheostomy tube in his throat for months; all while losing 40 lbs. Infection plagued his face, forcing him onto antibiotics for months. He was unable to sleep flat for fear of choking on the tube, and once removed and able to do so, Joe began having violent episodes of vertigo. For three to four days a week Joe attended both physical and psychological therapy in hopes of stopping the vertigo, regaining muscle, jaw mobility, battling PTSD (Post Traumatic Stress Disorder) and panic attacks. Nothing stopped the vertigo and his panic attacks became more frequent.

At one time, Joe’s son trained in jiu-jitsu. He began bringing him back to the mats where he  reconnected with friends, but was unable to train himself, so he sat and watched. He was getting his strength back, his panic attacks were fading, but the vertigo was still an issue. Eventually, he pushed himself back into class, but he had troubles getting up from his back. Sometimes he sat in the corner just staring at the mat. No one could see that he was flipping upside down in his head due to the vertigo. Doing jiu-jitsu pushed his mind to adjust to his new equilibrium. His ground state was no longer the same, he kept working supported by his teammates’ encouragement and eventually his vertigo was gone. Joe tells us that his panic attacks subsided as well. He also believes that jiu-jitsu is responsible for his calm reaction to being shot and is what saved his life.

“Jiu-jitsu did what physical and psychological therapy couldn’t for me. I feel if I didn’t have jiu-jitsu on my side I wouldn’t be writing this right now.” 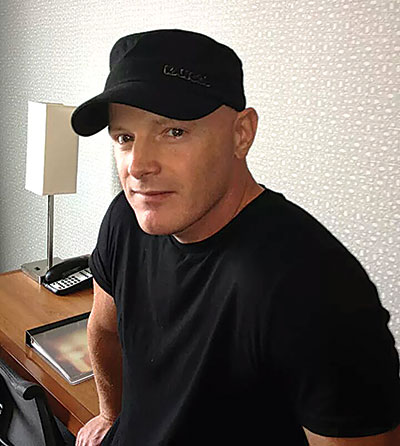