Getting To Know Victor Estima…

Currently ranked #6 in the black belt middleweight division of the IBJJF rankings (last year he was #3), and looking to regain his foothold in the top three in 2014, Gracie Barra Nottingham’s Victor Estima is always a threat on the mats. At 28, the Ze Radiola trained veteran and second-degree black belt currently lives and trains in England with his family, and his illustrious training partners including his well-known big brother, Braulio Estima and jiu-jitsu super star Roger Gracie. 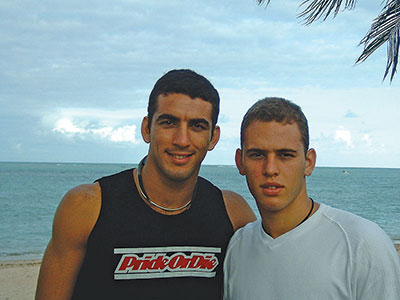 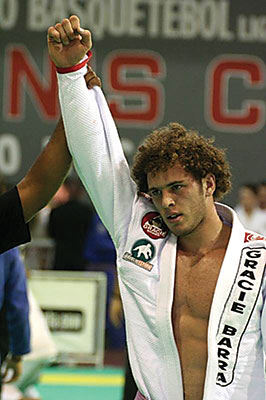 Victor was born in Recife, Brazil, which is known for its great weather, amazing beaches…and sharks! Victor was brought up middle to low class, so things weren’t necessarily easy, but he had an amazing childhood with many adventures and challenges. He got involved in judo at the age of six, but unfortunately his instructor was killed in a motorcycle accident, so he stopped training. He later found a little talent on the football (soccer) field and played for his city’s team. He became state champion, but his parents were unable to take him to training, so he couldn’t play. Later, Victor went back to judo and tried swimming, but at the age of 15, he found jiu-jitsu through Braulio’s influence. Over the years, Victor has come out of the shadows of his big brother and racked up many of his own special wins and accomplishments. He says the following are his greatest feats so far: four-time state champion, Brazil; two-time north and northeast champion, Gracie Barra; World NO GI black belt Champion 2011, European black belt Champion 2012; British Open black belt division and absolute champion 2011, four-time black belt bronze medalist World Championships 2008, 2009, 2012, 2013; two-time black belt silver medalist Abu Dhabi World Pro Championship 2009, 2013; and Gracie Barra blue belt PE Inter Club absolute champion 2001.

How did you get into jiu-jitsu?
I was inspired by Braulio’s early success, he was the first person in my state to become a Pan American champion in all sports. It was a big deal in my city. I played the guitar and I loved it, but my dad and brother had a chat with me about starting some kind of sport because I was becoming a sedentary teenager. I took their talk to heart and tried a few sports, like handball and volleyball, before committing to BJJ. I was hooked after my first training session and I became pretty serious about it. I trained every day and prepared for all my competitions, following in Braulio’s footsteps.

Out of all your accomplishments, which is most important to you?
I have three. I really value my first black belt world title, which is the title I always wanted to have. I finished every fight with the same submission, which showed the control and accuracy I had in my fights. My European championship is also very important to me. I won all my fights by submission after having gotten third the three years previously because of referee mistakes, which was really frustrating. This time I wasn’t going to leave it in the referee’s hands and was determined to finish every fight, which I did. My final was a rematch with Alan do Nascimento and it was great. I lost to him in 2008. I finished him outside the area, but the referee didn’t count it, so I lost by two points. This time I was finally able to prove to myself and everyone else that it was my time. I got him with an inverted triangle. I also have a very special memory from when I was a blue belt. I started fighting in the adult division when I was 16 and I fought in the absolute. Gracie Barra PE had the best team in the region at the time, with many champions. I managed to win the absolute, even though I was the youngest and the lightest, showing my teacher, Ze Radiola that I was able to represent our team in the big competitions, which became the start of my hunt to become a world champion.

Do you have a most memorable match of all time?
My most memorable fight was one I had with Claudio Calasans. I’d lost to him three times, always by one advantage or two points. I really wanted to show that I was capable of winning, but he always had an awkward game for my style, as he fights for points and I fight to finish. So, in the semi final of the Abu Dhabi 2013, I went all in and I got a choke from the back in the first two minutes of the fight. I felt like I finally showed what I’m all about. Even though I might lose sometimes, I always go for the finish. I believe that’s the whole point of the sport.

What’s your signature move?
I believe that in the last three years I’ve succeeded a lot with my foot lock. I call it the “Estima Lock.” I managed to pull around 20 foot locks. I’m also known for my inverted triangles.

Has the sport changed since you first started?
I think on the competition side of things, it has surely changed a lot. I can see that a lot of the fighters are no longer fighting to finish, but to win on advantages. They are afraid to commit. However, I can also see many different fighters fighting for the finish, which makes BJJ more exciting and valuable. I think the level of fighters is a lot better, too. They are all more like real athletes than before. In the past, guys who weren’t very healthy could still win because they had talent, but now that’s not enough. Also, some fighters used to win because they were very good at one thing, but now we have to be great in every part of the game to win. I believe all of these things are part of the evolution of the sport. 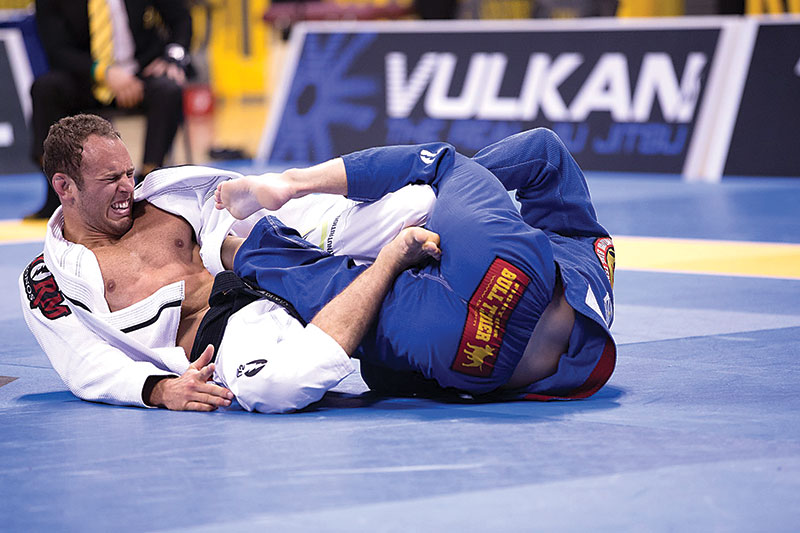 Are there any changes you’d like to see in competition in the future?
Yes, I believe that the 50/50 rule should be reviewed as it’s allowing fighters to go into that to slow the game down when they are afraid to commit. So, I think they should make a rule that if there is no action in the real offense of the game, they should stop and restart the fighters standing.

Who is your biggest rival at tournaments and/or the person who has beaten you that you strive to beat?
I have two major opponents. The first is Marcelo Garcia and the other is Claudio Calasans, but Marcelinho is the only one I wasn’t able to overcome. I have so much respect for him, as he is an amazing fighter. I hope one day he is back competing so I have another chance to test myself against such a great fighter.

What do you love the most about the gentle art?
I love the fact I am always learning and I never get bored of training. Jiu-jitsu allows me to continue to develop and evolve in the sport and personally. It’s the kind of sport I will be able to practice even when I am an old man. The words already say “Gentle Art.” If a smaller person can overcome someone bigger, what’s not to respect and love about the sport? 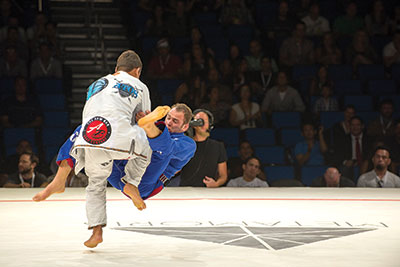 Who inspires you the most in BJJ?
I have had my brother as a great source of inspiration since the beginning of my career. He’s managed to achieve so much and what he’s done is amazing. I also have a lot of respect for all the competitors that are no longer that young and still showcase amazing performances, like Megaton. Roger Gracie is on my list as well. I really admire the guy and have learned a lot from him. 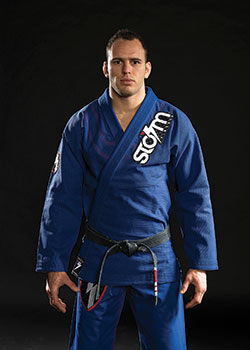 What is your personal motivation to train in jiu-jitsu?
MY SON

What would you like to relay to lower level belts struggling in jiu-jitsu?
There is one thing that will help anybody achieve what they want. Don’t be afraid to lose or fail in training or when competing. A big ego and staying in your comfort zone are the two biggest enemies of success.

How has jiu-jitsu changed your life?
It has given me the opportunity to see the world and live the dream. When I was young, I didn’t know what I wanted to be when I grew up. I knew I loved training and traveling, but in my city we didn’t have many people making a living from BJJ, so I didn’t know it was possible. I believed that I could become something, but I didn’t know what. Through jiu-jitsu, I discovered my passion to teach and to help people to become healthier and happier people and in turn, that has made me healthier and happier.